A small garden extends along the back wall of the prison’s east wing – Our Garden. The selection of plants in this garden is based on the herbaria kept by Rosa Luxemburg, who – even while imprisoned – botanized with great skill and enthusiasm, and also collected, botanically recorded, described, and dried plants from her surroundings or that were brought to her by her friends in her surviving notebooks.

The work draws on herbaria from between 1913 and 1917, which I used to put together a little, seasonally-experienceable piece of Rosa Luxemburg’s legacy, and which forms a bridge to Martin Luther through two apple trees.

Growing to the left of the path (as a kind of welcome, you could say) is the “Martin Luther apple” – a new breed cultivated by the Barnimer tree nurseries and a classic autumn apple, yellow with reddish cheeks.
To the right are Japanese quinces, surrounded by spring anemones and high-stalked primroses, the keys to heaven.

Diagonally opposite the “Martin Luther apple” – as a counterpart to the breeding, so to speak, and one of the sources of the apple varieties known to us today – we have Malus sylvestris, colloquially known as the “crab apple” or even the “cherry apple” because of the shape of its fruit, which resembles a cherry.
Lilacs, summer guelder rose, arborvitae, elder, mahonia and hornbeam are complemented with geraniums, daisies, cineraria, thrifts, larkspur and saxifrage. Woodruff and lily-of-the-valley thrive in the shady areas.

Growing along the path leading through the garden is plantain, which can easily withstand a few feet walking over it. 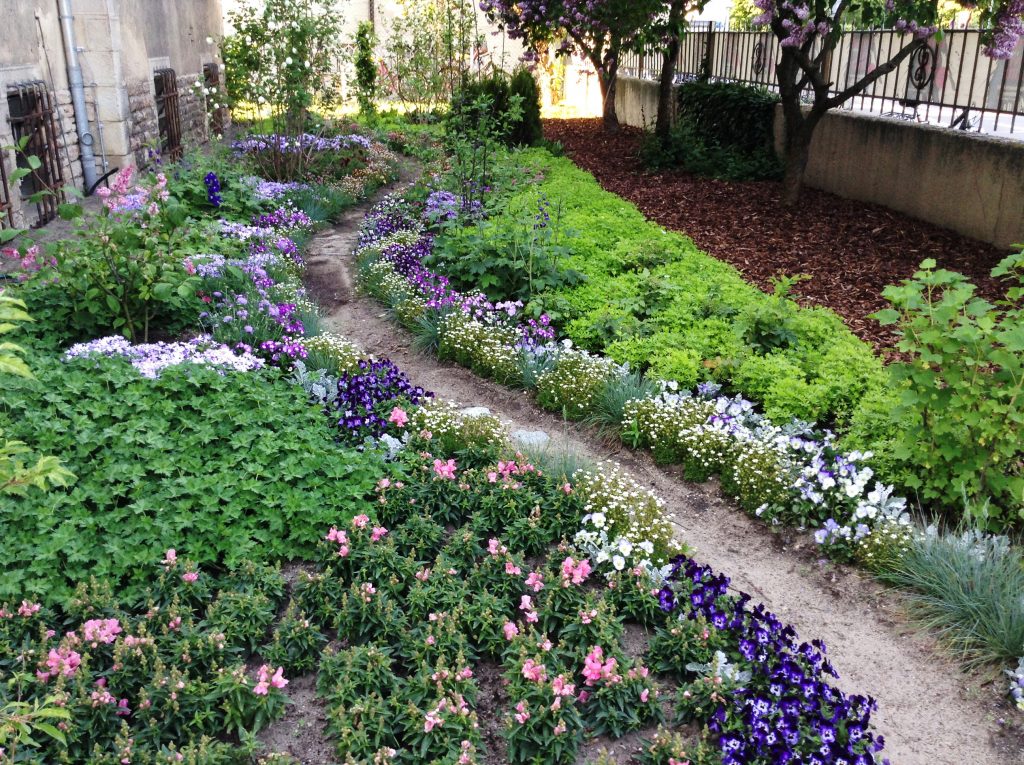