Antje Majewski used the opportunity given to her by Clémentine Deliss to use the Weltkulturen Labor to choose many items from the vast collections of the Weltkulturen Museum. She arranged them on tables around her own seven objects which are at the center of her World of Gimel, giving them a new context by objects from all corners of the world that she felt were connected to them – by materiality or (symbolical) use. Since the labor itself is not open to the public, Majewski then doubled all these objects into the the second floor of the same building. Here she again set up tables, but this time with items she had bought on the fleemarket which happens to be right in front of the villa. She found astonishing things, such as stone age instruments that came from illegal diggings; a fossiled shell; an ivory penis from the collection of an old man that had died recently, and who had travelled the world in the 1920’s; tools; incense and others.
In the Papa New Guinean fertility ritual that she had been researching for her paintings of I go get the Good Things, you follow me, the sacred stones have to be smeared with pig fat, while songs are sung. She couldn’t have done that with the original stone artifacts she was portraying in her paintings, so she decided to do it with their doubles, the stone age tools from around Frankfurt (and Rügen).
She also could make the objects leave her own temporary collection again, making them circulate further by giving them as gifts to the friends and museum staff that helped her during her stay. They all could select an object from the table.

The photos show first the objects from the collection of the Weltkulturen Museum, layed out around one of the World of Gimel objects; and their doubles from the flee market.

See also:
I go get the Good Things, you follow me 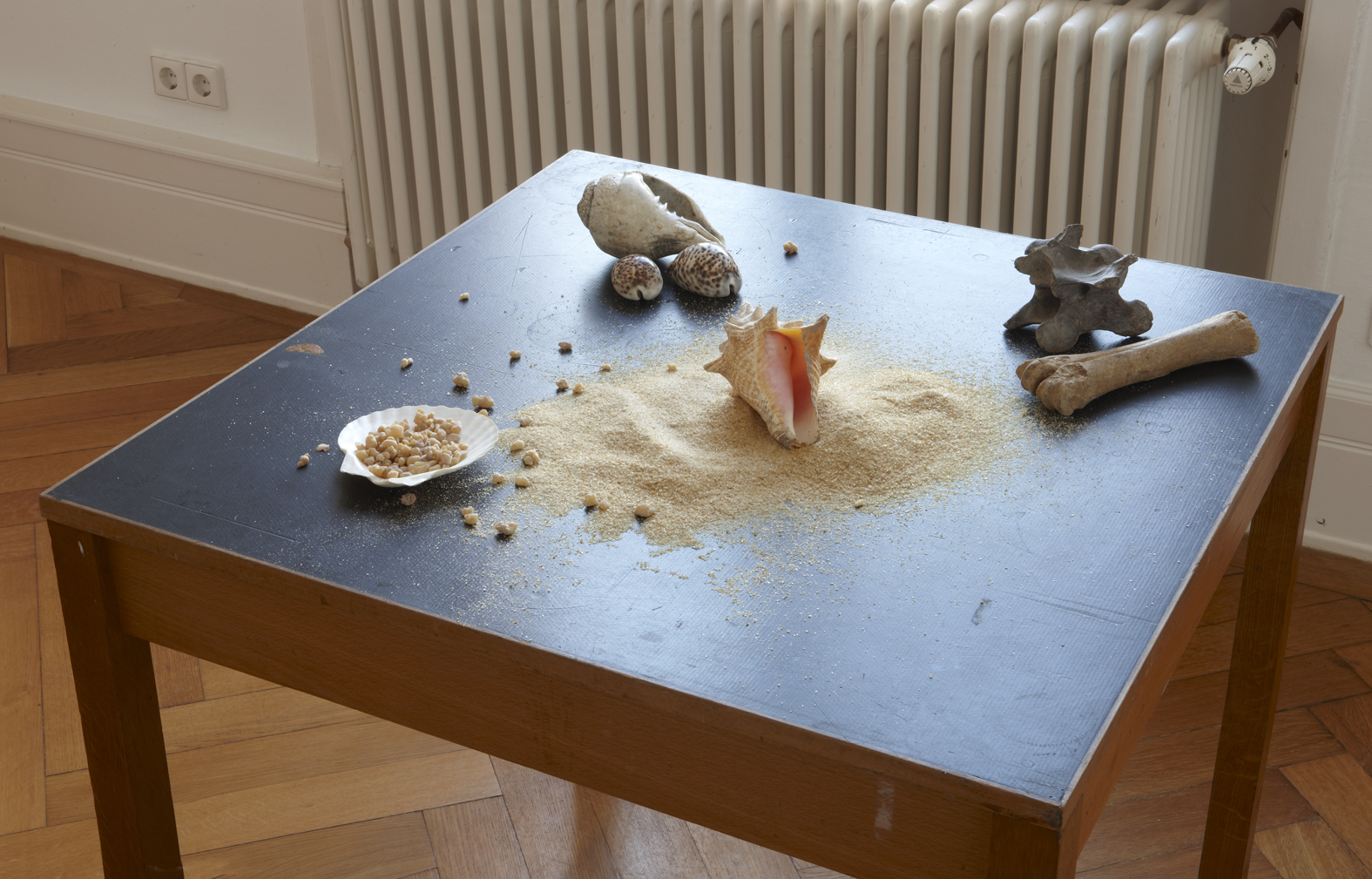 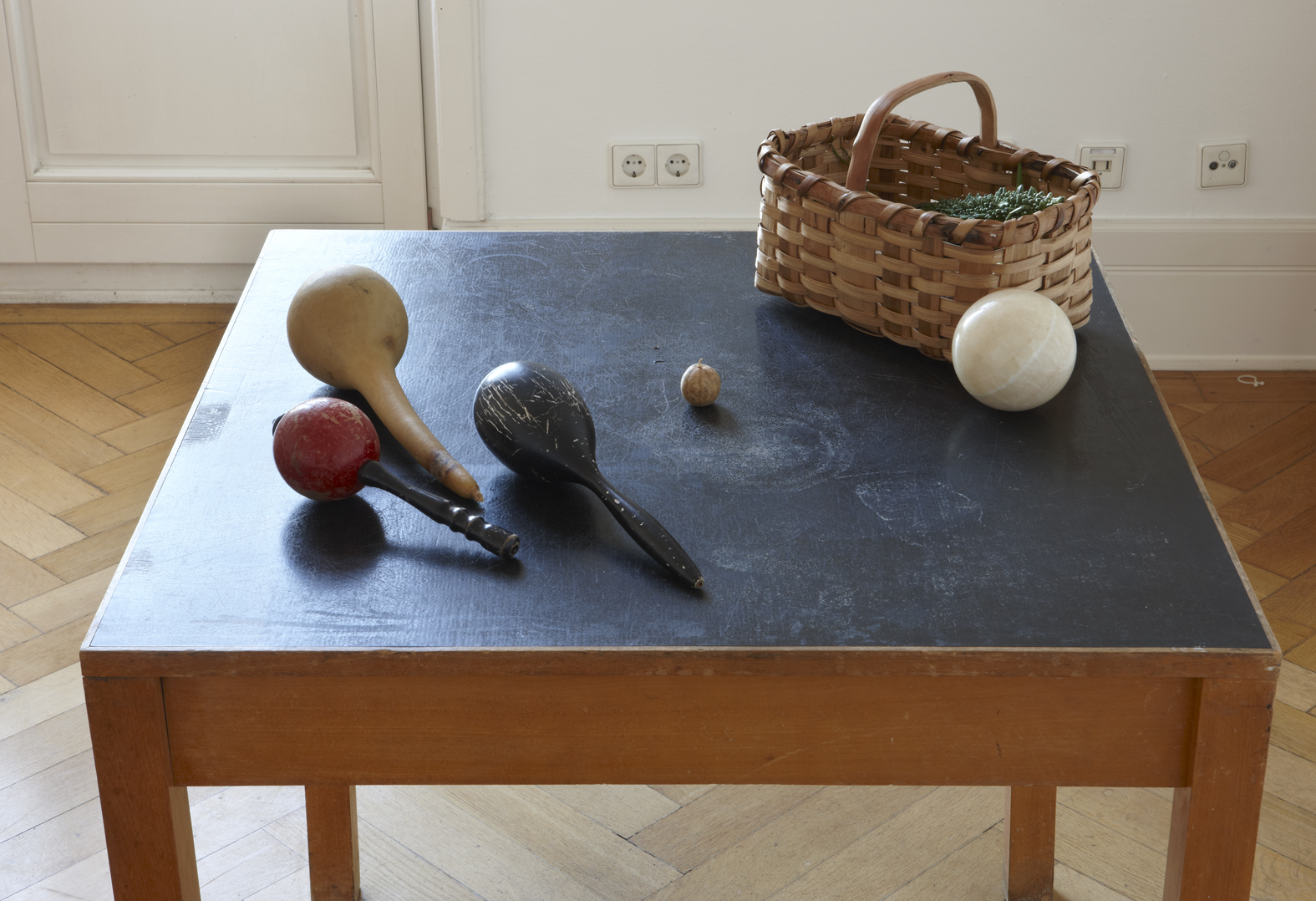 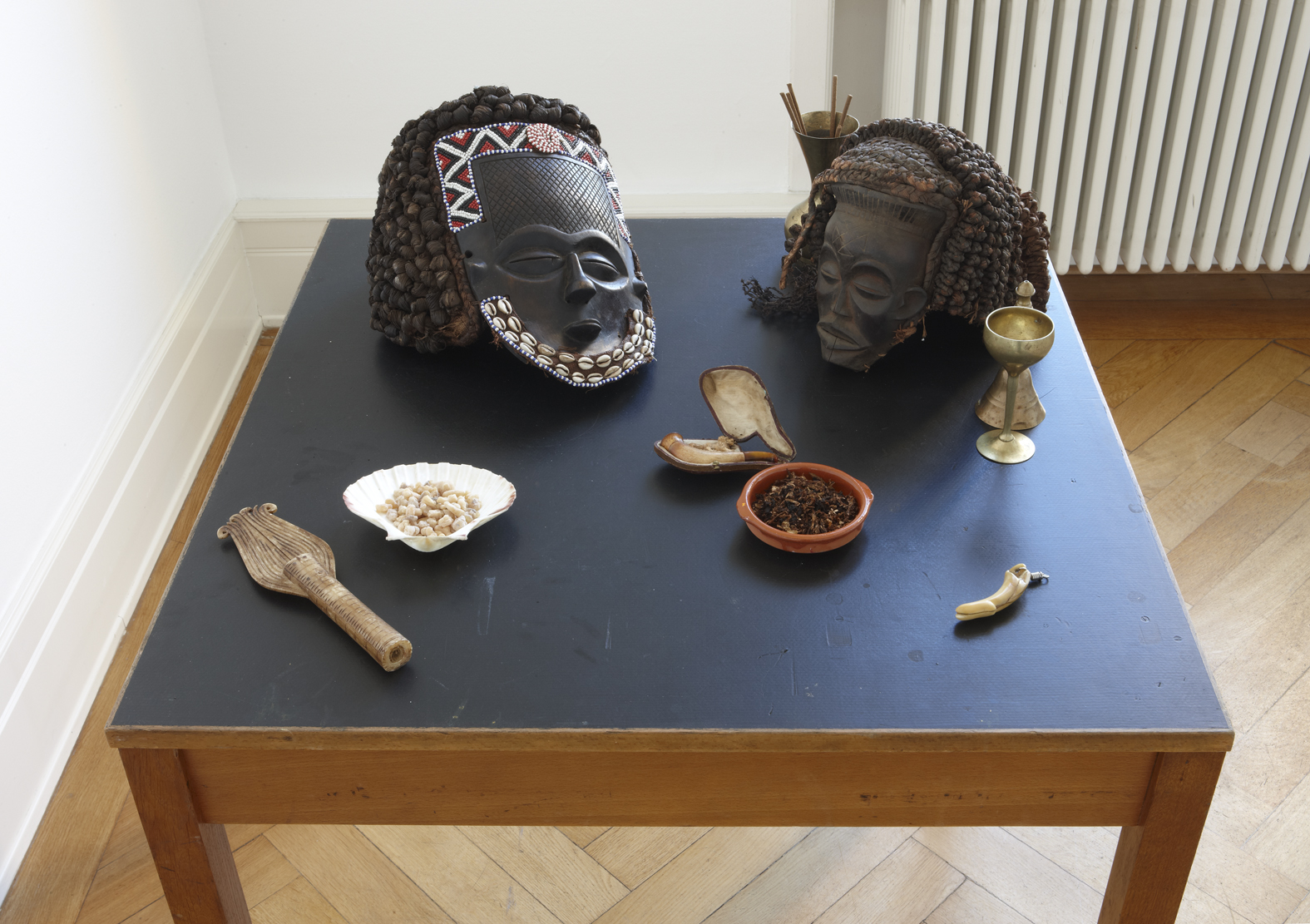 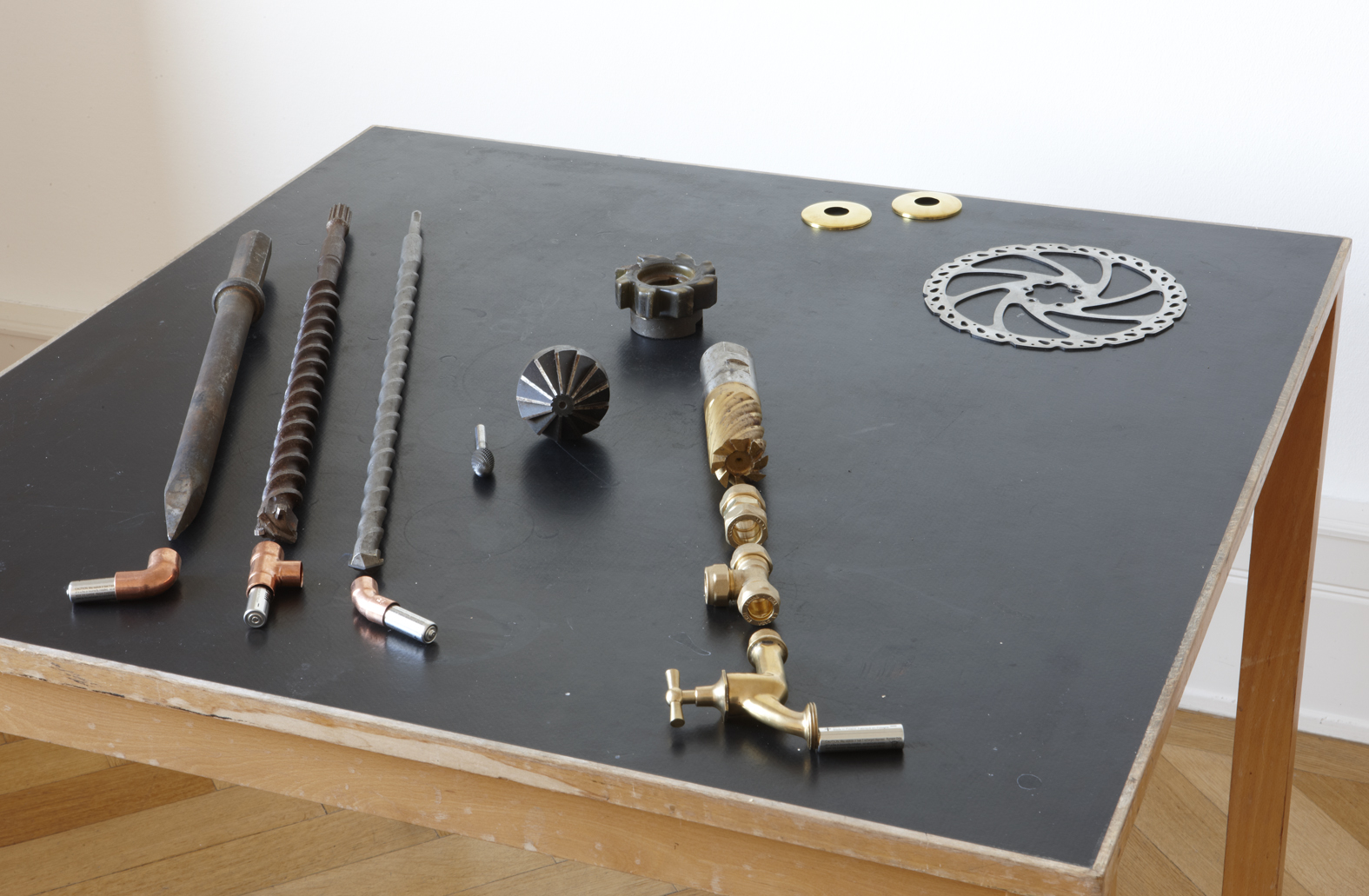 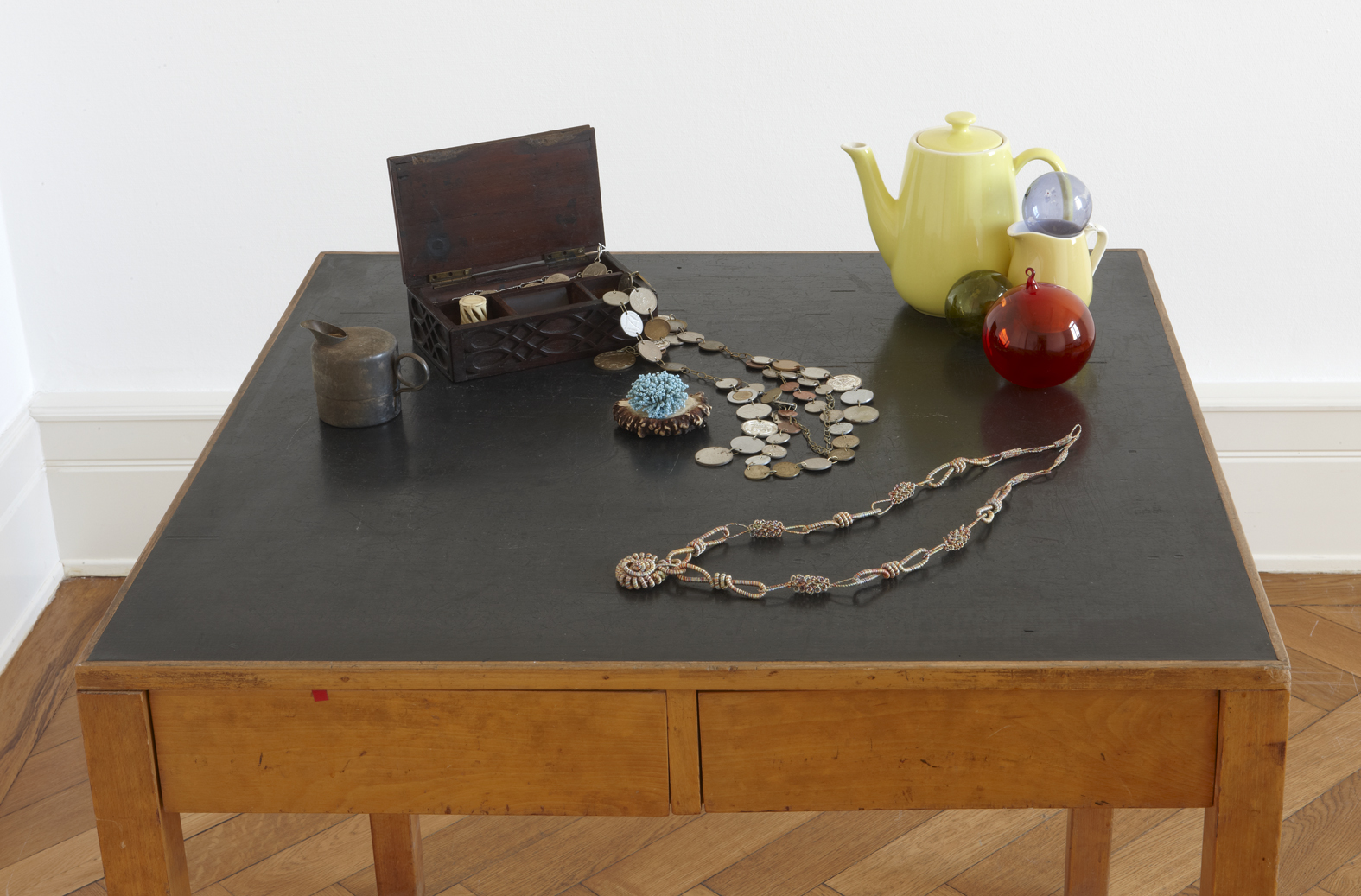 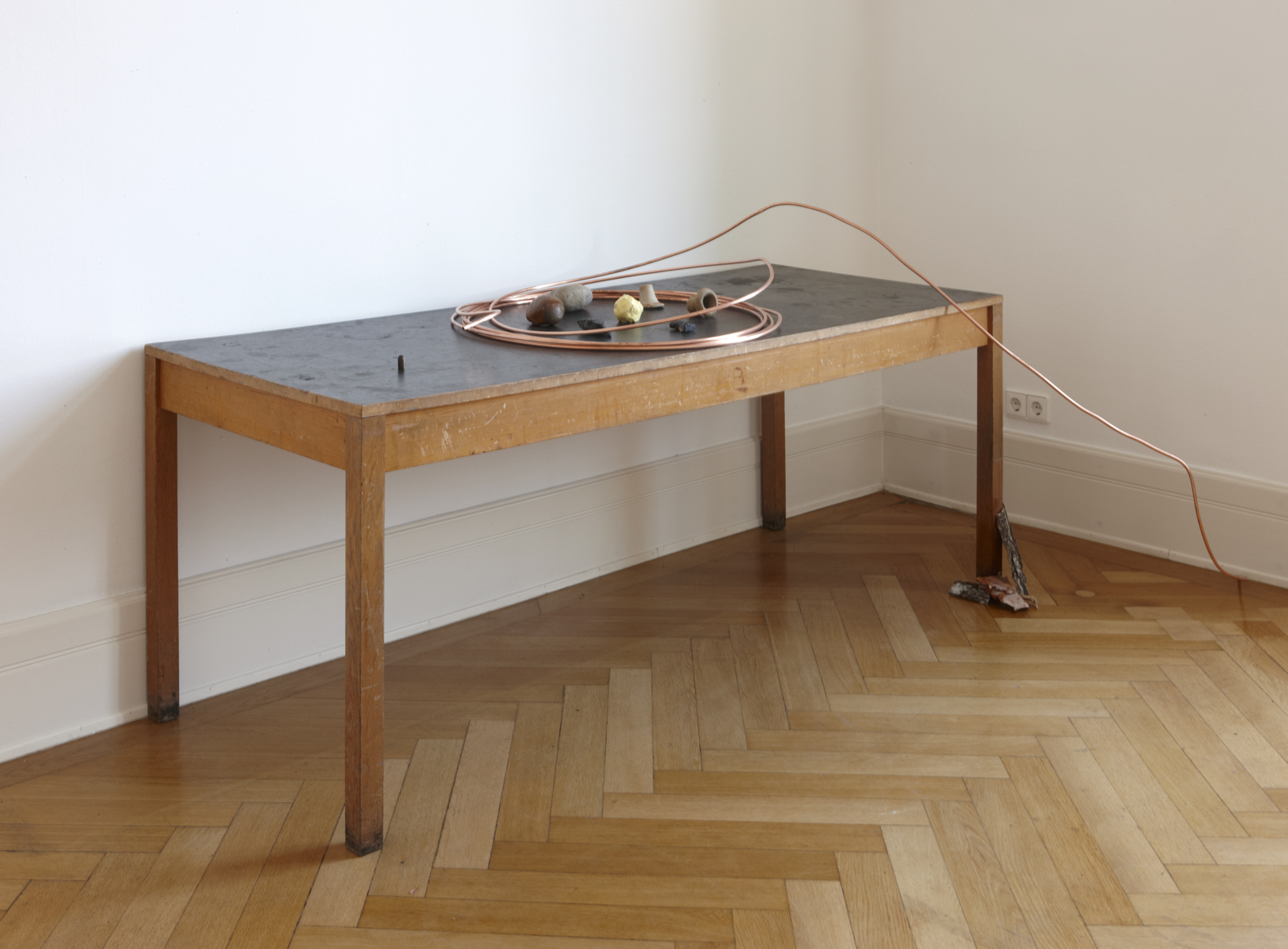 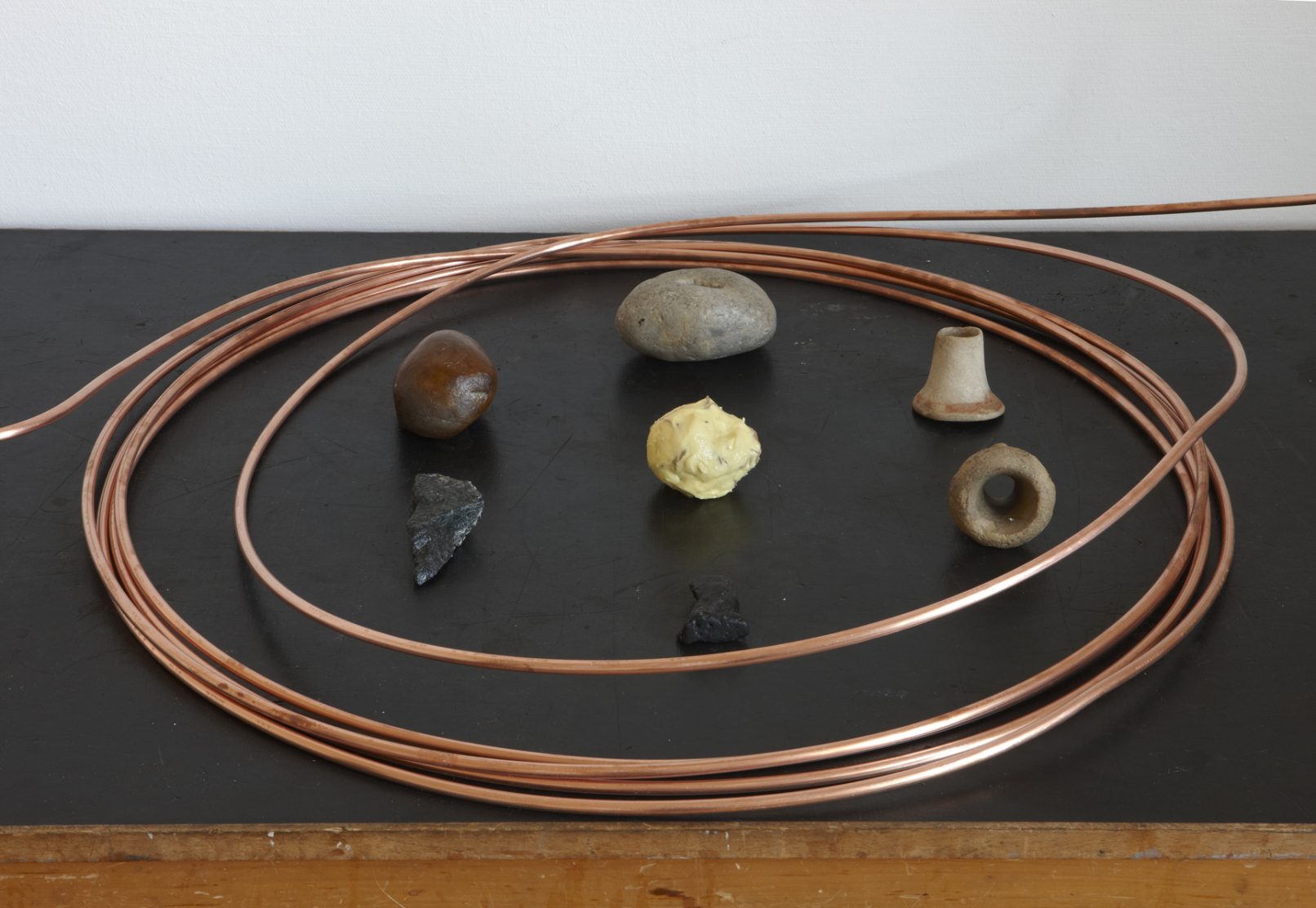 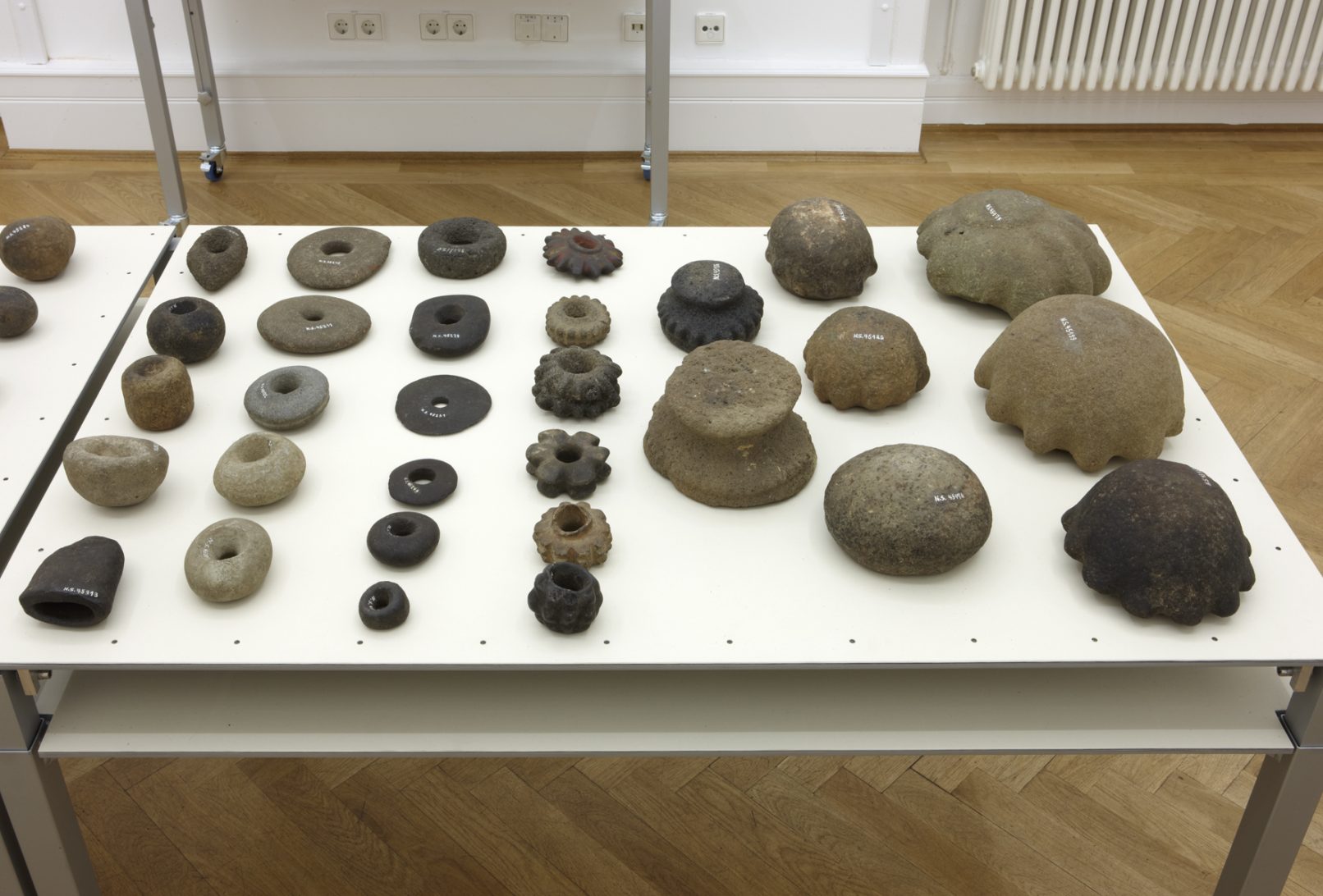 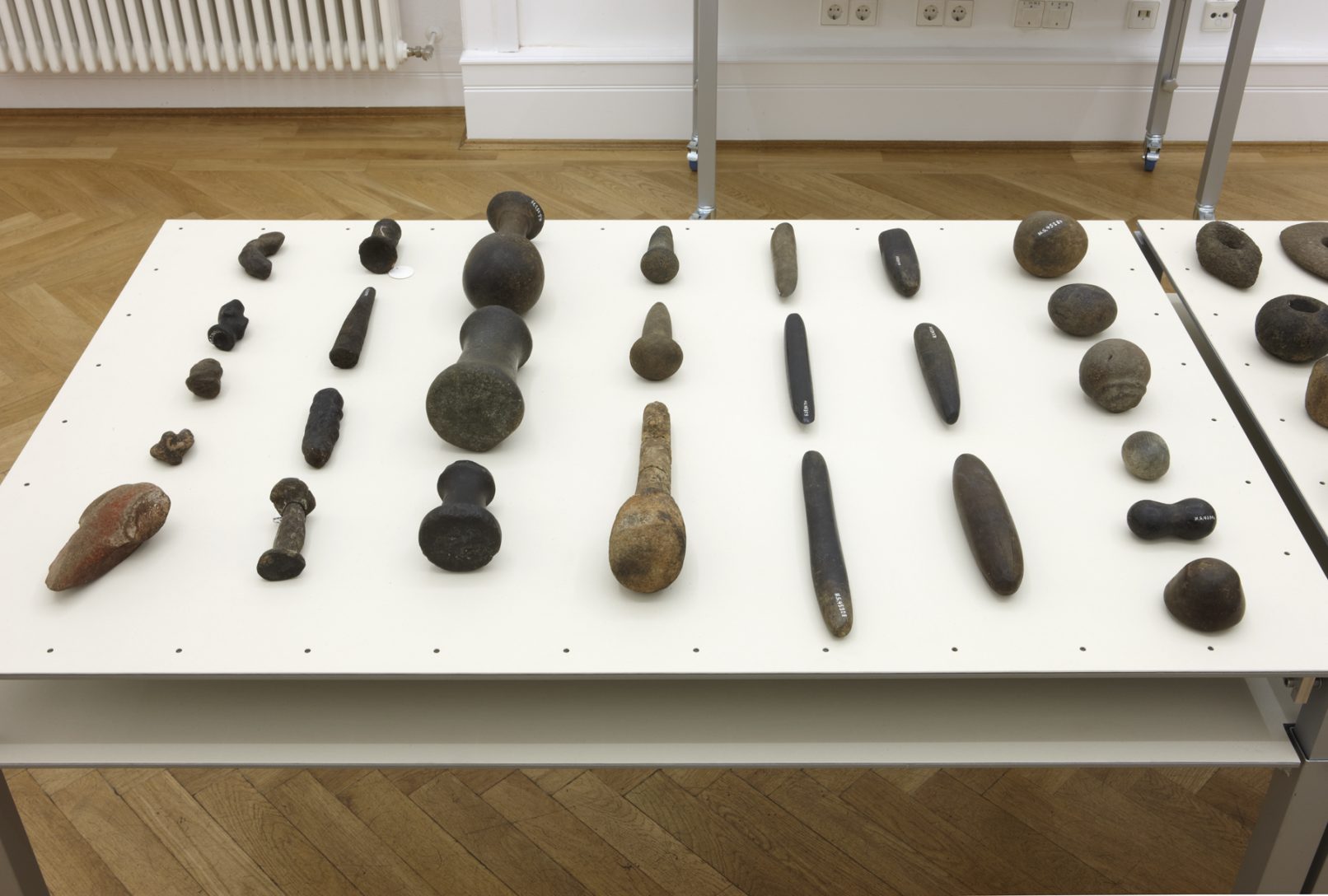 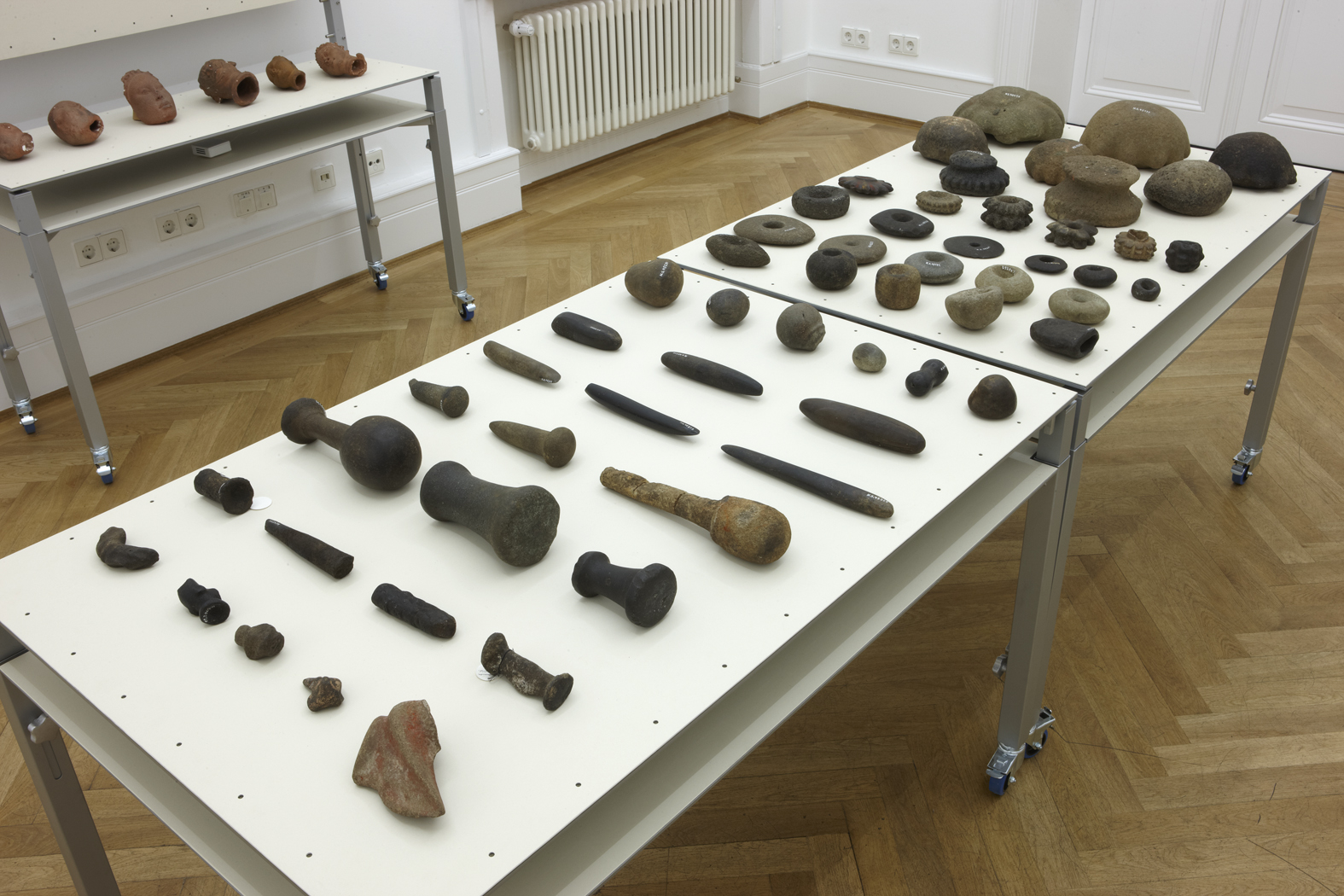 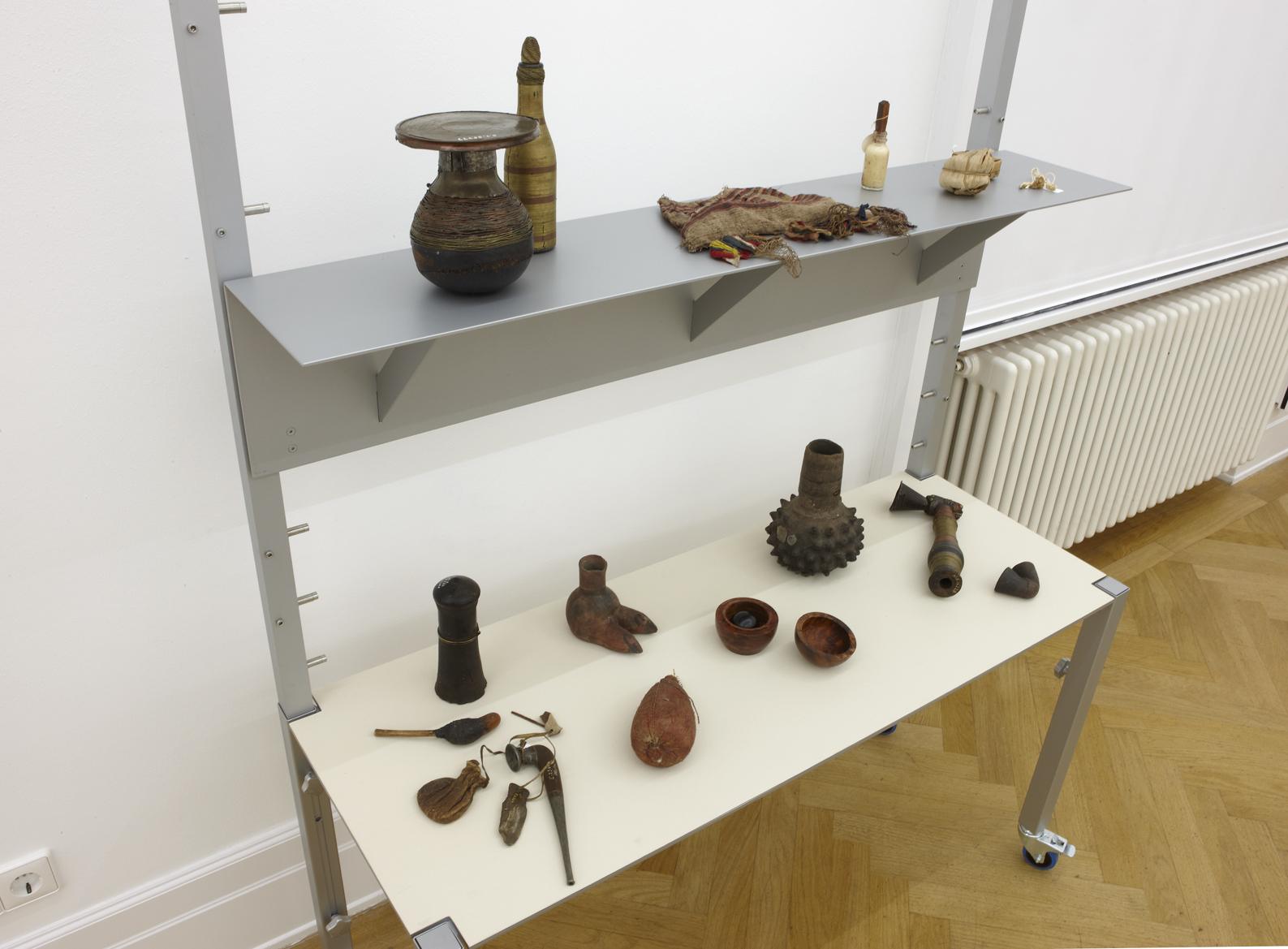 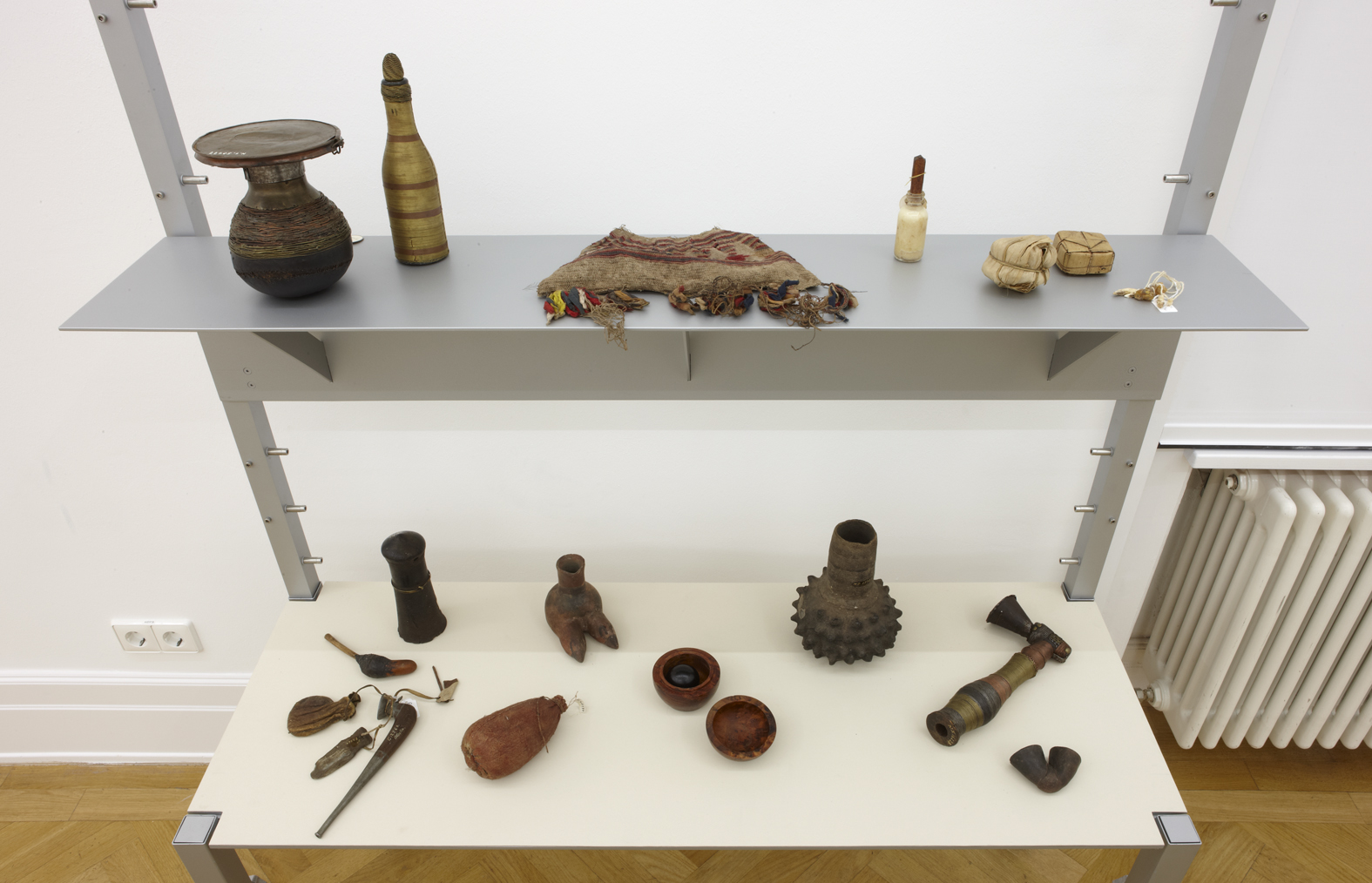 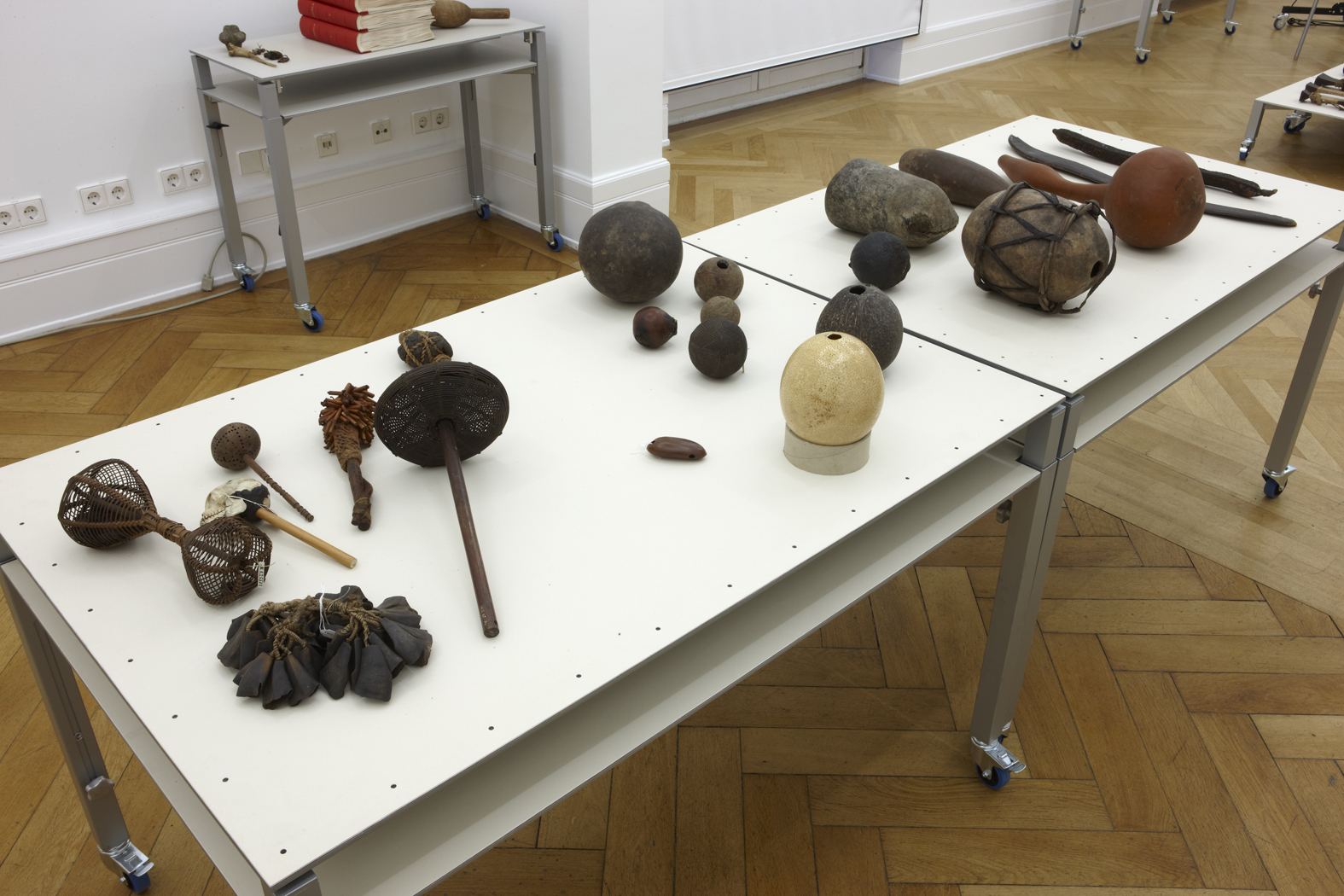 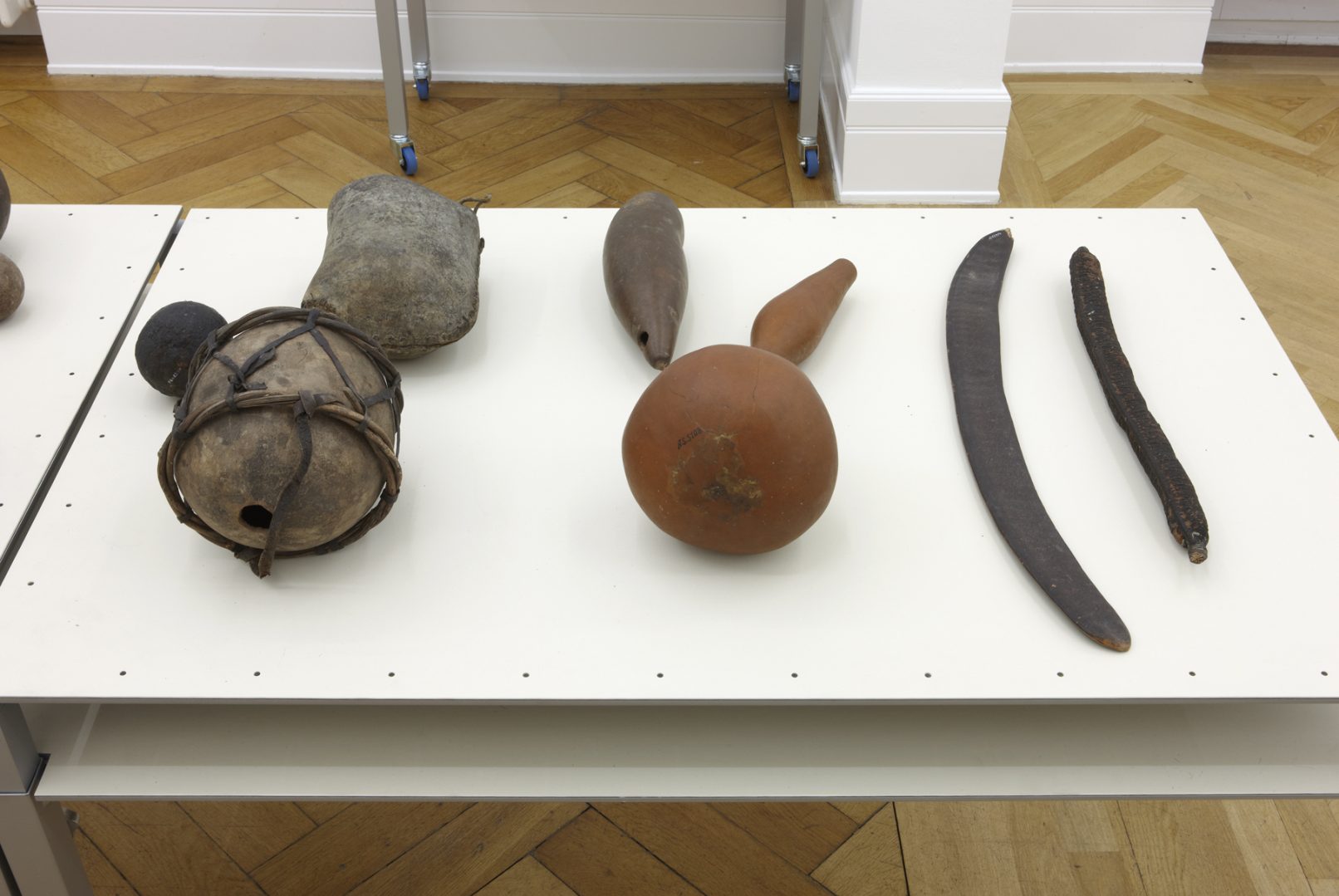 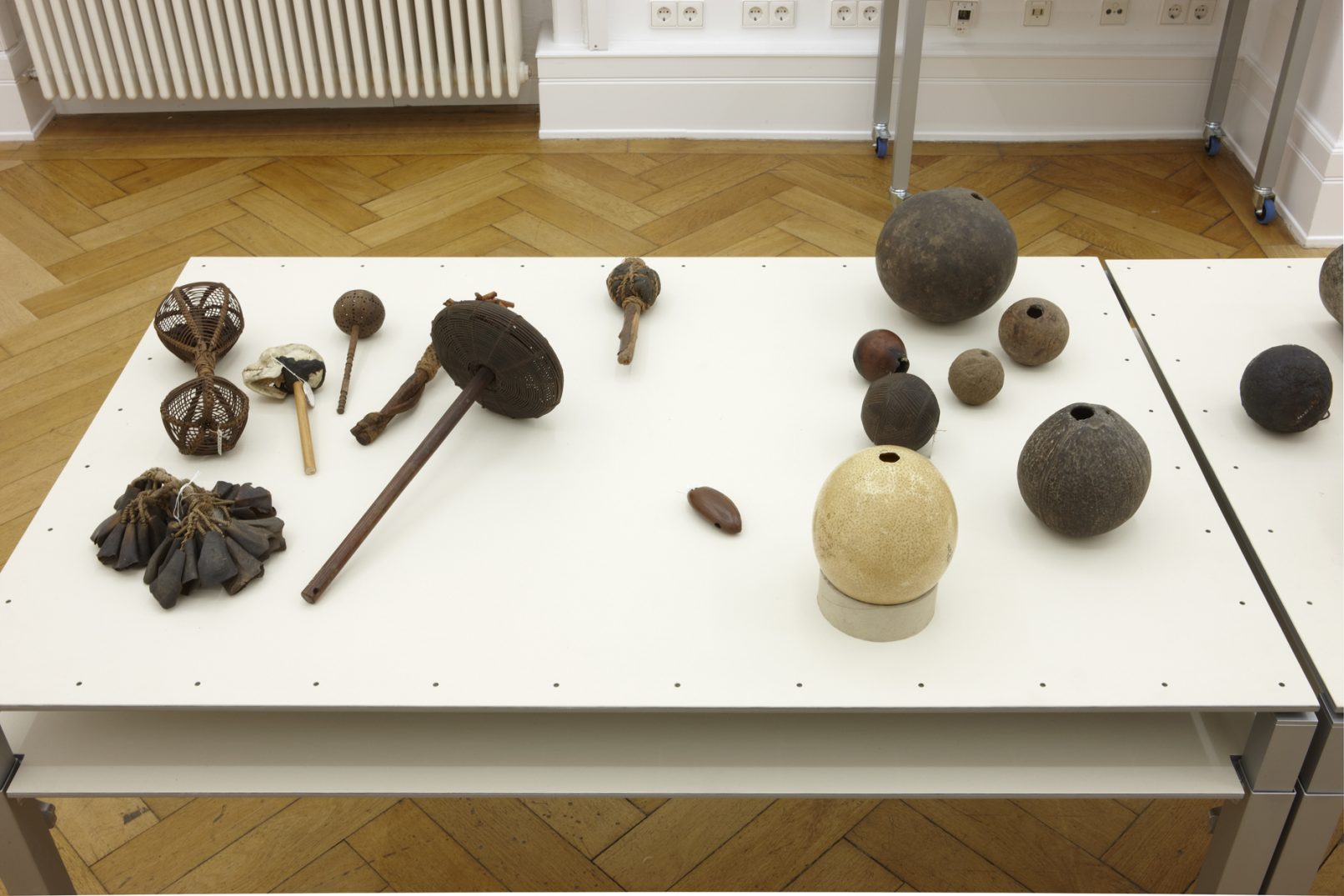 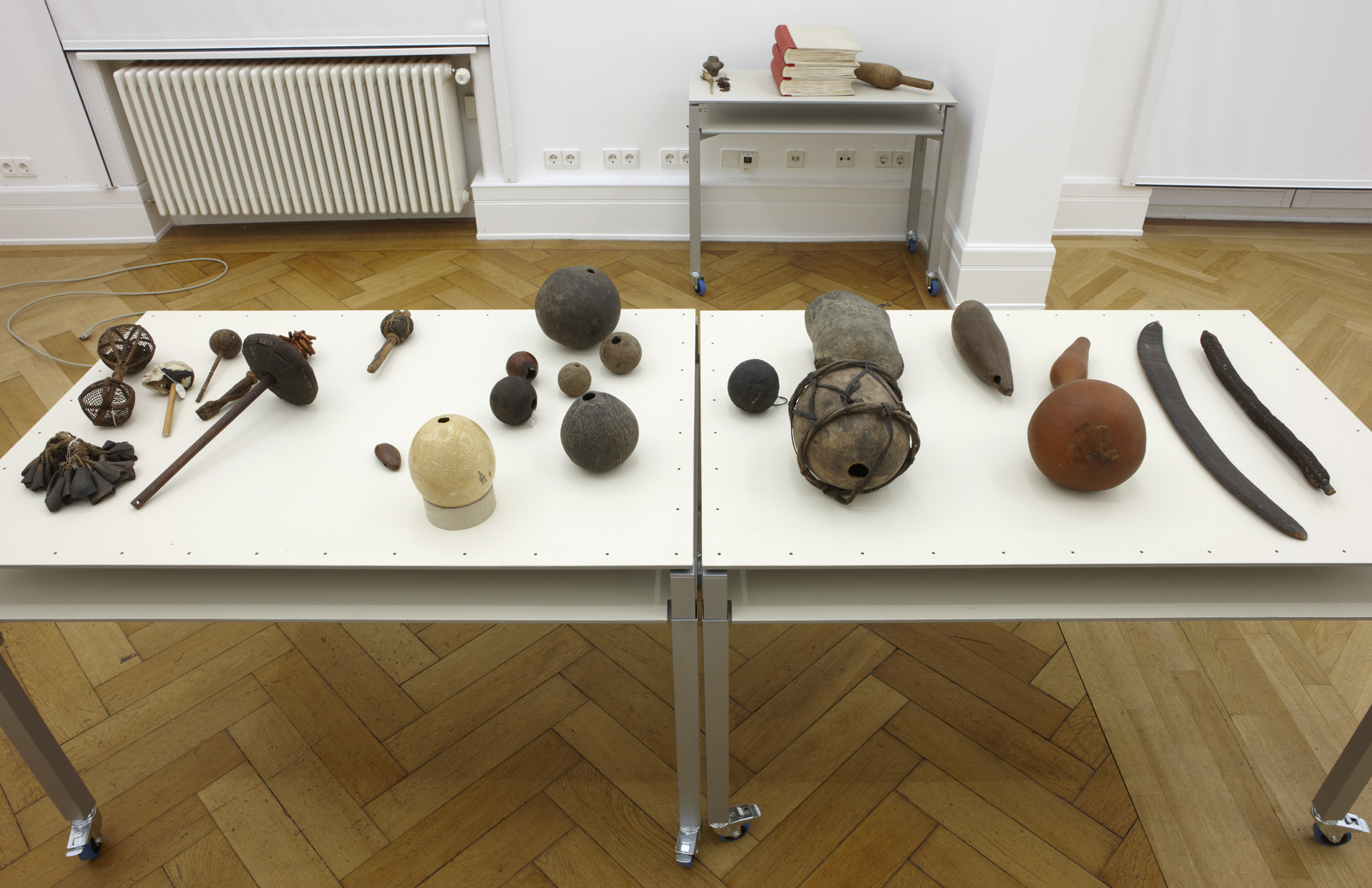 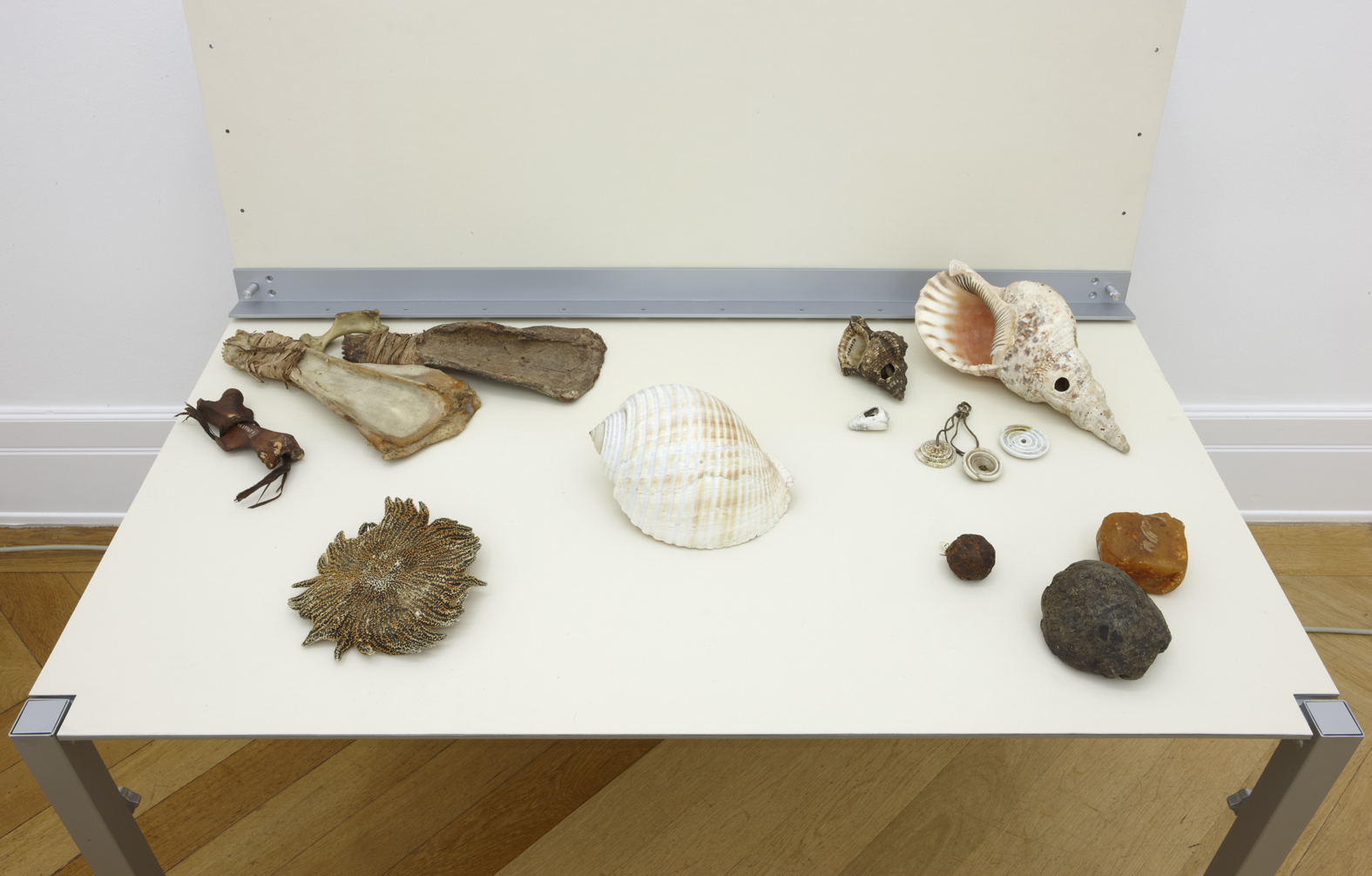 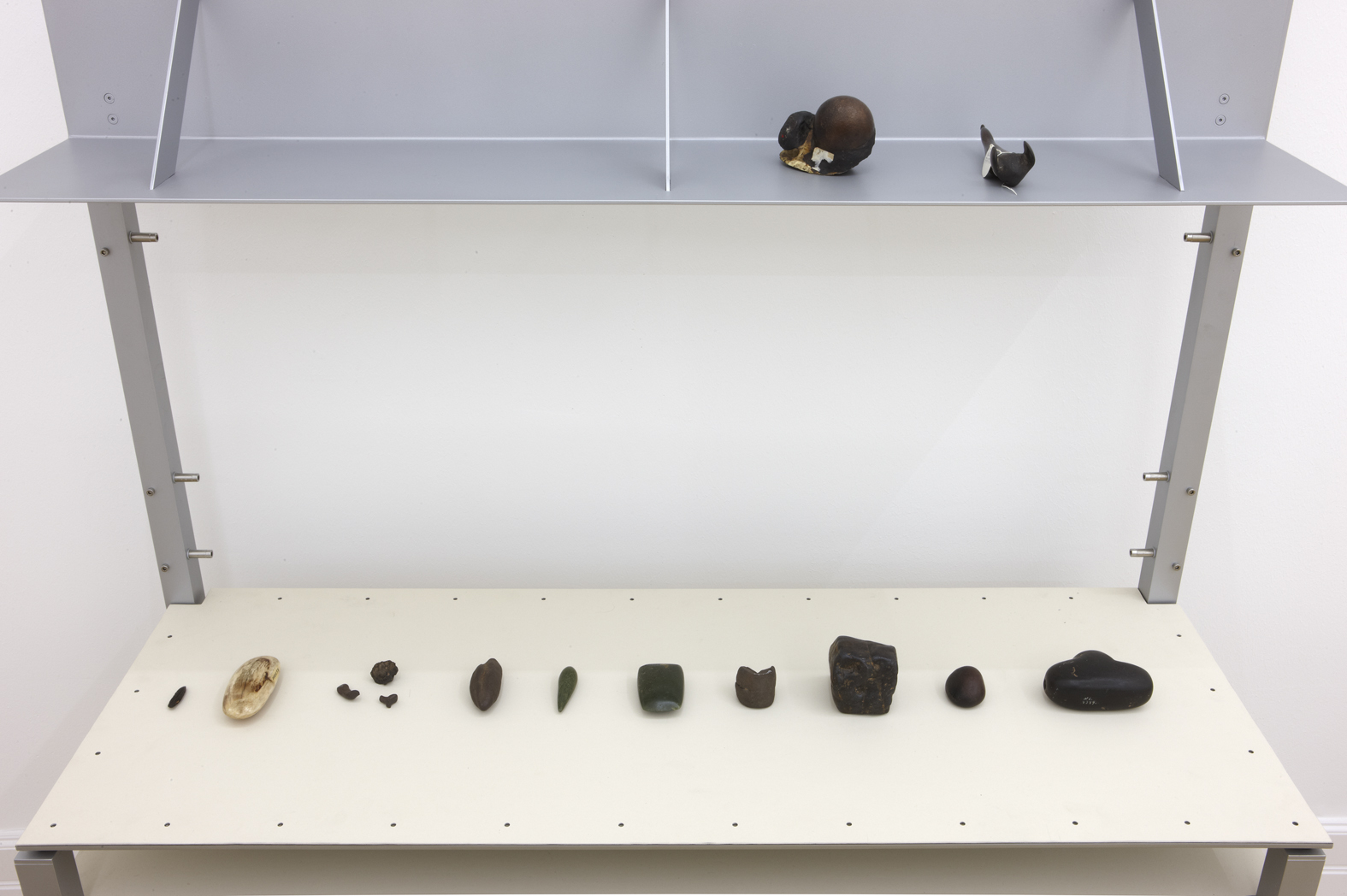 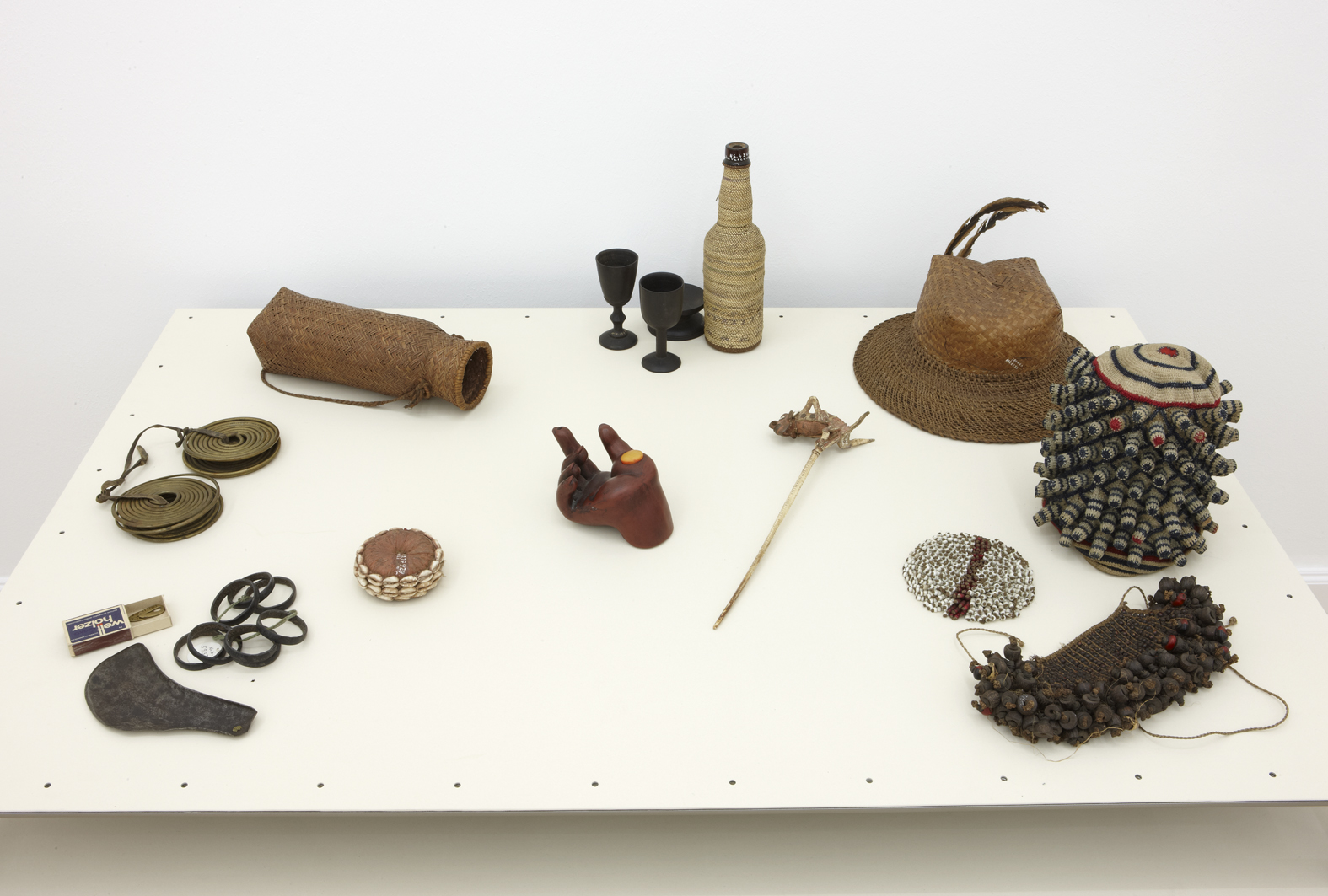 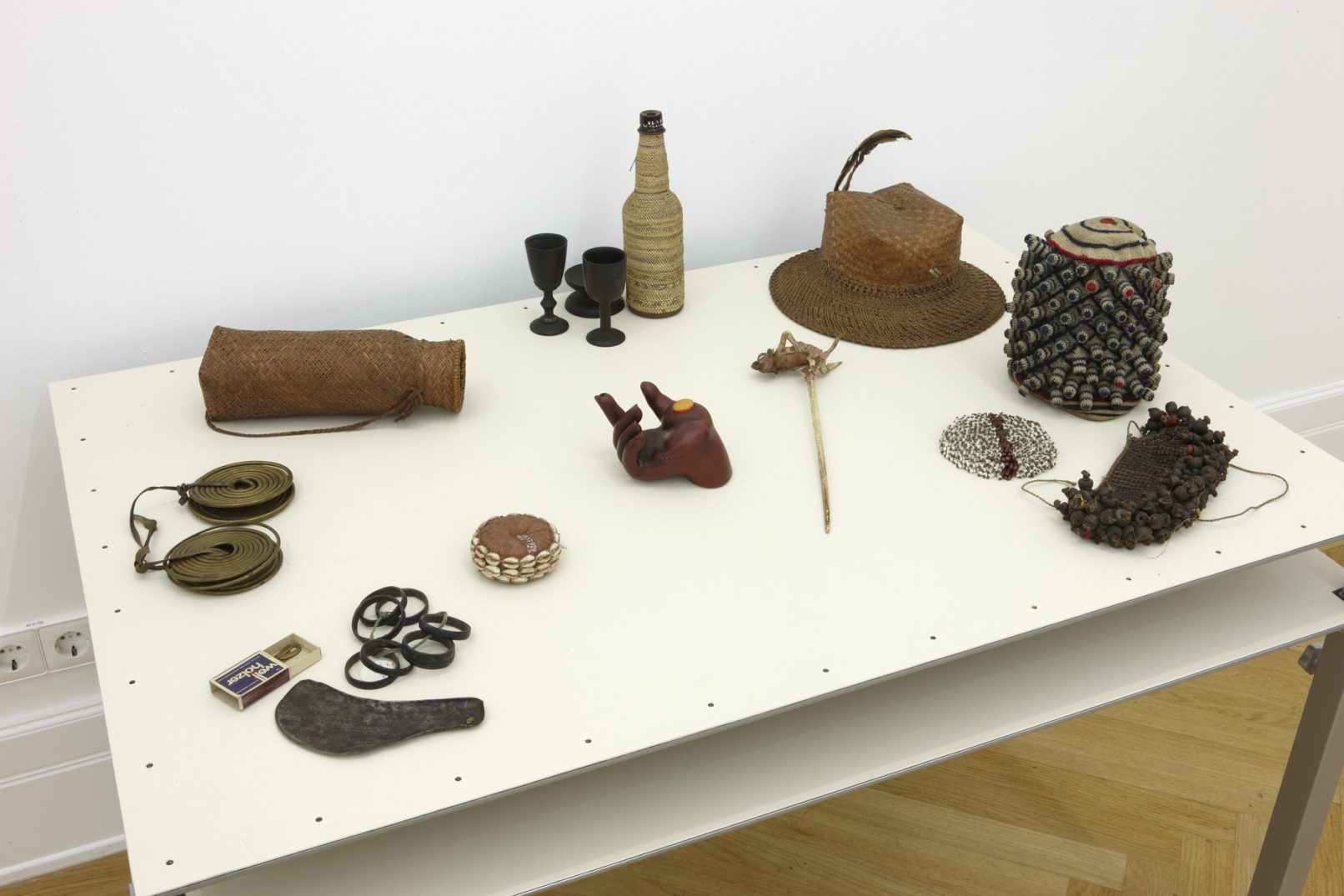 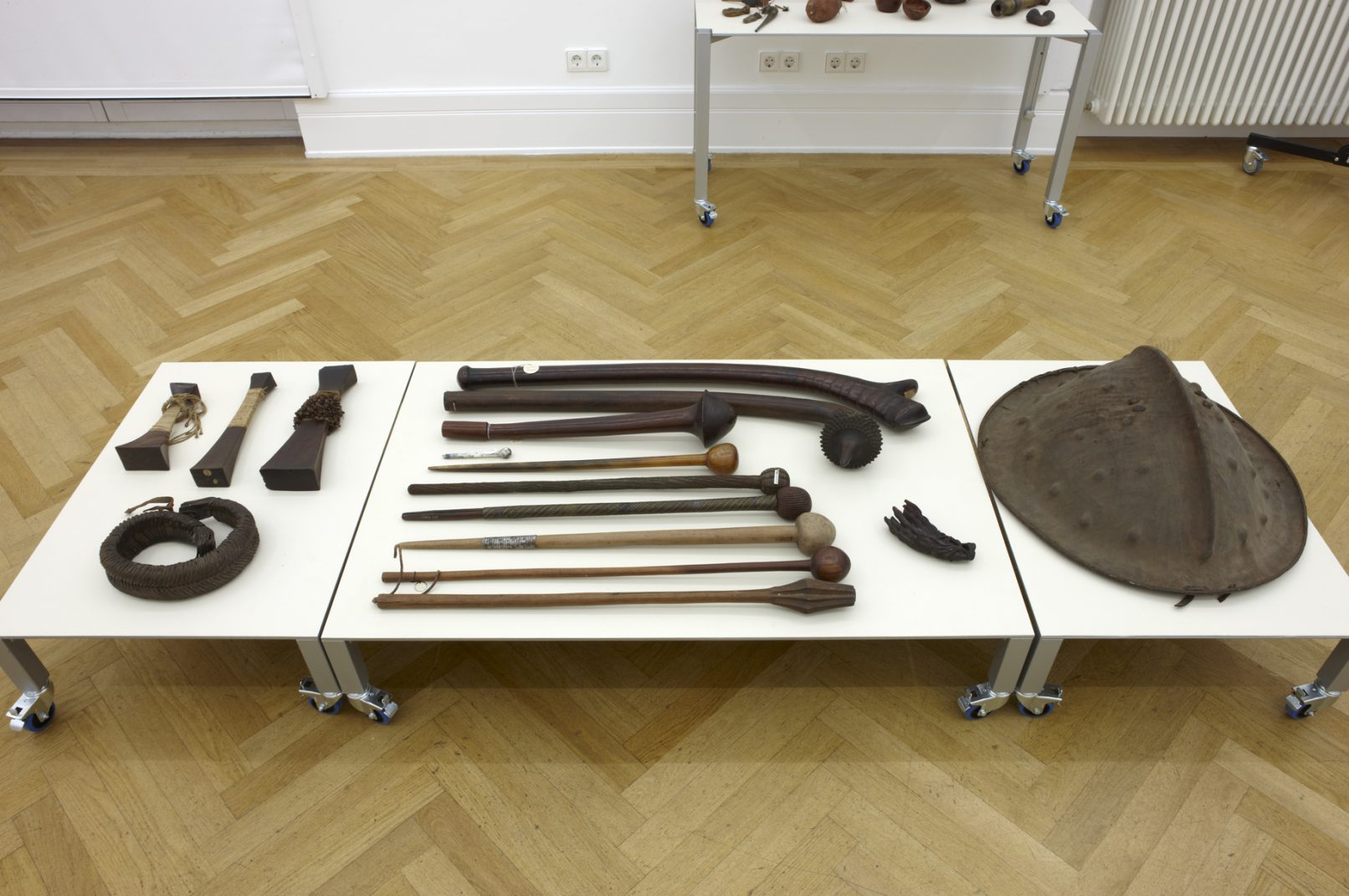 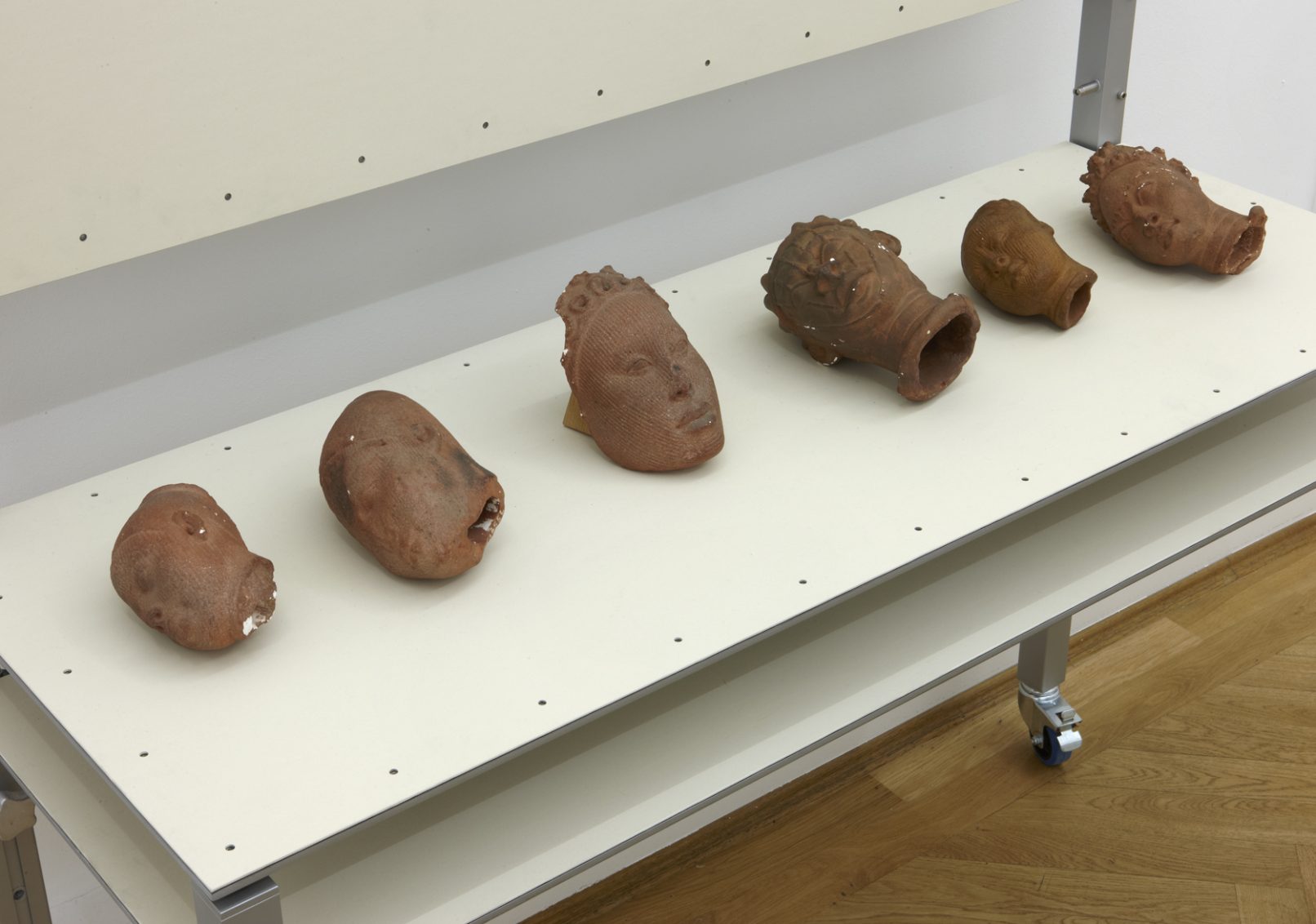