Mal de ojo is Spanish and can mean illness of the eye, but also „evil eye“. The exhibition at neugerriemschneider, 2005 consisted of nine rather small paintings, three photo collages and a curtain. The lower half of the room was painted in a vivid yellow, set up against the upper white half by a small green stripe. On the ceiling I had put a lot of garlands. The title also referred to the strange perspectives I used in some of the paintings, and finally with an interest in brujeria (witchcraft) and the survival of ancient religions in México.

I had spent the winter of 2004/05 in México and felt strangely attracted to Mexican mythologies and tales [1]. They come in many layers: from the different cultures and empires of the pre-Spanish times to the eclectic Catholicism that was result of a fusion of the two cultures (extending itself to embrace such exotic saints as the Santa Muerte [2], the Holy Death), to modern influences like Santeria (an Afro-Cuban-American religion) and Protestant sects in the Indio regions of the South. But all of them are preoccupied with death and blood.

At the time I was mainly thinking about two thematic complexes that are interlinked: death and dead people (especially mummies, for the Mummies-series) and the underworld, reign of the dead material (especially when connected to mining, because we were planning Skarbek).

Karnevalsszene mit zwei Beobachtern (Festival scene with two observers) shows quite well how we inserted ourselves into this panoptic, becoming a part of it, but maybe more of an already existing representation rather than the real thing.

We first went on a trip to the mountains and deserts of the north, to visit the old mining cities [3] in Real de Catorce. We found a lot of legends connected to mining and ghosts of the mountains, that were very similar to the ones of the mining city of Bytom in Poland. In Real de Catorce, the Lord of the Mountains is called El Jergas [4]. Like the Polish Skarbek, he can give and take fortunes, kill people and make them live hundreds of years. [5]

In the ancient mining town of Guanajuato, the mineral soil and the very dry climate have preserved dead people that have been in it only for some decades. It is very touching to see mummified babies in the first plastic diapers that came into use. The photo of the mummy for “??” was taken in there, and collaged together with a mask.[6]

Bergleute (Miners), a photo collage, shows two miniature miners being discovered by a girl that doesn’t seem very real herself. The miners were from a mineralogical collection of the University in Guanajuato. It was also in where I also found the Pyrit (Pyrite). [7] Even nowadays a lot of people believe crystals to be somehow full of a life of their own, probably due to the fact that they seem to grow by themselves according to an inner law, like we do [8]. And the idea that their movements are so slow, their “lifespan” is so incredibly long, make them seem almost god-like. [9] I had been collecting stones and shells for a while; I was interested in crystals, because they are the only natural objects that actually conform to the cubist’s ideas. They are the direct opposite of Twigs. Where crystals form essential three-dimensional objects, twigs are lines that’s spatiality is so difficult to paint that it becomes almost as impossible as painting sand (tiny dots). Since I wanted to try to leave the use of photos more and more behind, and to explore other possibilities of depicting reality, a pyrite was very good testing ground for a representation of the volume of things[10].

This could of course just as well be exercised on a man-made object like the Zwei Plastikhocker (Two Plastic stools) that had been bandaged with tape to hold together. Here I tried to work with parallel perspective. The fact that someone had taped them as if they had a broken leg and chest, like an animal or human being cast some spell on them, as if something had to feel pain in order to belong to the world of the living. Someone had taken care of them.

Eisentreppe (Iron staircase) is another spatial exercise. I collaged several photos together and obtained a space that is at the same time very convincing and not quite correct. The space is mainly defined by the shadow and light on the bright yellow walls. The stairs themselves seems very unstable, fragile, slightly distorted; you need some trust to use them. I saw them in the windblown city of Salina Cruz, where we stayed near the giant harbor.

After two months we arrived in the house we had rented in San Cristóbal de las Casas in Chiapas, and I realized that I had learned enough Spanish to be able to go around asking for aluminum sheets. I got to know all the outskirts of this strange town [11] but had to content myself with wood, on which I painted the pictures for the show. During this month I had a broken rib and kept working, talking only to my husband and my very superstitious cleaning lady.  A lot of Indígenos live in or visit San Cristóbal every day, and their beliefs, even their way of dressing go way back to the days before the Spanish arrived. [12].

Xoloitzcuintles are a very ancient Mexican breed of dogs without hairs[13]. The Aztecs loved them for various reasons; they had them as pets, used them as living hot-water bottles– a very cold night was called a “Three Dog Night” – and ate them in large quantities. They were also considered to be curative for anything from rheumatism to stomach pains (applied from the outside as well as from the inside). Finally it was very important to have owned a dog in your lifetime, because one legend says that after death you will find yourself in front of a huge river, which you can’t cross without the help of your Xoloitzcuintle [14]. The Aztecs connected them with the god of death Xoloti; their skeletons and mummies were found in many pre-Columbian graves [15]. After their near extinction – because of their human-like skin they were used for the testing of gas in WWI – some Mexican enthusiasts started to breed them again. Amongst them were Frida Kahlo and Diego Rivera, as well as their wealthy friend, the late Dolores Alameda. It was in her park that I photographed some of these rare dogs next to a bronze sculpture of a Xolo; because of the strange color of their naked skin they resembled the bronze to a degree that in my painting it is hard to tell which is alive and which is dead.

They are all dead, of course, being part of a painting. For the show I was probably most interested in the illusion of life that painting can give. Even constructivist paintings seem “alive”, compared to the same pattern on a computer screen. The more cracks a Mondrian painting has, the more it seems to “breathe”.

In Der Steinmann (The Stone Man) I took a stone figure from the Museo Nacional de Antropología and put it on a multicolored chair [16] that I had seen in the lobby of our Hotel in México City. The Stone Man is very soft, very round, very fleshy; and even if it is clearly not a human being, to me he is alive.

Der Schauspieler Kaveh Parmas stellt einen Toten dar (The actor Kaveh Parmas plays a dead person) goes the other way around: a living human being shows his art by “becoming” a dead person. Kaveh Parmas is a very gifted actor who is playing with Claudio Valdés Kuri and the Teatro de ciertos habitantes. I had asked him for this favour, and he played the corpse on the Plaza de la Revolución. Kaveh’s acting is very convincing, but the fact that his blood colors the lower half of his face and his ears betray the truth.

A tiny drop of blood drips down my ear in Ich steche mir ein Ohrloch, showing that not only I’m alive, but also willing to sacrifice for art. The holes in my ears hadn’t been used for almost ten years and had nearly closed again. I asked my husband to photograph me while I was opening them again with a needle. The Aztec priests had to perform rituals that were a lot more painful and included the piercing of tongues, ears and penisses.

What survives of the ancient believes comes today often in the form of brujeria (witchcraft), performed by brujos or brujas. Even our friends in México City admitted they all, no matter what family background, had at least once gone to see a brujo. Just like in Senegal, where we had spent some months in the year before, witchcraft survives, sometimes in connection to the official religion (Catholicism, Islam), and is woven into the every-day [17].

Zwei Frauen aus Sonora (Two Women from Sonora) shows two women in a snack bar, sitting in the semi darkness, pondering over something.

Lampe (Lamp): an old fashioned light bulb is decorated by some beads. The indígenos love beads, they use them on their hats and frocks. The beads are festive, but they also indicate authority. The light bulb on the dark green wall is not lit; it is hanging in a space full of a diffuse daylight, a painterly space of the 19th century. I thought of it as hanging in the cabin of one of the earliest trains making it’s way from America to México or the other way round. On the right hand side some abstract ornaments introduce a different kind of space.

The beads reappear on Mal de ojo, a ready made curtain in shocking pink with white seams, which I had bought to cover the window of the gallery. Colorful beads and artificial plants and flowers are dangling down from it. I chose quite humble plants that could be used in medicines, and imagined a very old bruja that had gone crazy. For every event that troubled her she would add an element to this curtain. It served to shield of the evil eye.

Just like the traditional healer or the brujo uses plants and minerals for cures and rituals against pain, sorrow and death, I also use minerals and plants, ground to pigments, to conserve an image that I consider powerful, nearly magical in it’s capacity to make time stop.

Just like any idol or talisman that is basically nothing else than a dead piece of material is filled with the projected life of it’s believer, art works if it can make the viewer see life into it, probably without being aware of the fact that it is always him, his brain, his experiences, that he throws on this artifact and is therefore able to see more clearly, to feel more strongly through the supposed disconnection between the viewer and the seen that takes part.

Just like the decoration that every sensible people of the whole world has always used to celebrate anything from daily life to big festivities, I too want to use colors, light, shiny stuff, sparkle, big gestures, anything at hand, to celebrate. 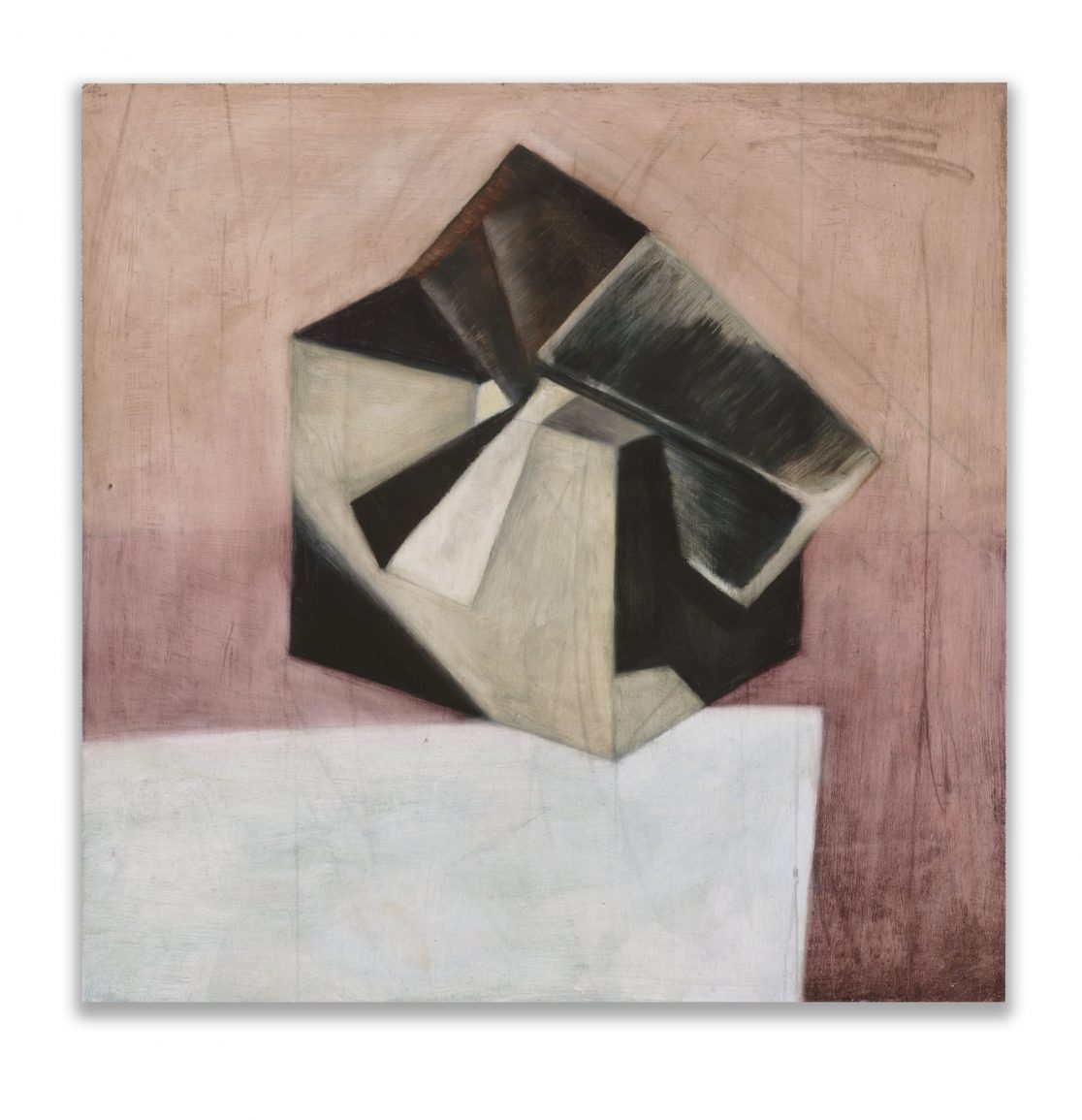 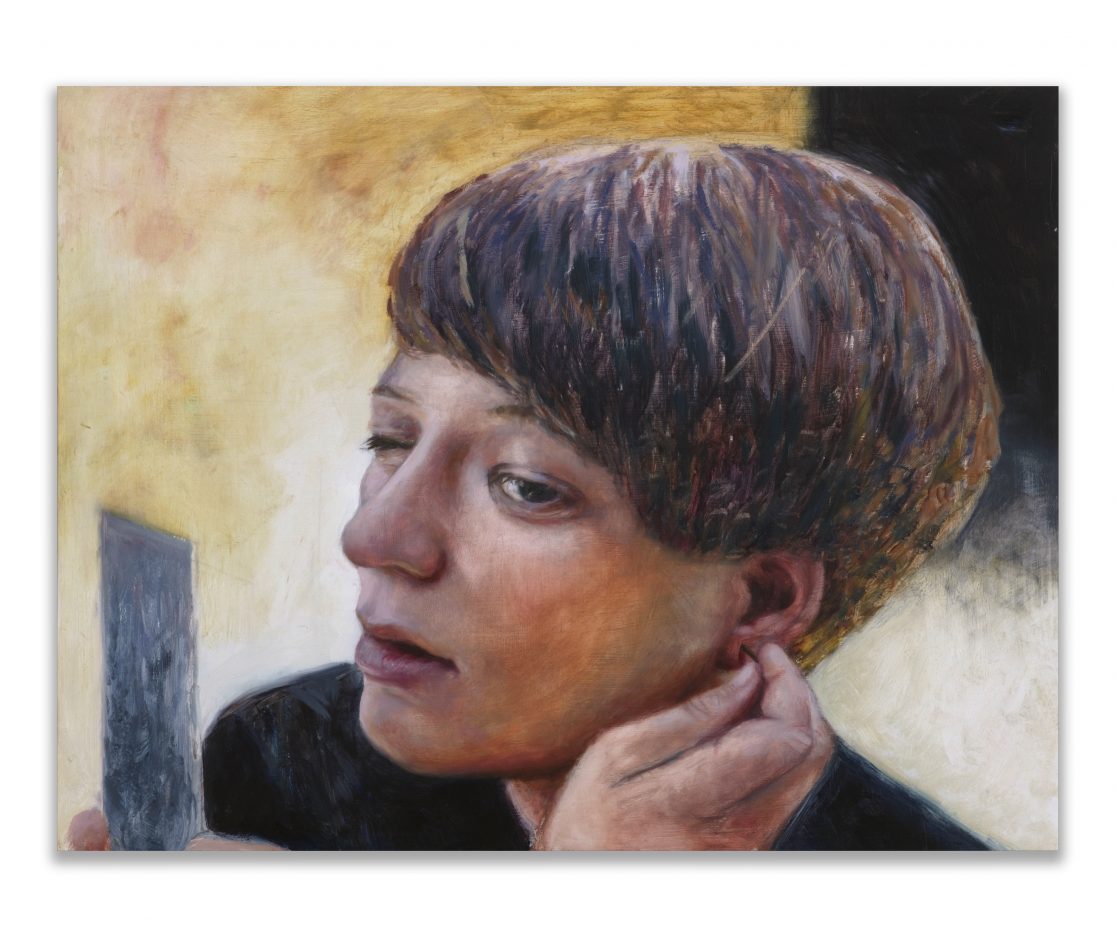 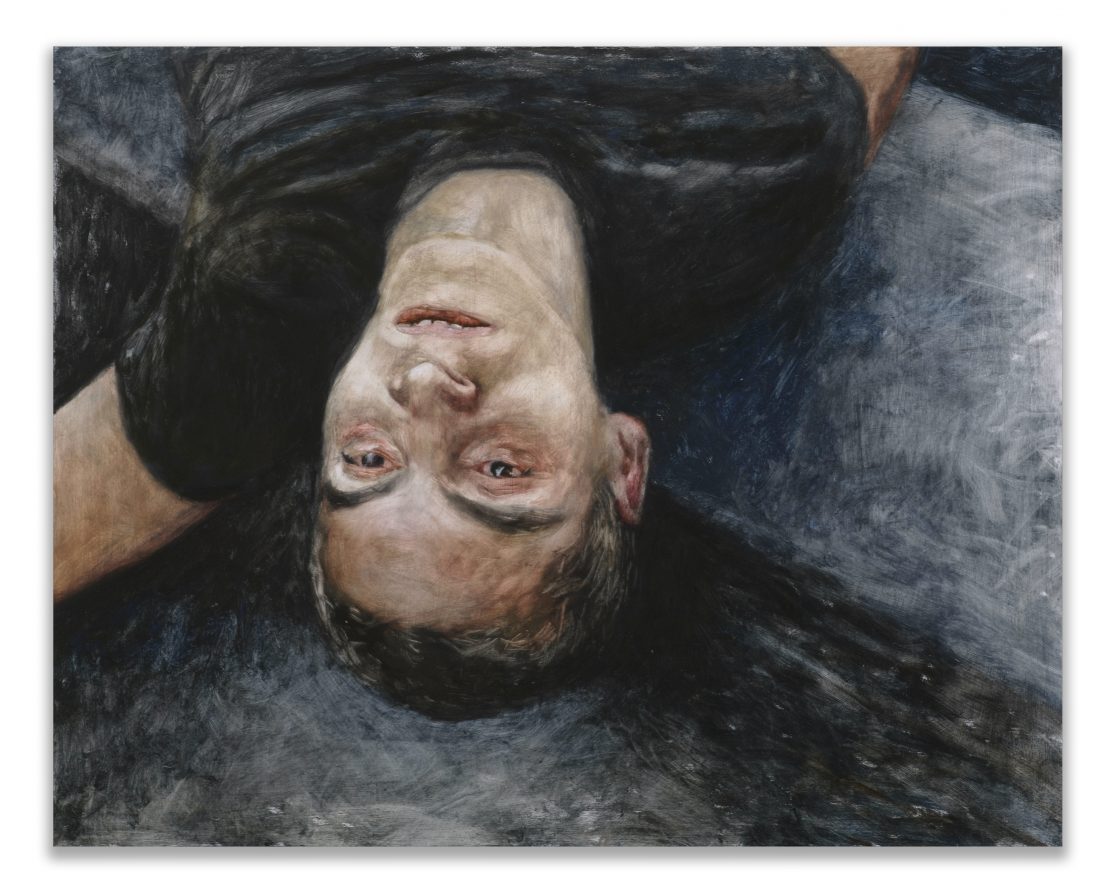 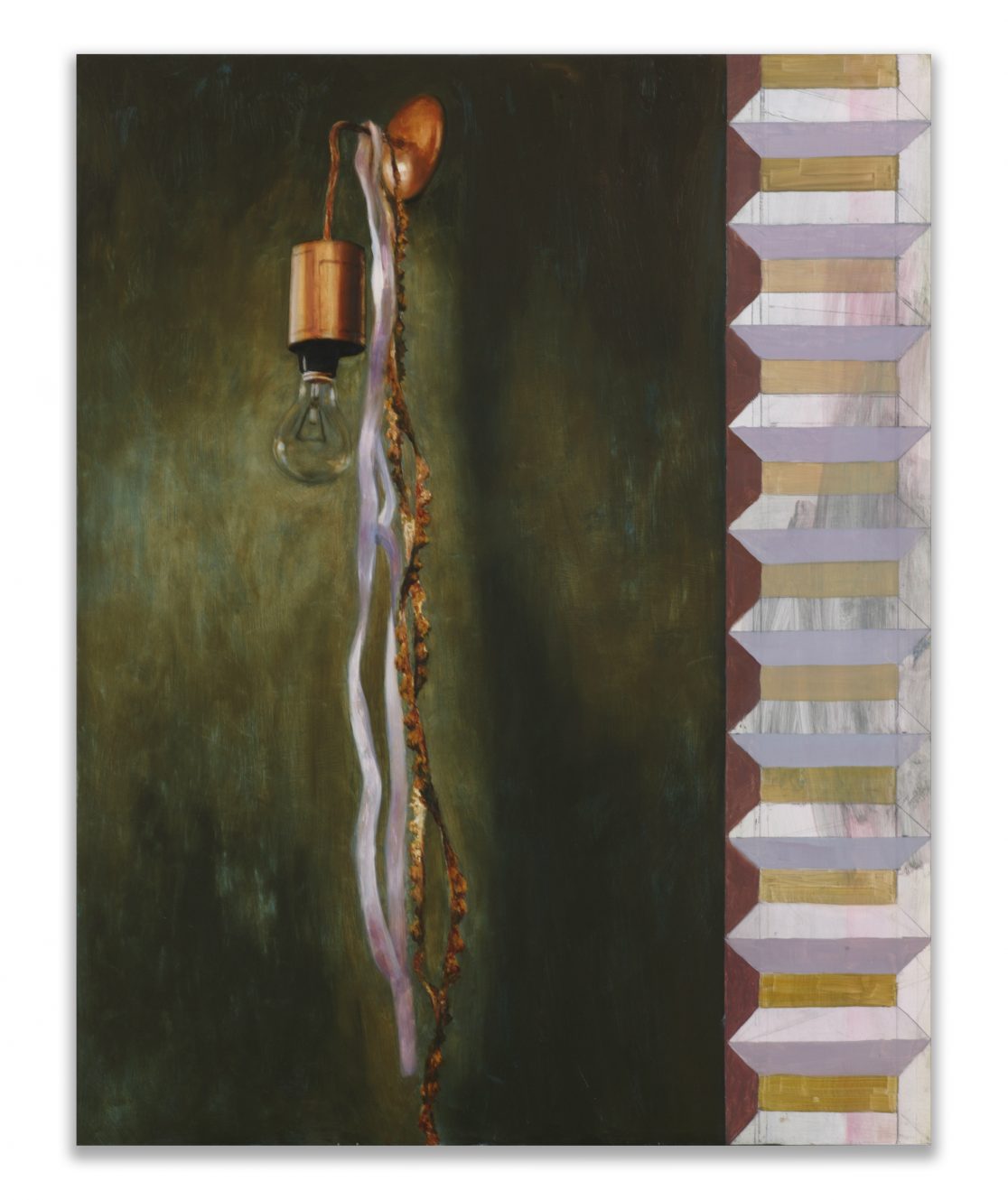 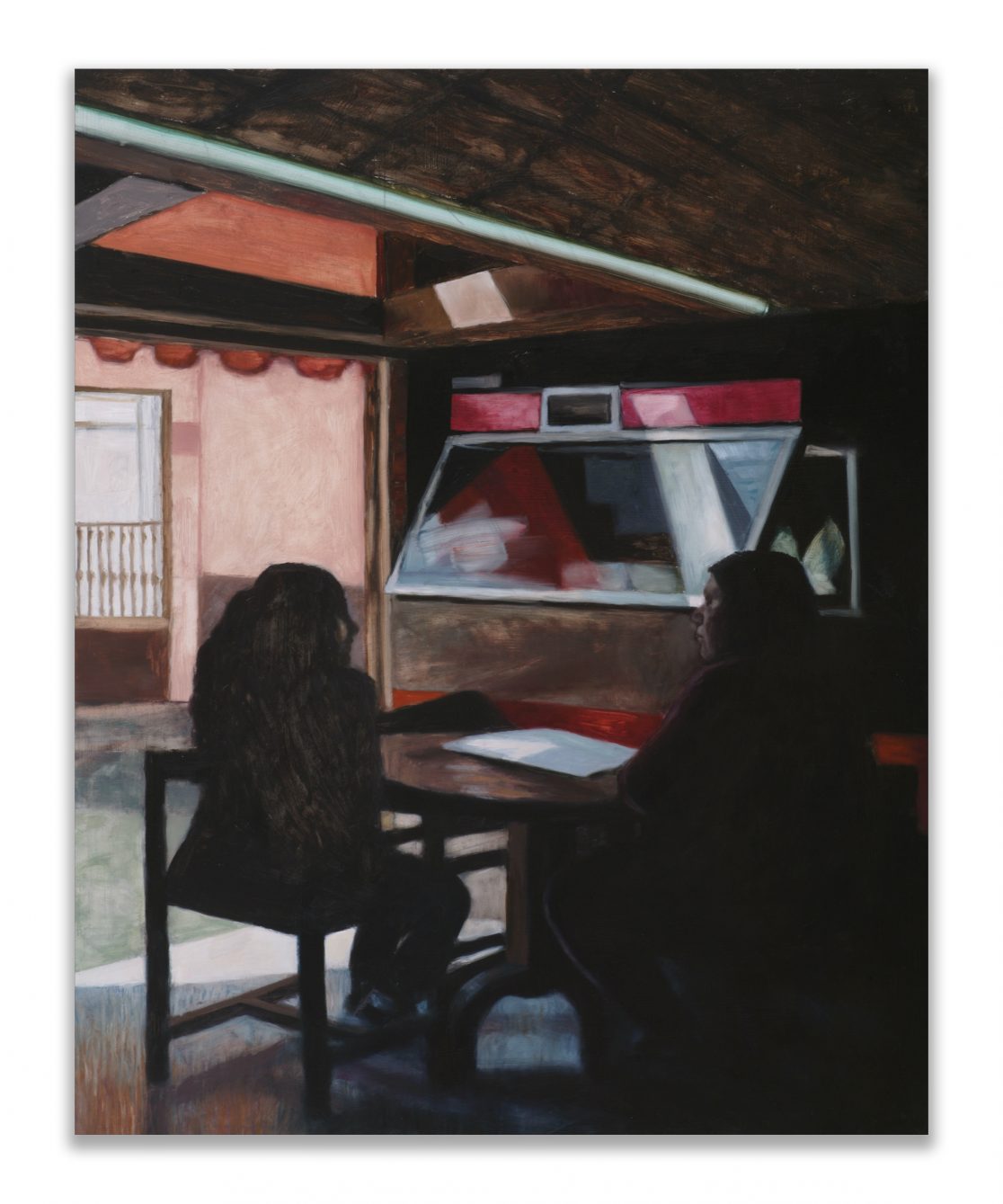 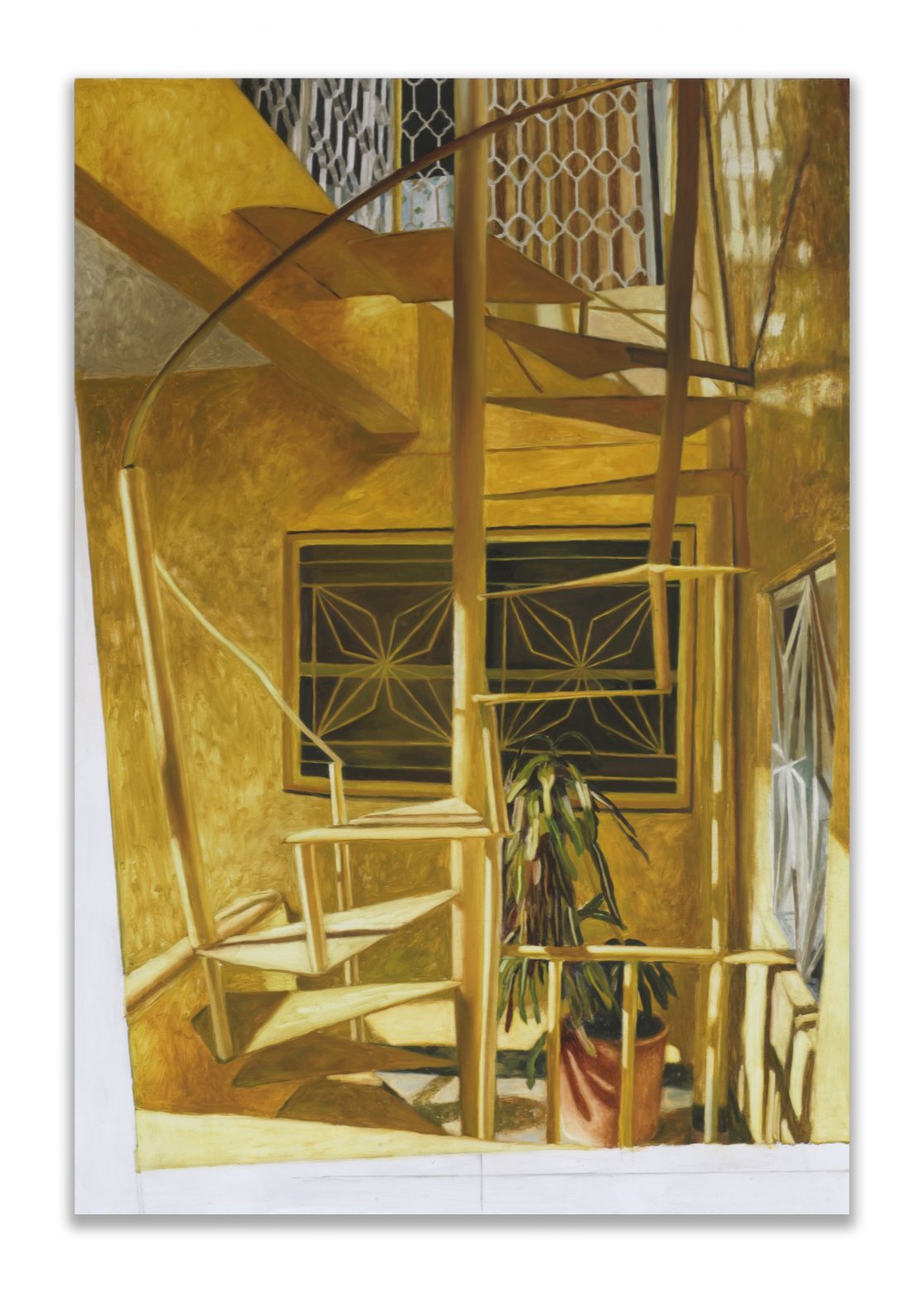 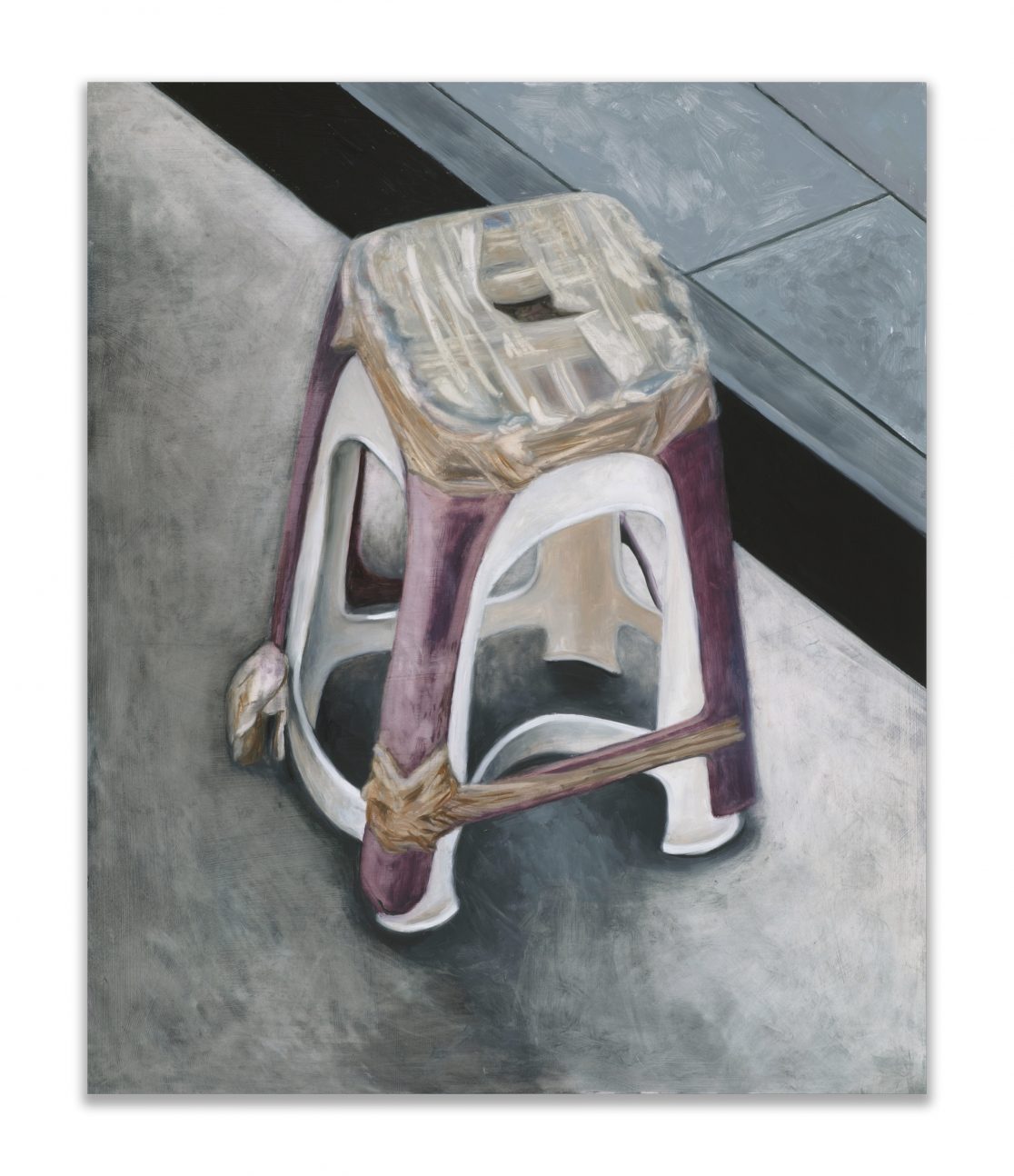 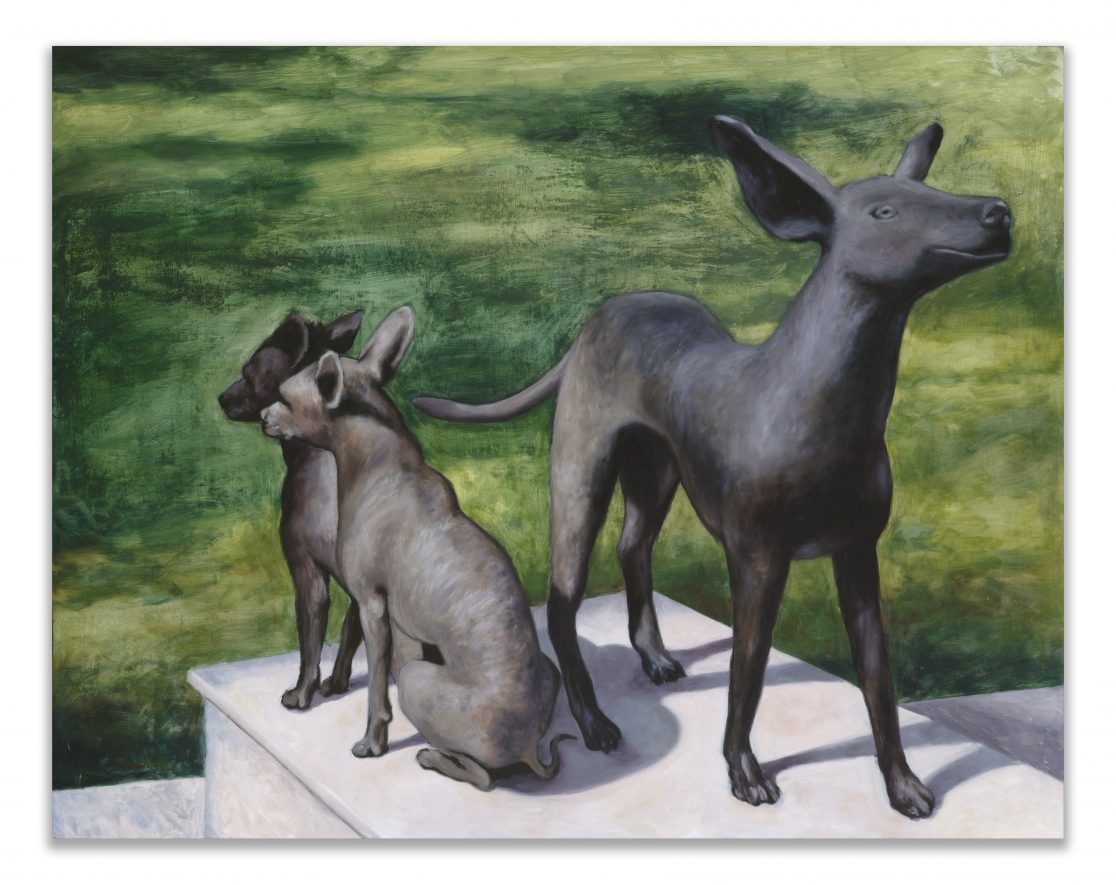 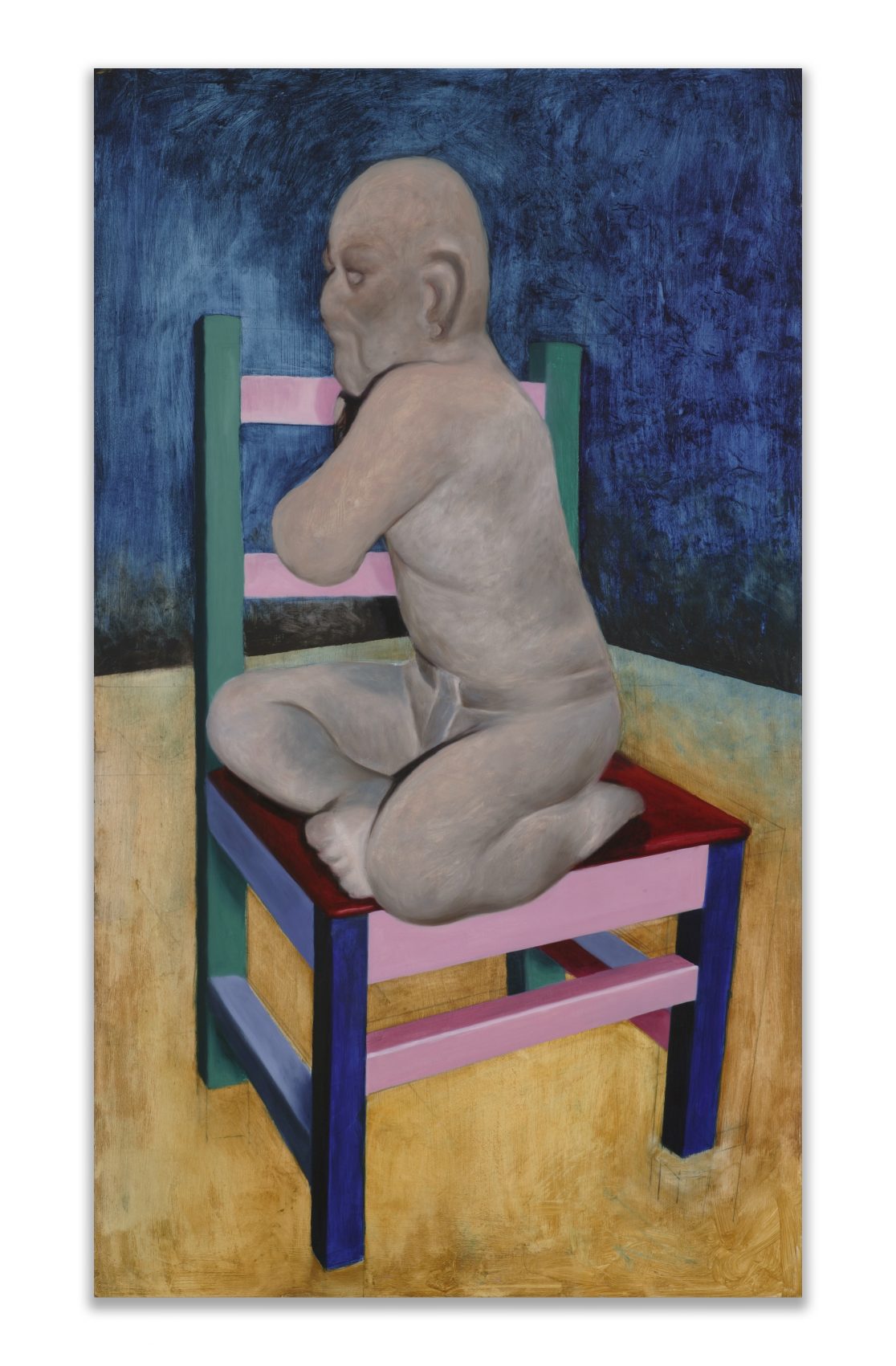 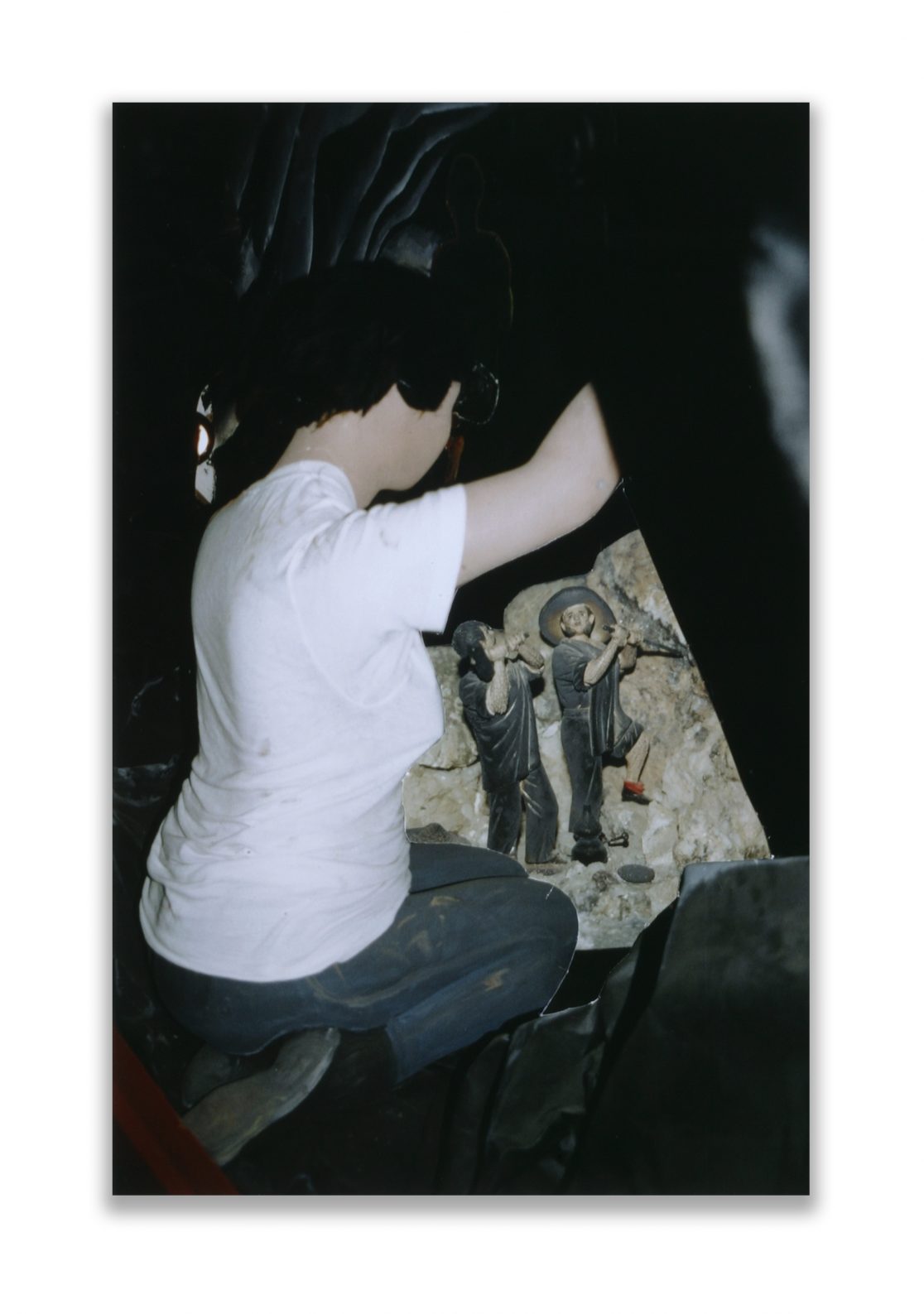 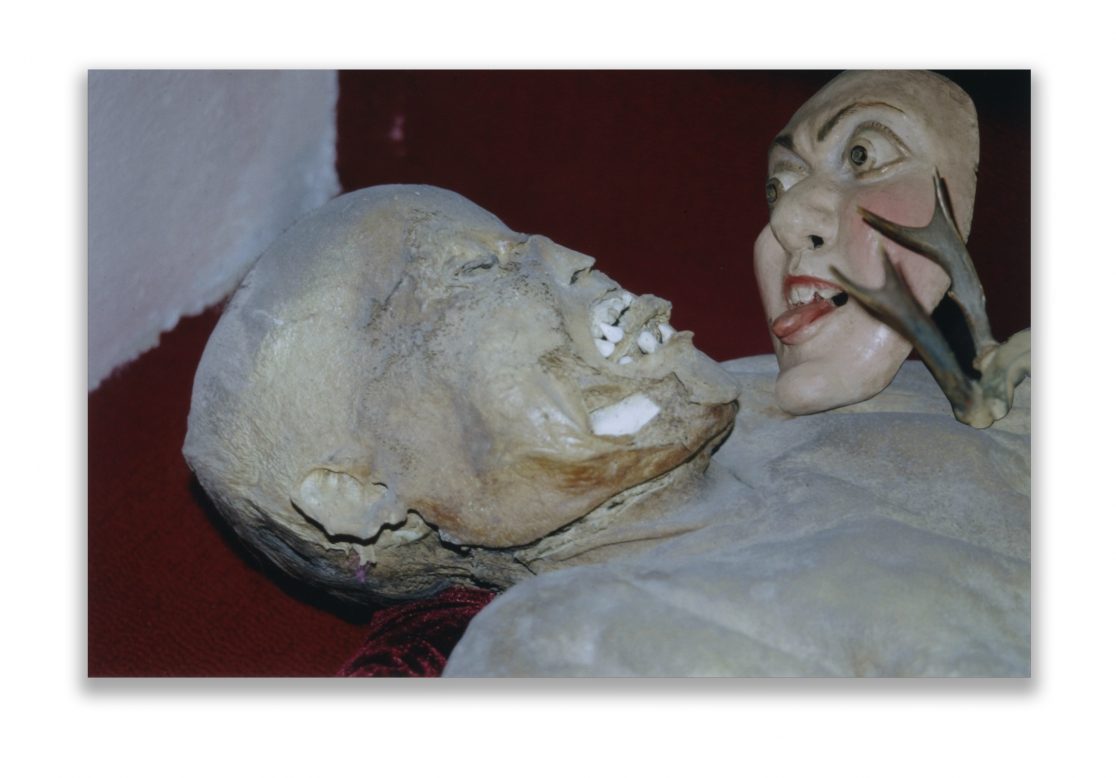 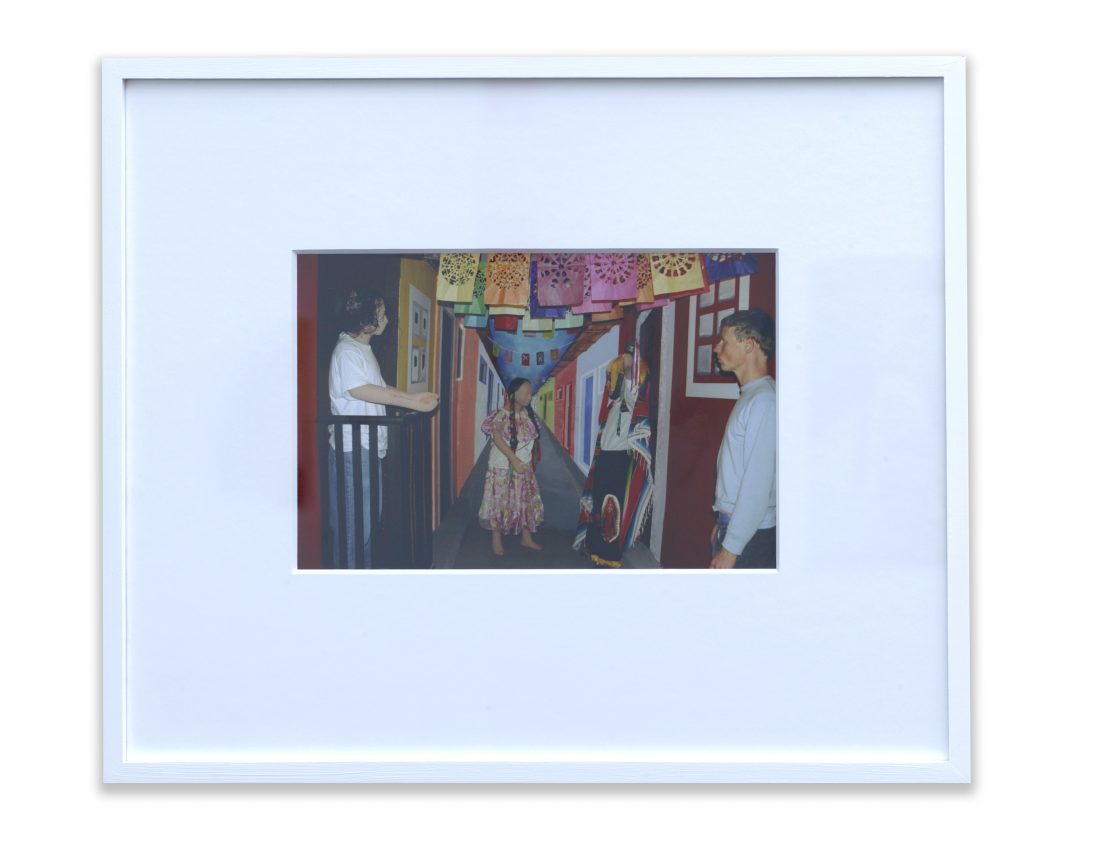 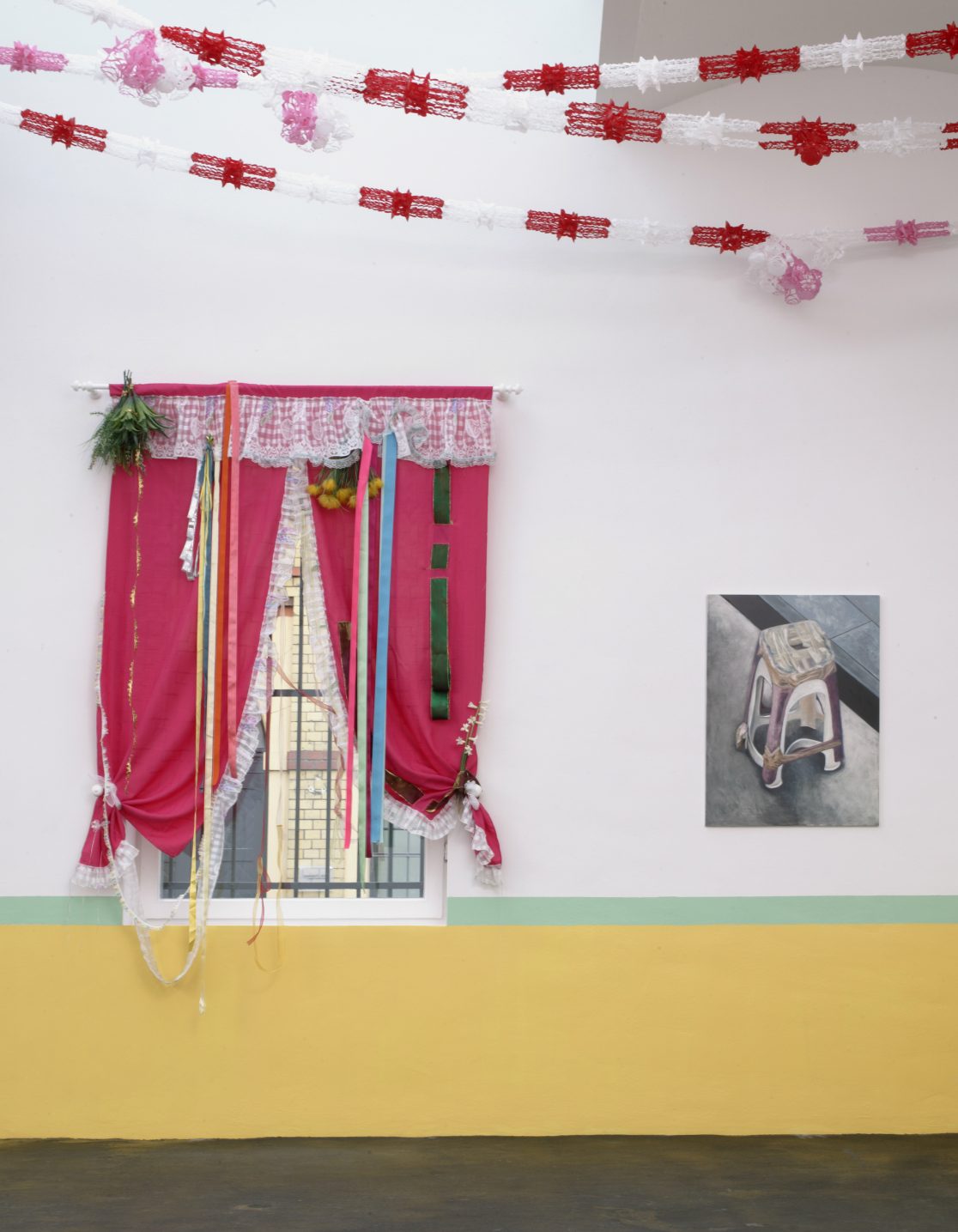 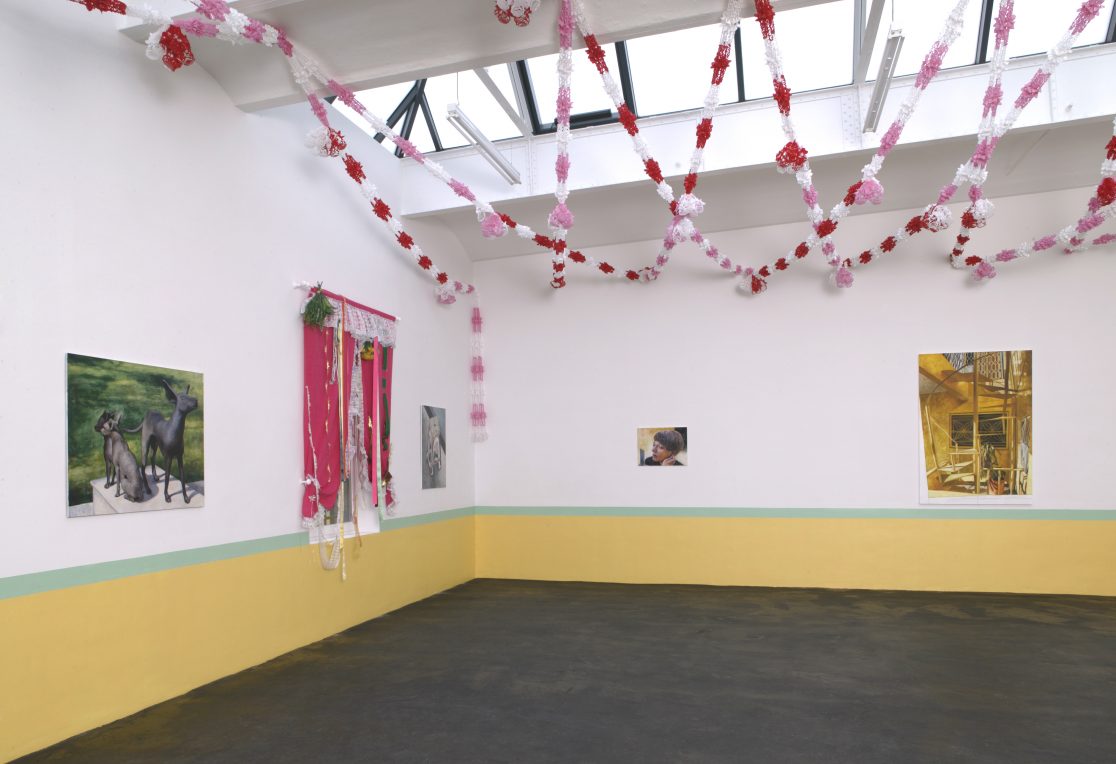 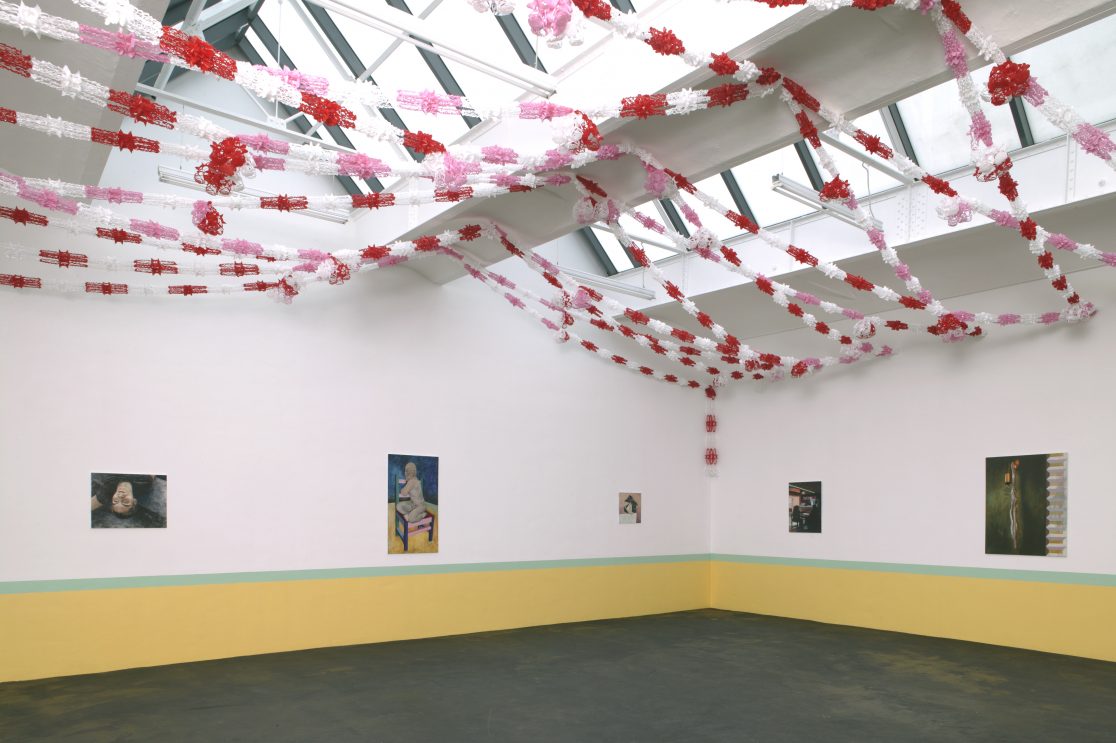 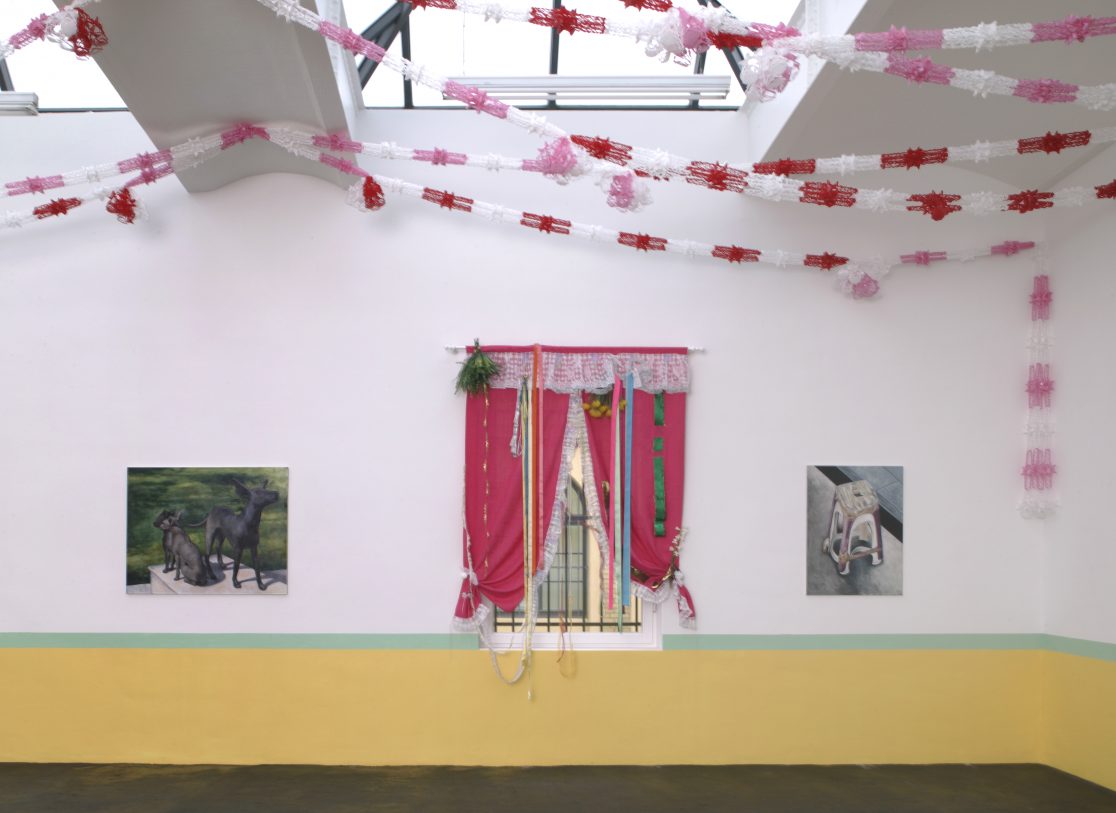 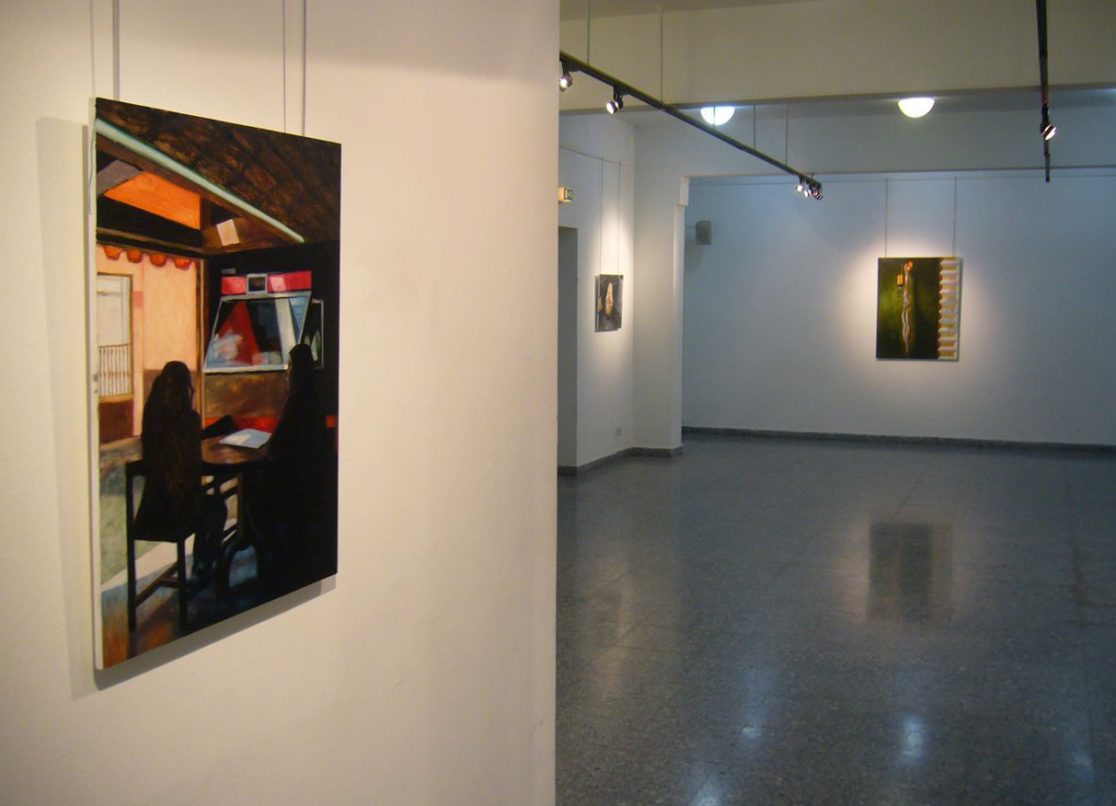 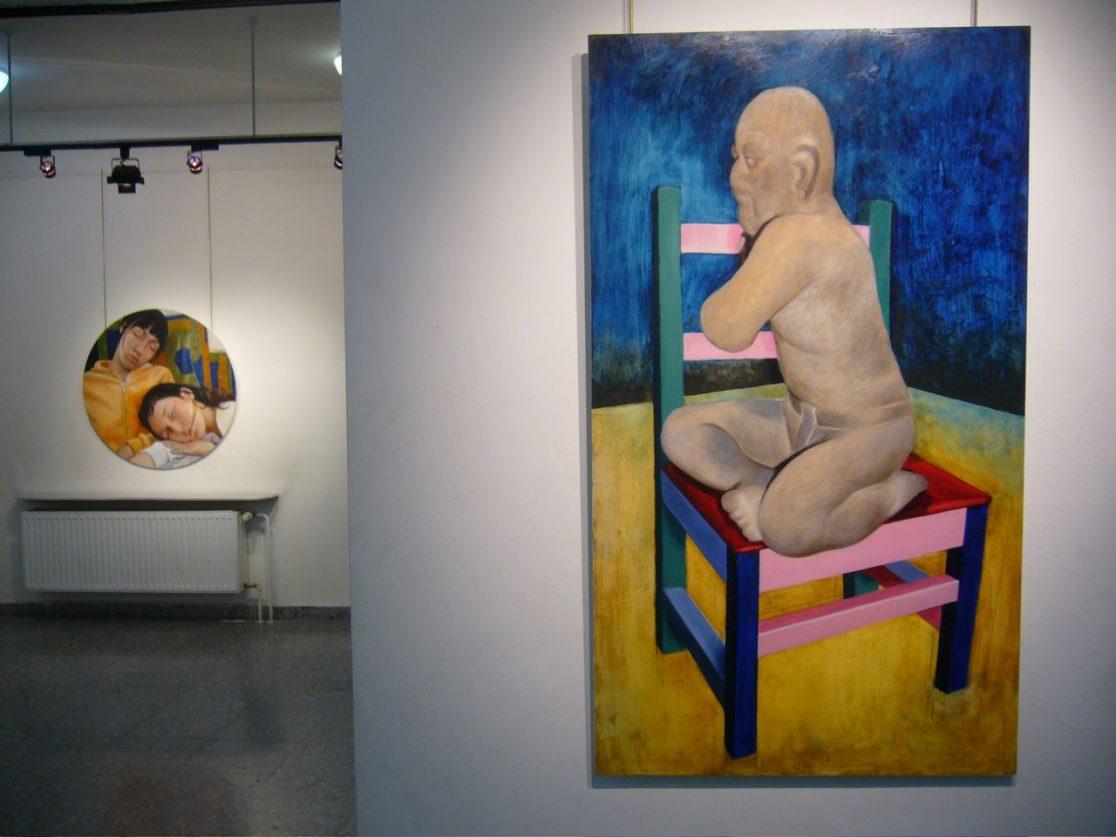 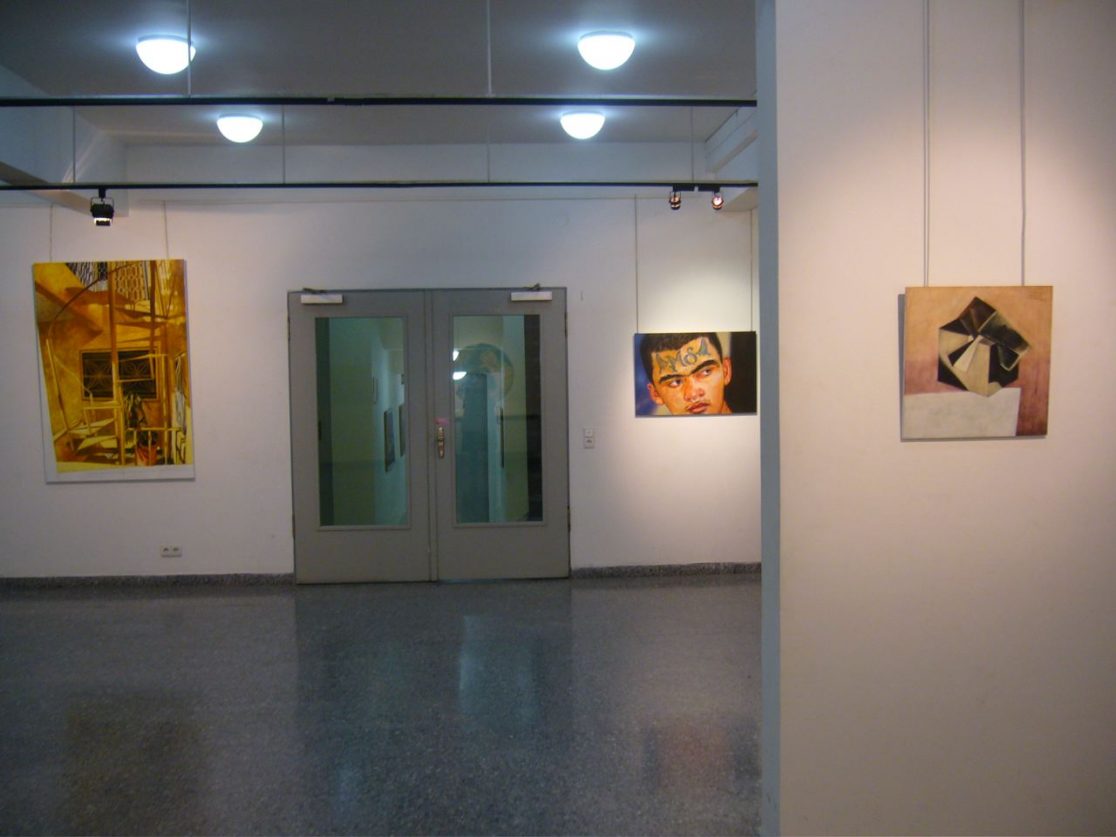 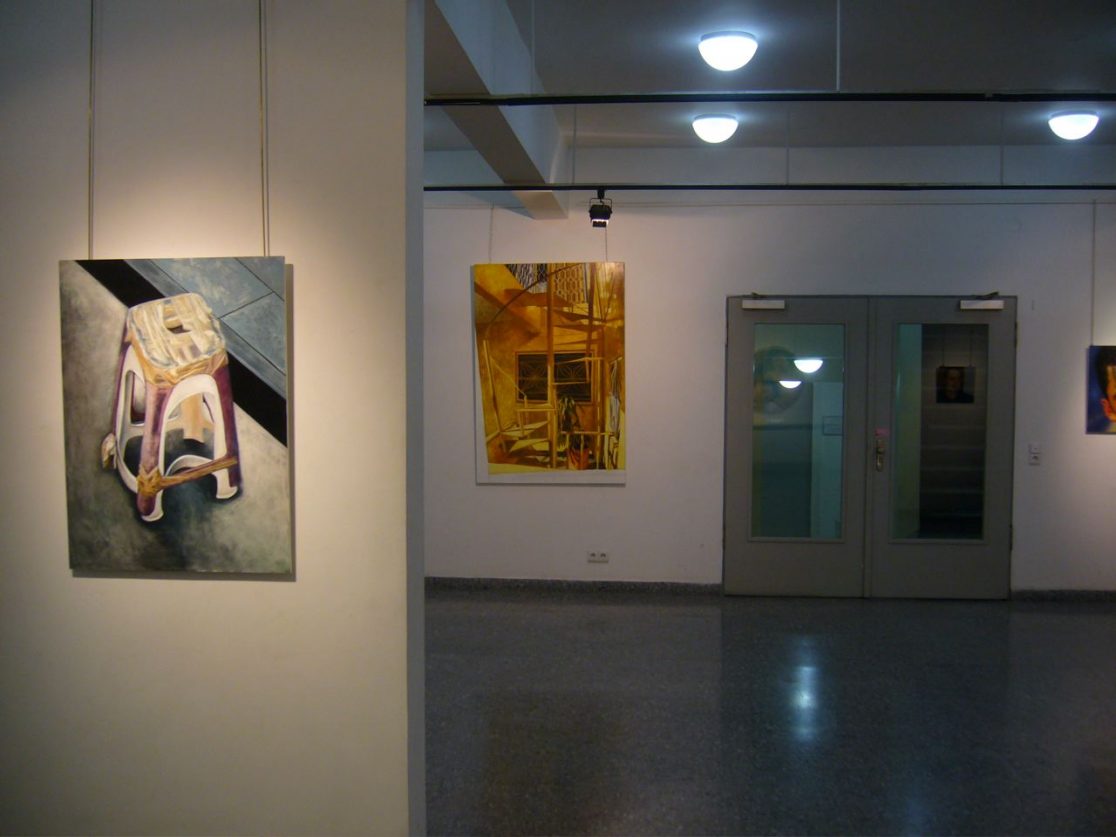 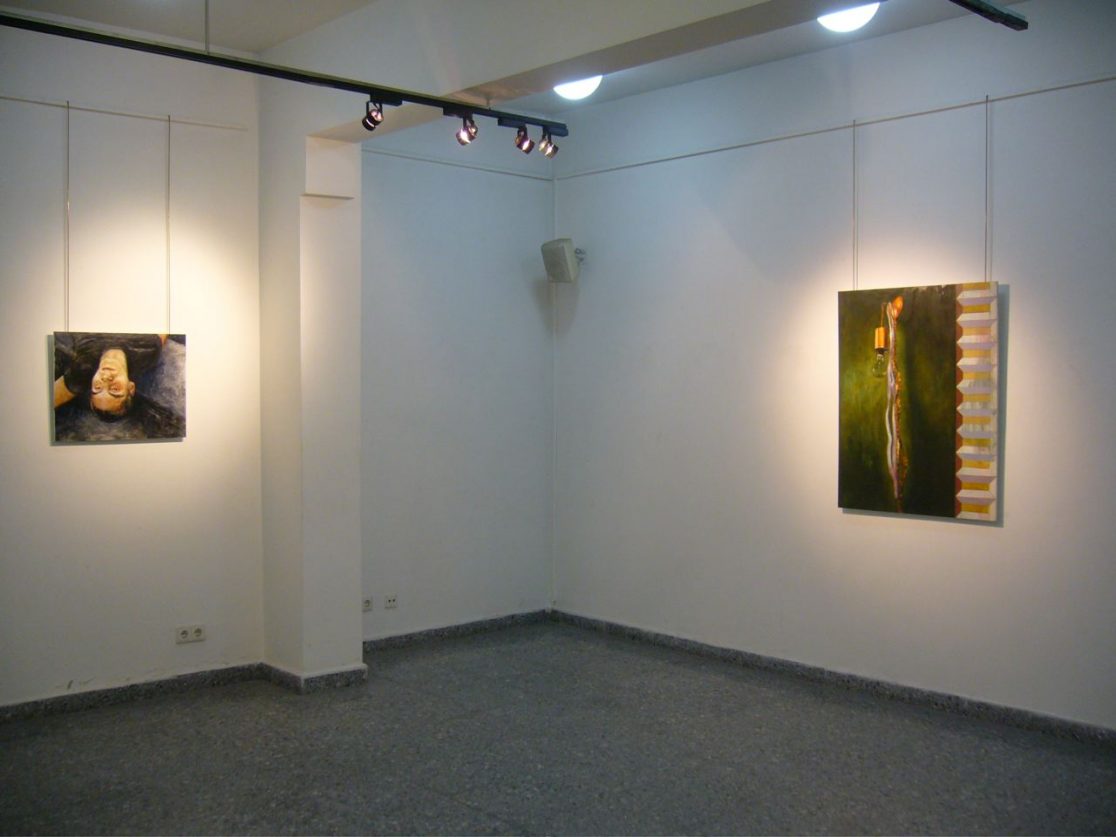