Tanz RGBCMYK comprises six new paintings and a colour sphere by Antje Majewski. Three paintings of intertwined dancers, dressed in red, green, blue, cyan, yellow, magenta and black, face three paintings based on the colour theories of Goethe, Runge, Itten and Küppers. They do not depict theoretically correct compositions of colour, but rather historic colour tables, the colours of which have altered over the course of time.

Antje Majewski takes colour play – the dance of colours – as her theme. The dancers are situated in an illusory space, on the stage of the canvas. With these six works, she points to the different representational possibilities of painting: two-dimensional colour fields (Küppers), colour fields with an illusory depth (Runge, Itten), and finally the artistic space of illusion.

For Antje Majewski, Goethe’s belief in light as the source of joy is the main point.The paintings are complemented with a colour sphere after a table designed by Philipp Otto Runge, and a prism that is part of Goethe’s chromatics. Through this prism, the colour phenomena described by Goethe in his comprehensive “Theory of Colours” can be experienced.

According to Goethe, looking through the prism at the colour table proves that light is indivisible and cannot be “carved up”, as was claimed by Newton. While Newton understood colours as components of white light, Goethe attempted to demonstrate that the white light is not a composite, and that colours arise as a result of the interplay between light and dark. The dancers simultaneously represent both the intertwined and the diffracted elements of the world. Art is thus a game, which takes place parallel to reality. 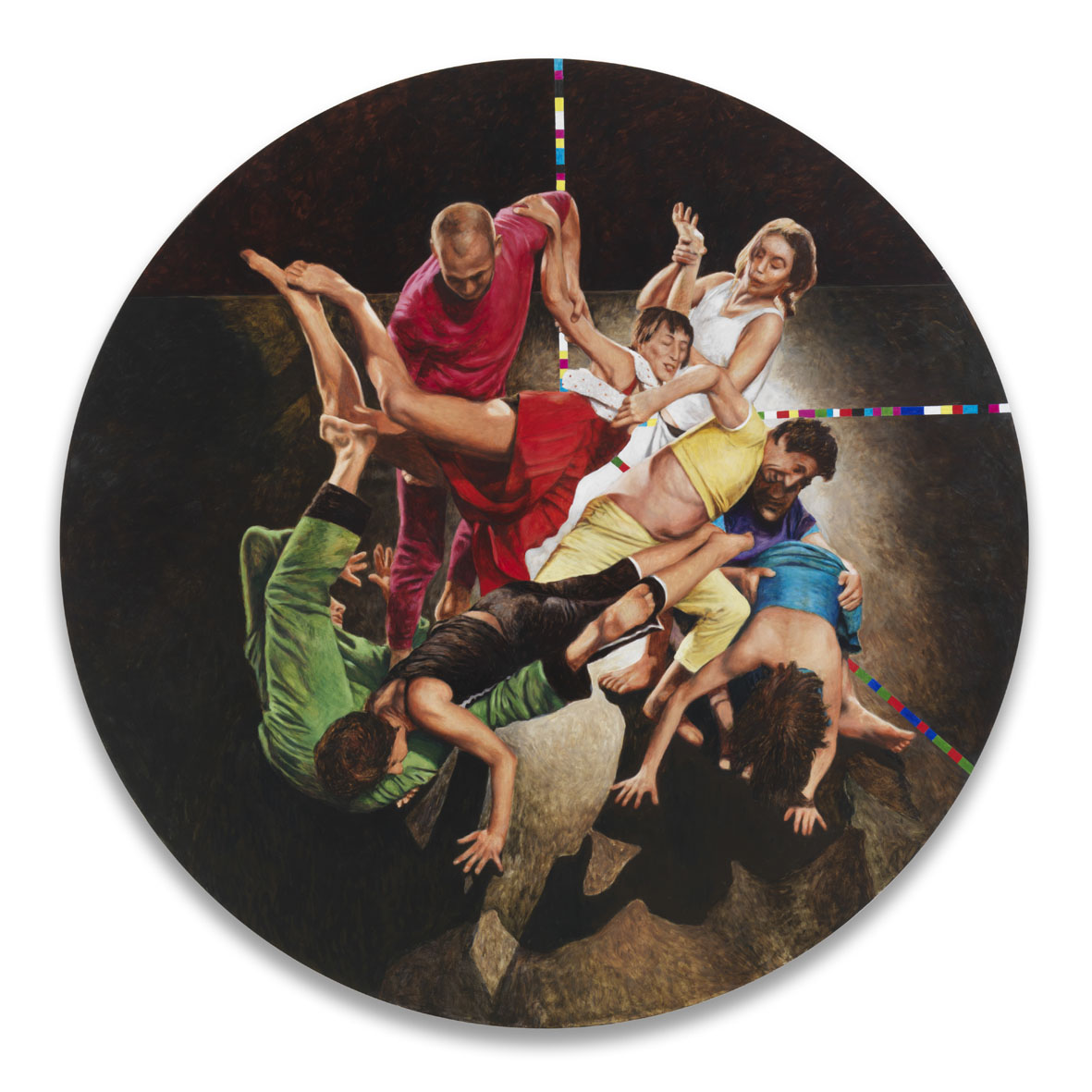 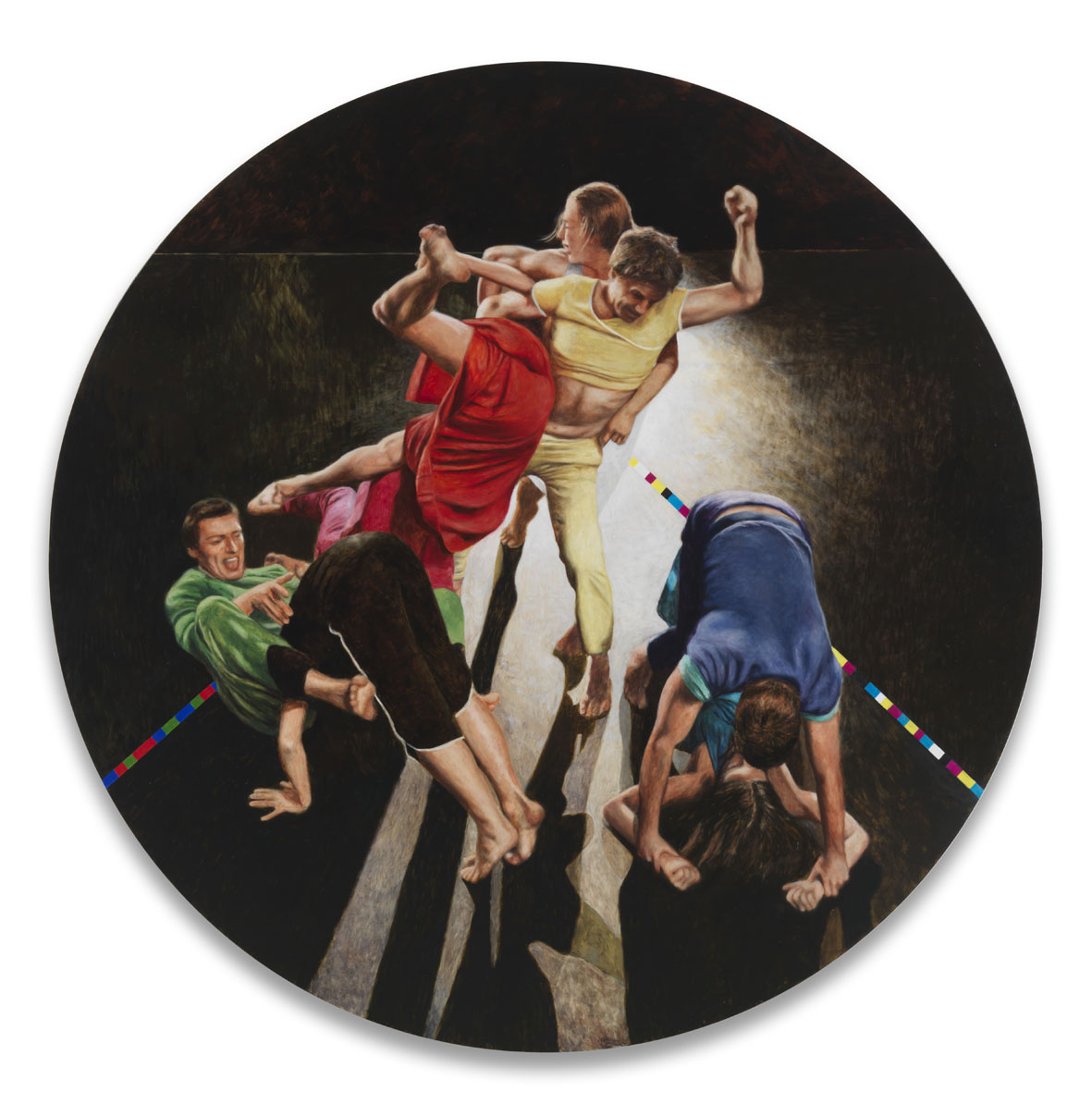 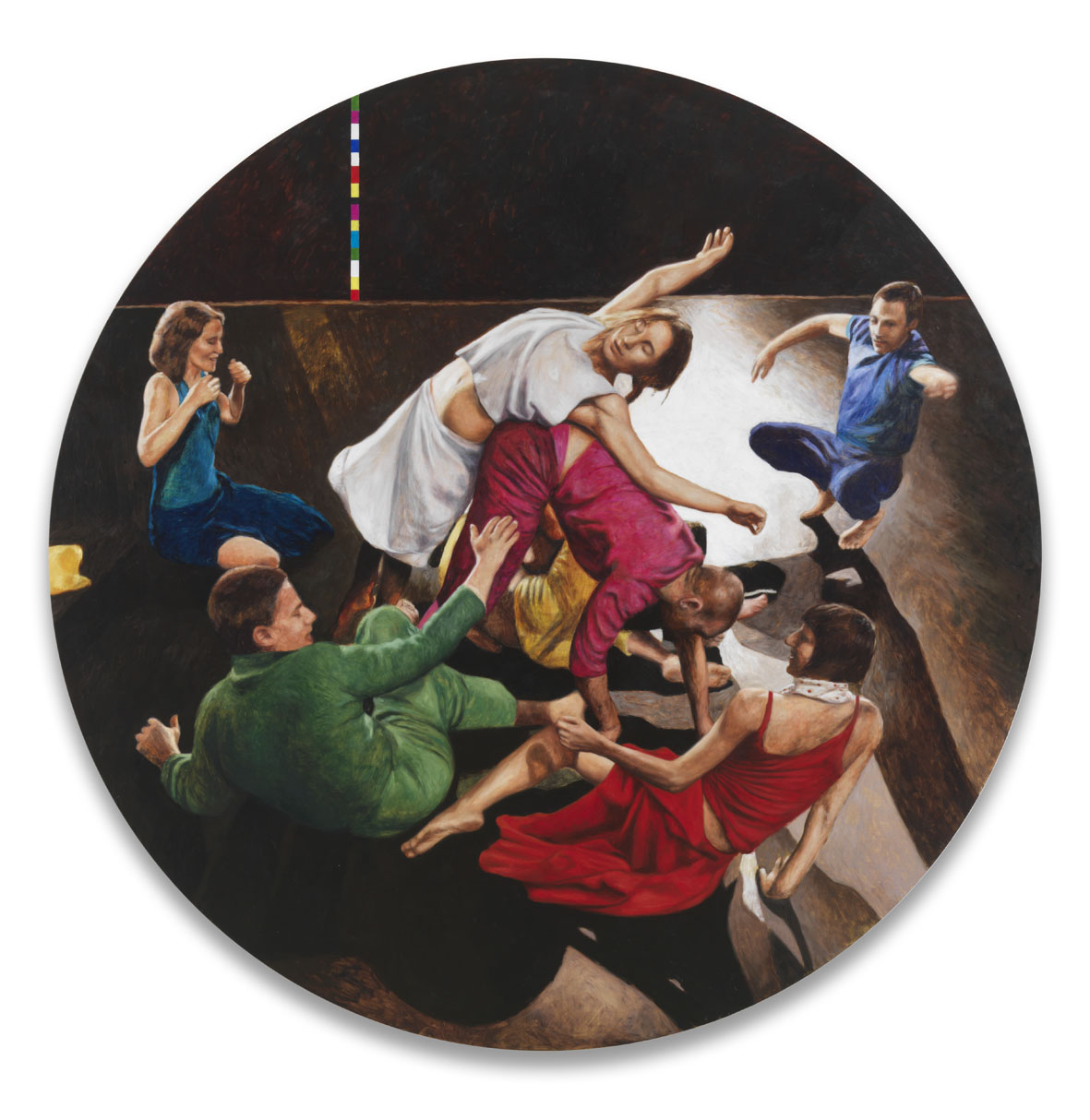 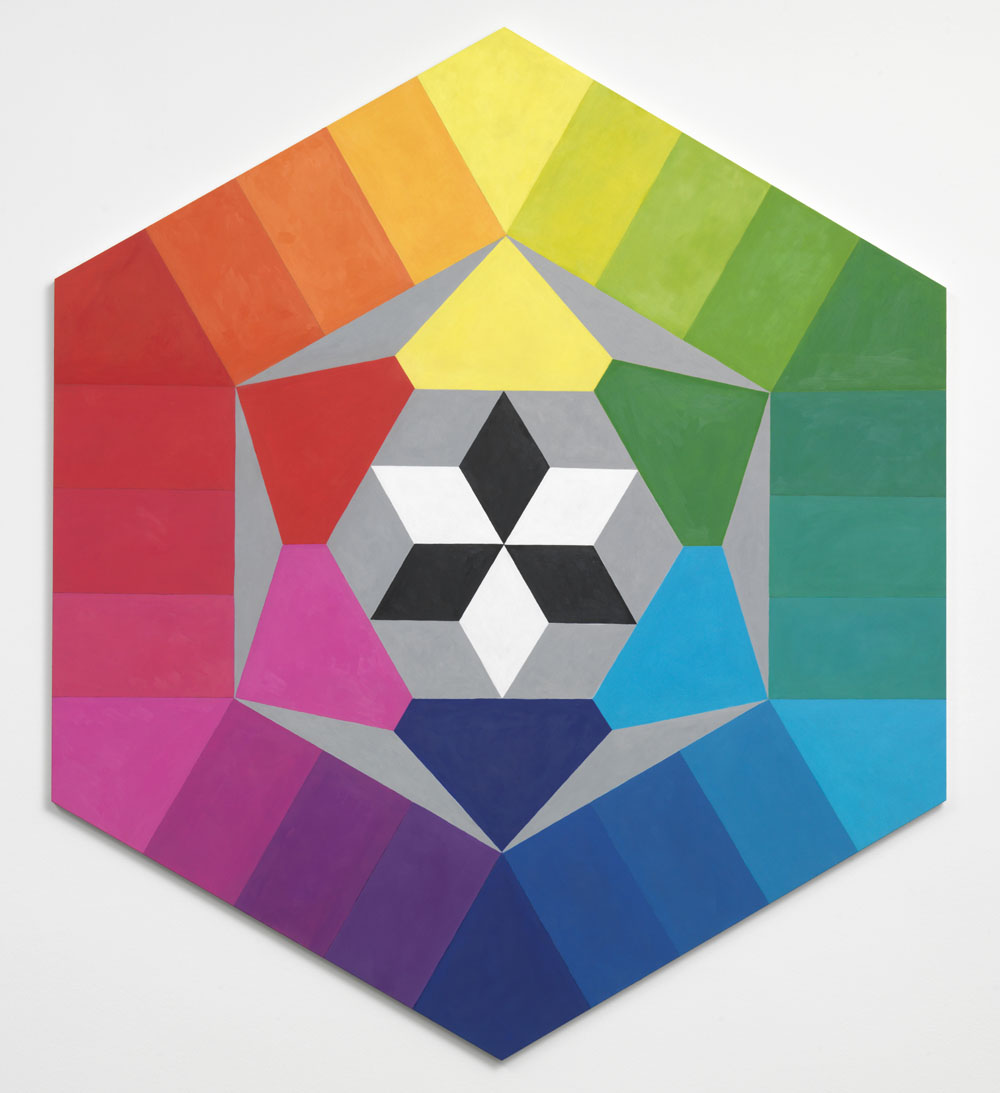 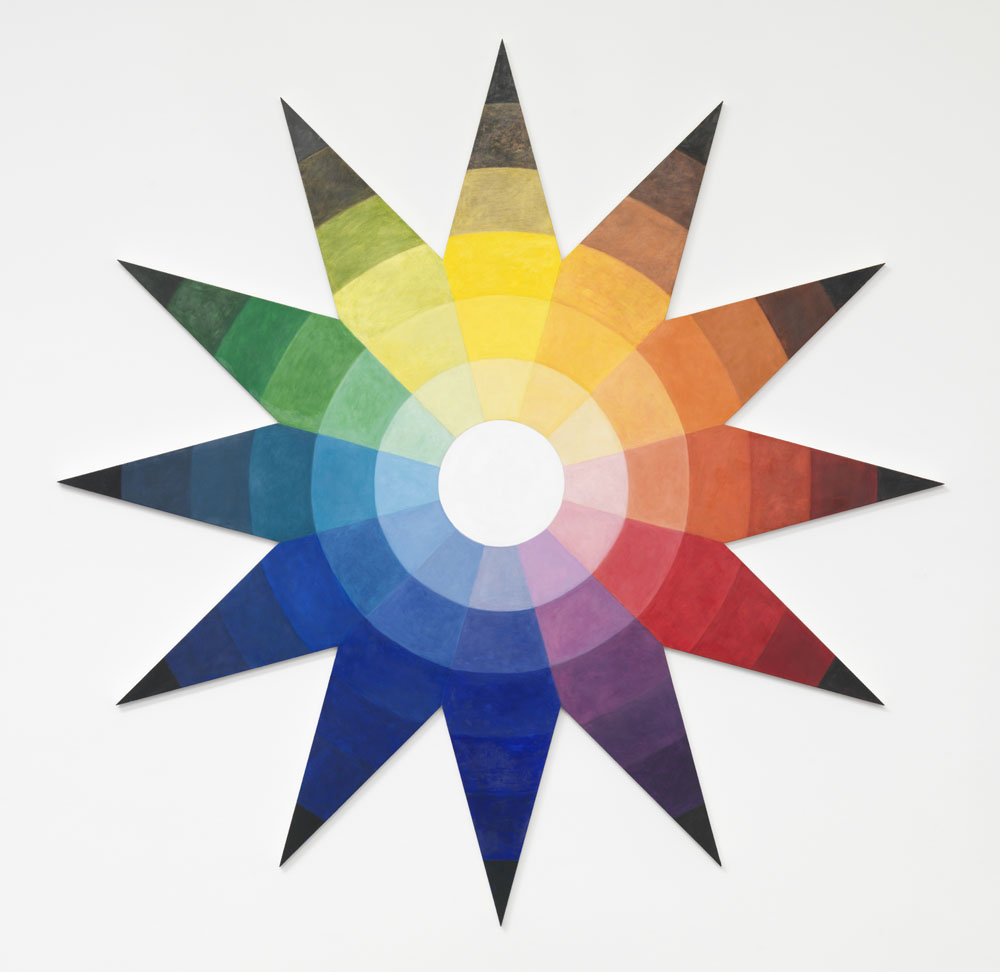 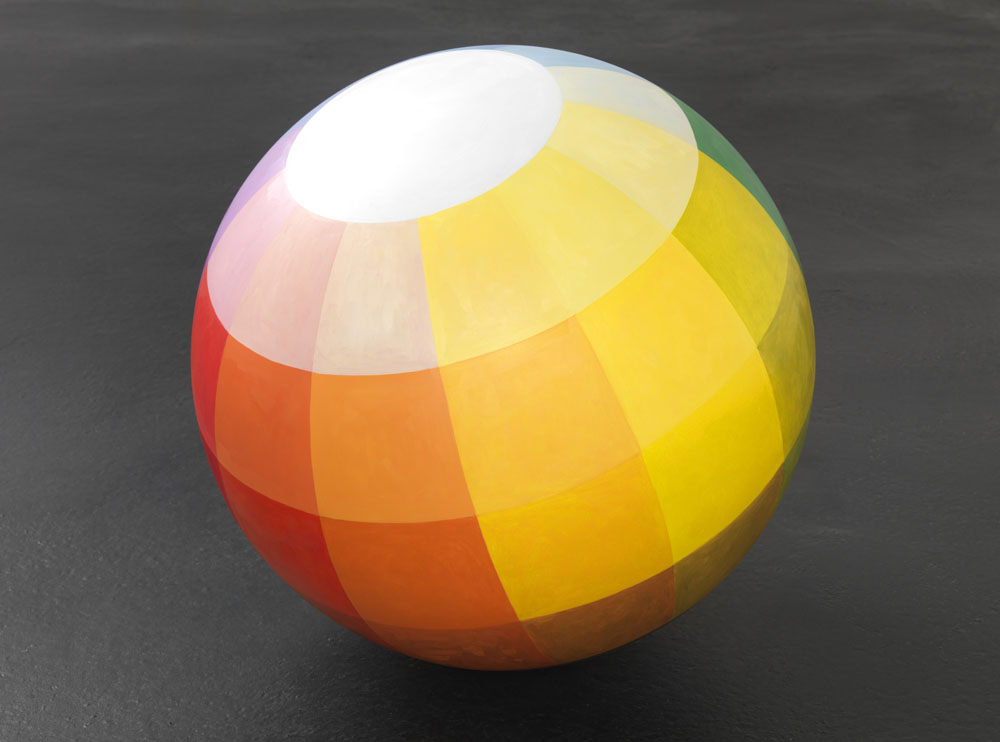 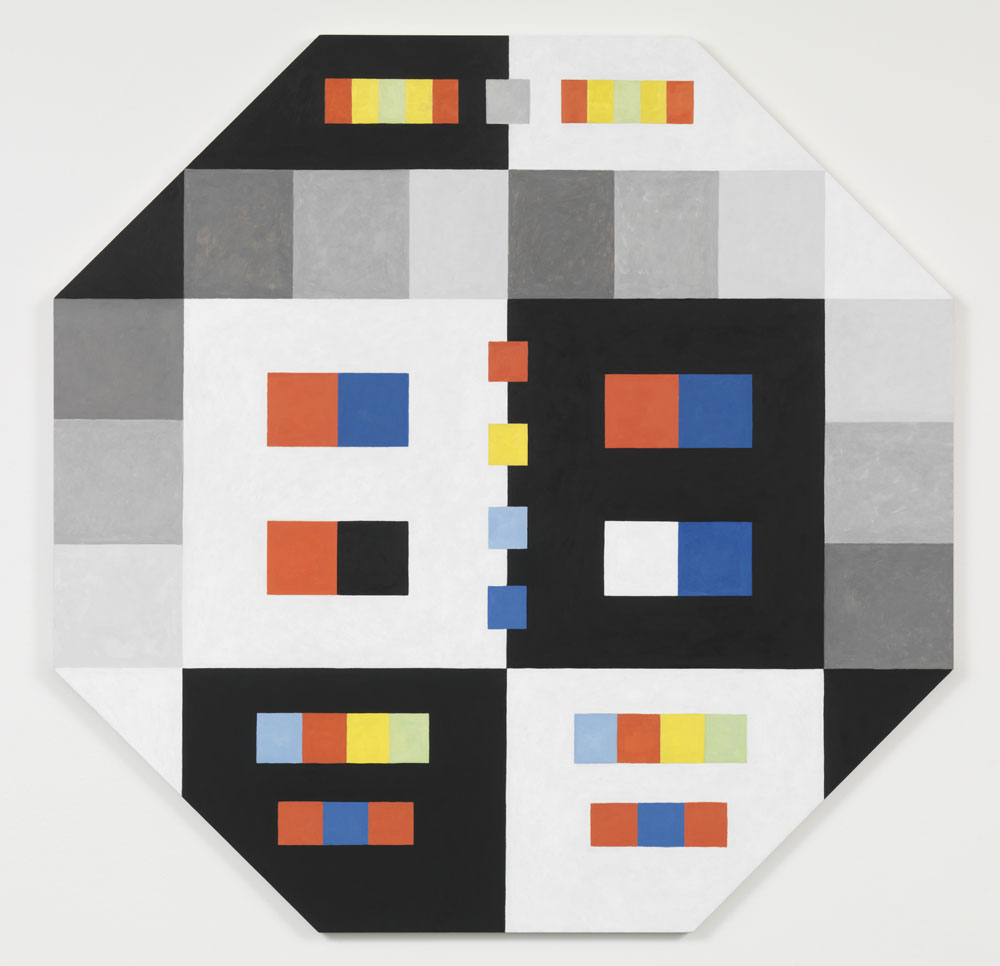 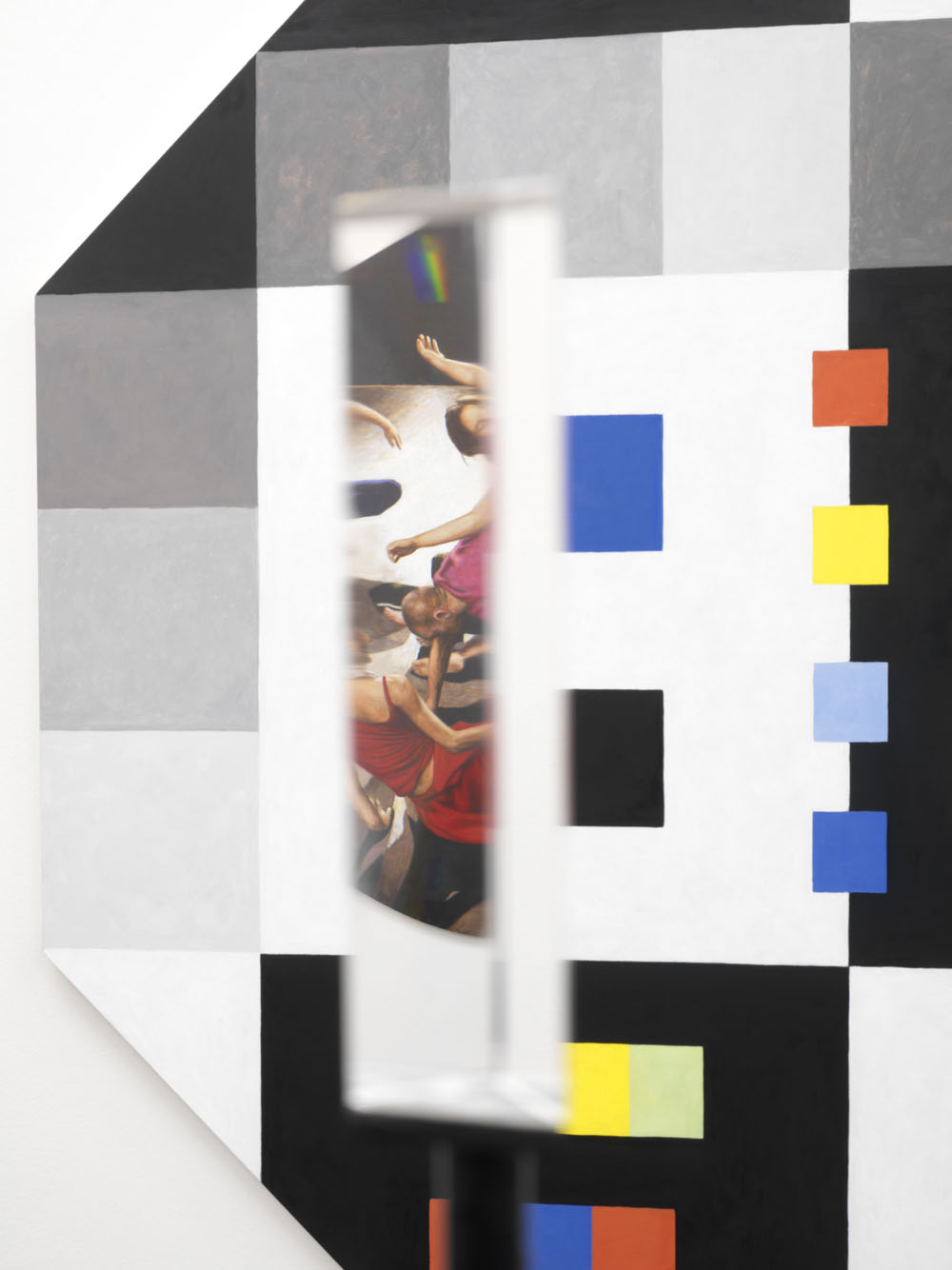 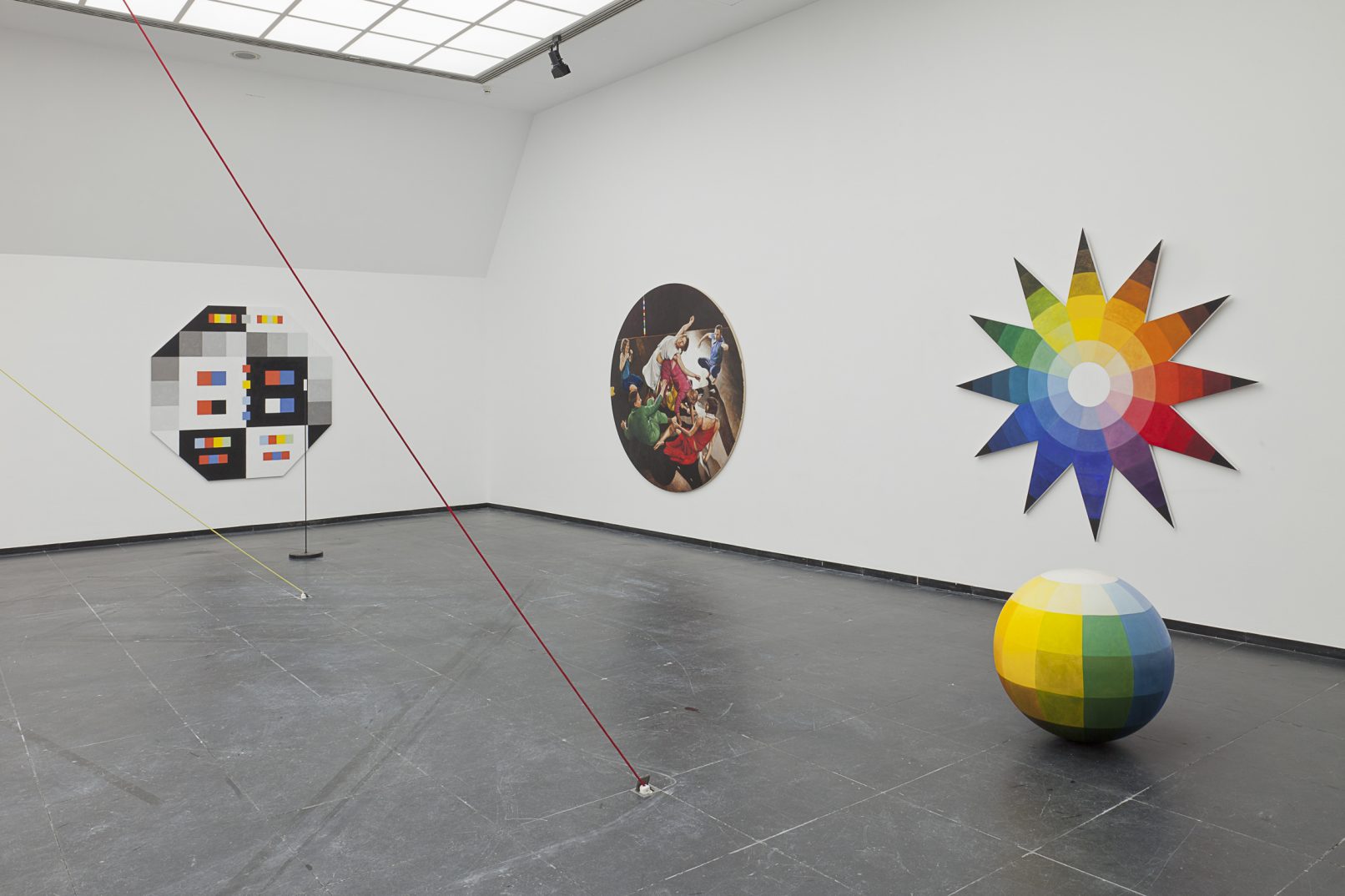 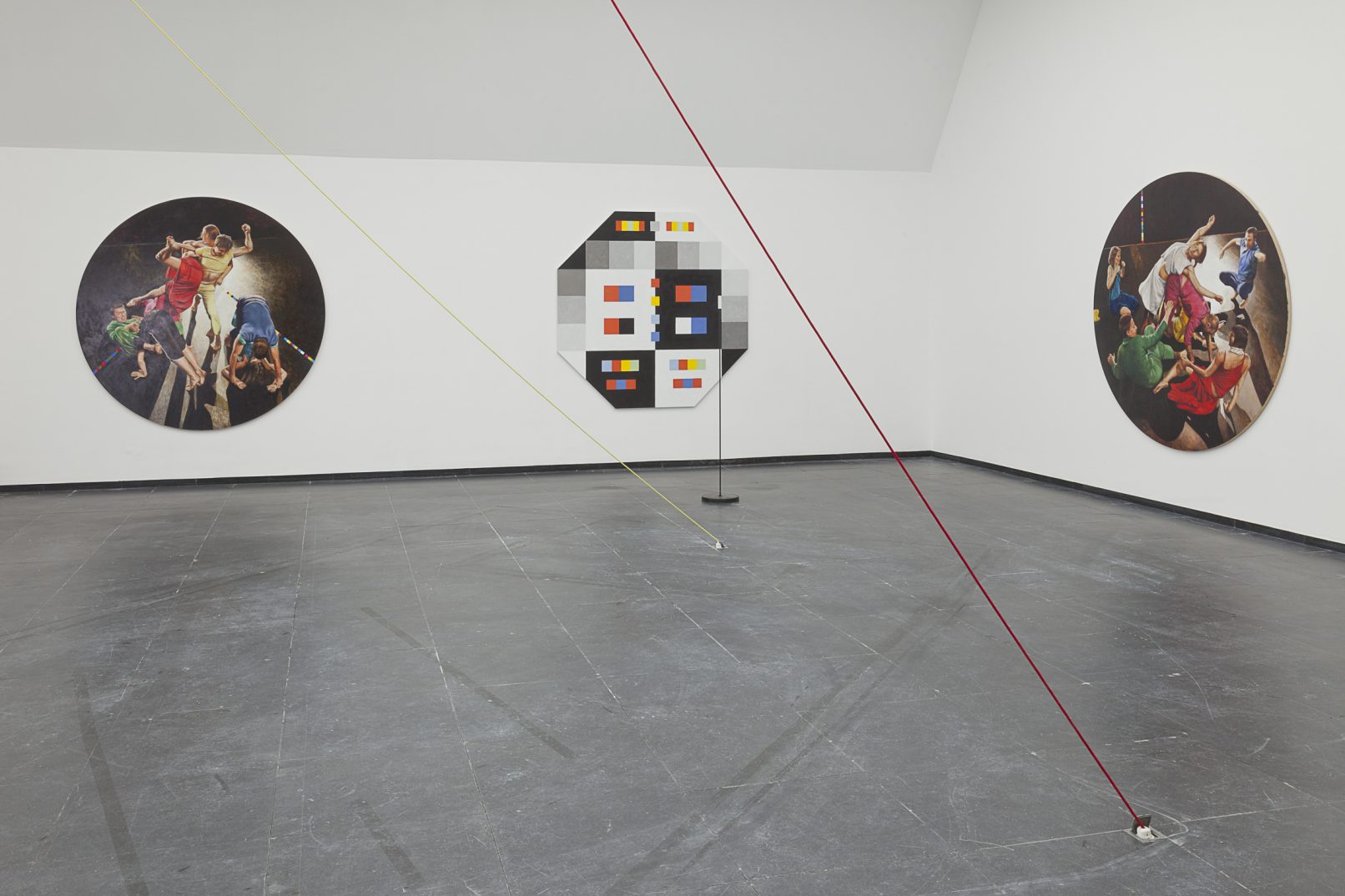 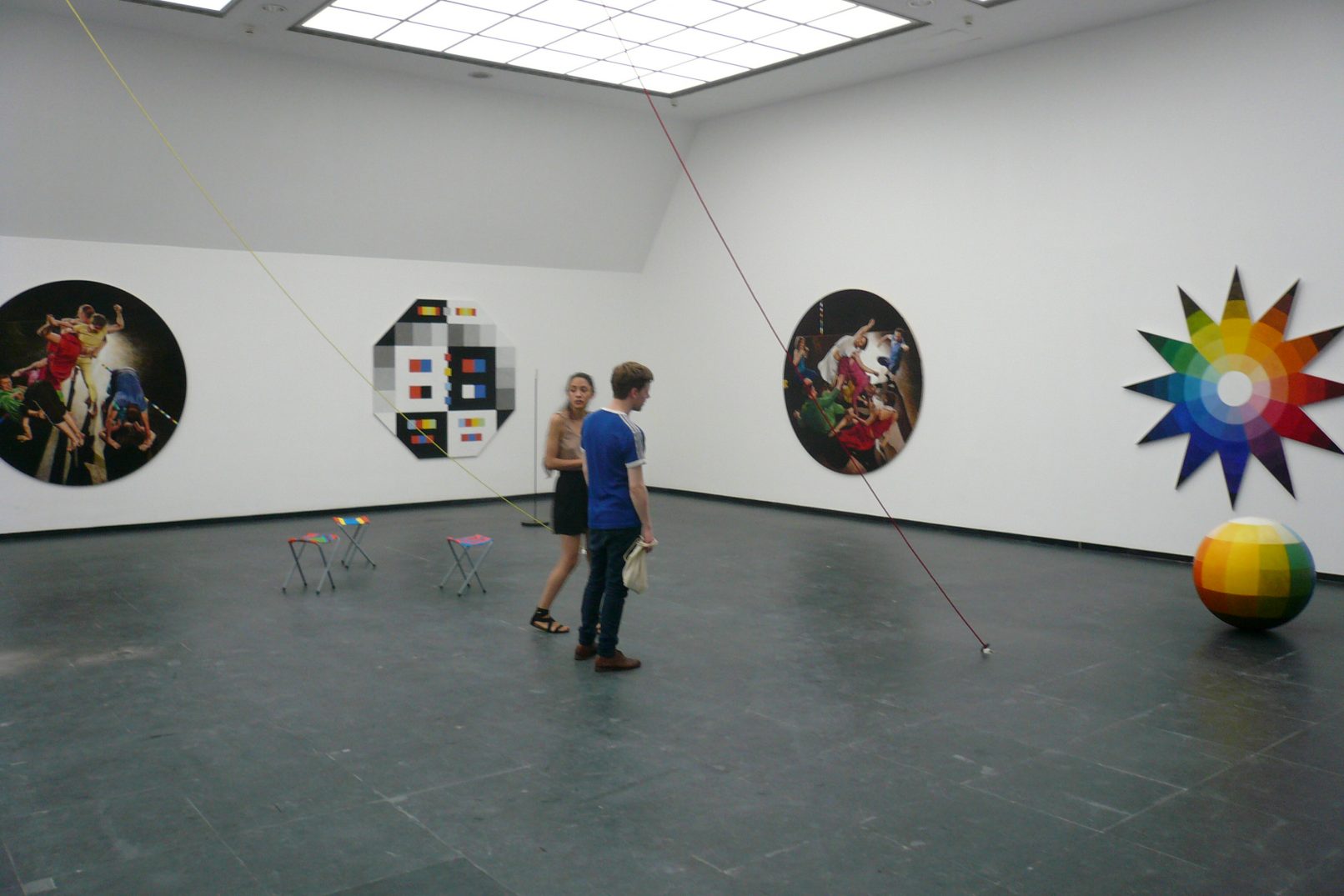 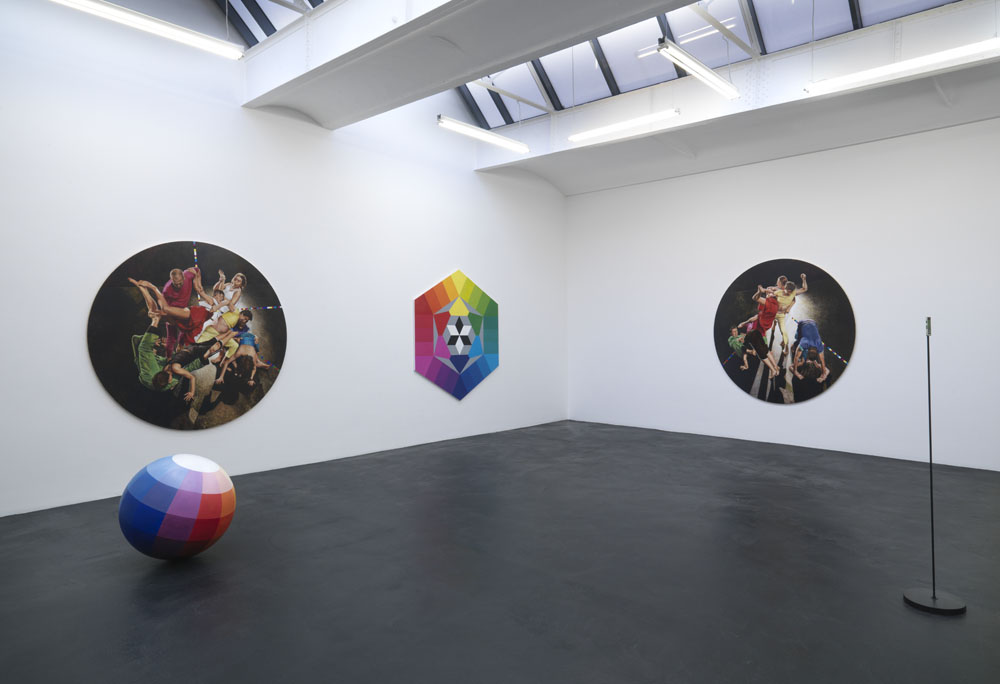 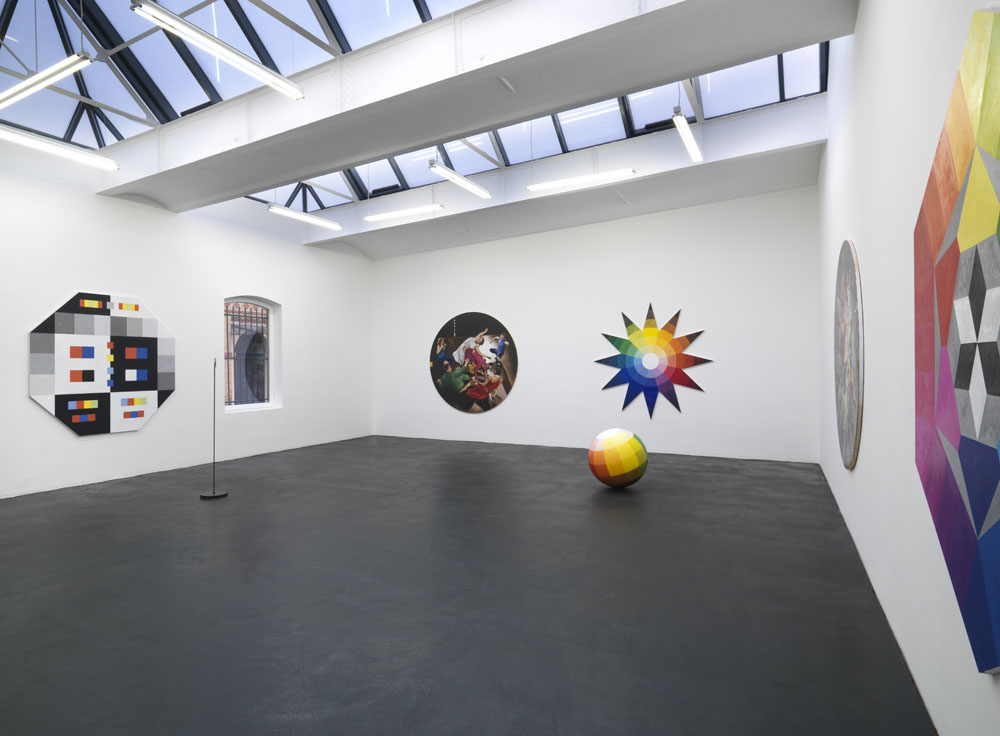 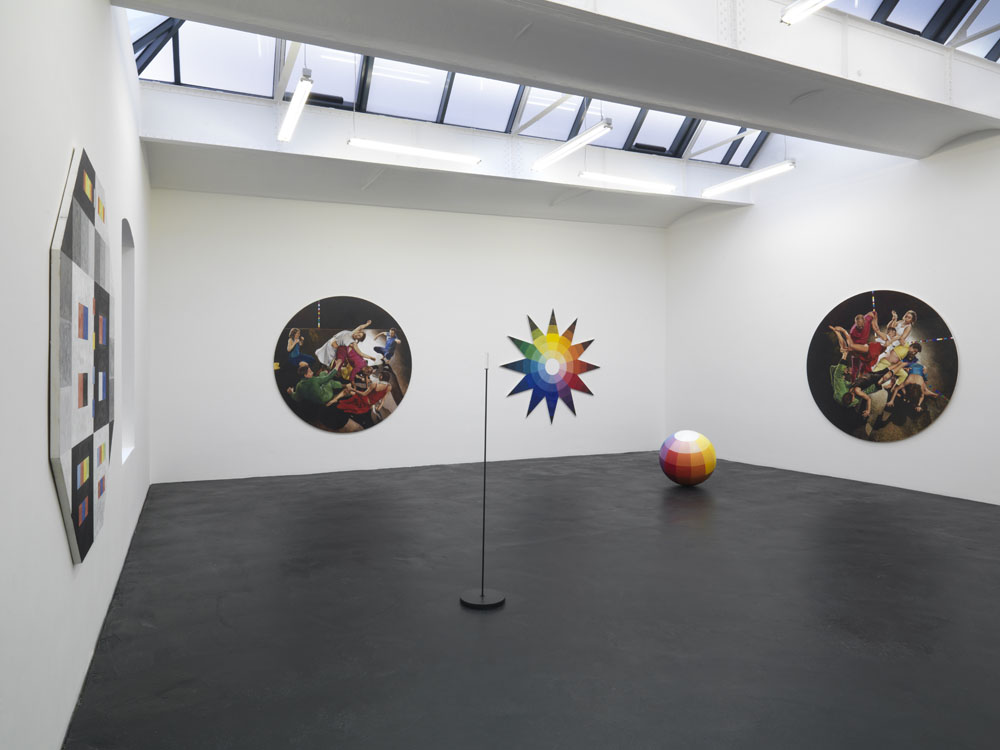 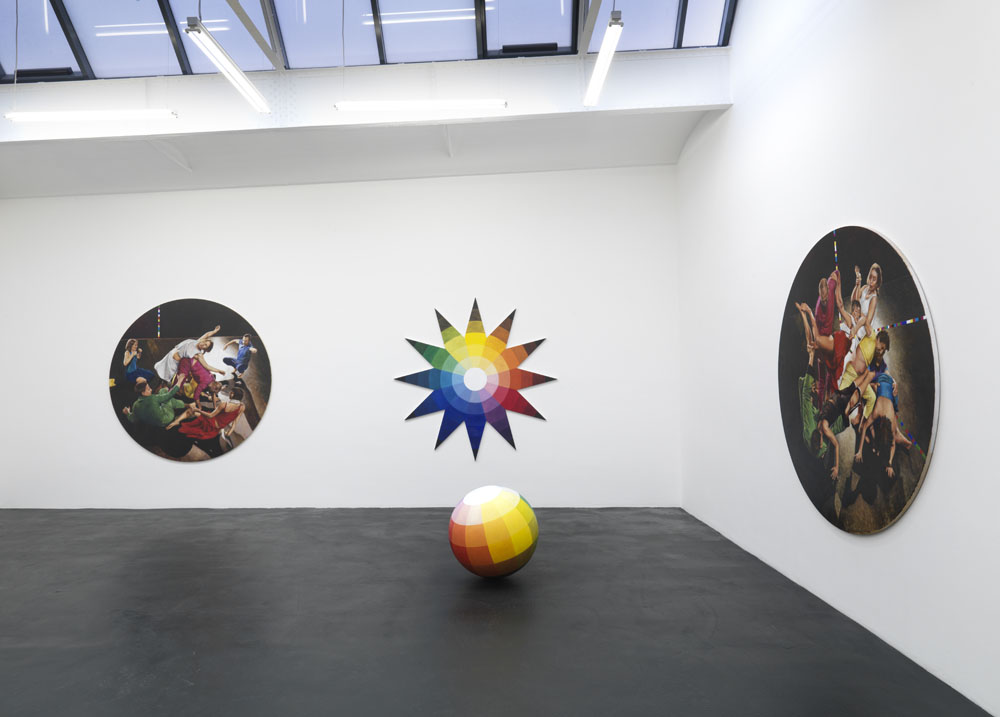