Maclura pomifera, also called the “Osage-orange”, after the Osage people in Oklahoma, is the fruit of a tree, the wood of which is used to make the best hunting bows in the world (it is also called “bois d’arc”). They are also used to plant hedges for the herds, hence yet another name: “Hedgeapple”. The wood is very resistant, is slow to rot and burns very nicely in the fireplace, where it sprays sparks. The fruit is inedible even for animals. It is presumed that the giant sloth–now extinct–liked to eat them.

All of this was unknown to me when I first used an image of a Hedgeapple  from the internet as a model for the monadic object in my painting Entity. When this installation became part of the World of Gimel in Kunsthaus Graz, 2011, I realized I had to return to the Osage Orange / Bois d’arc / Hedgeapple.With all all other objects of the World of Gimel, I had gone into the country from which they came to find out more about them. In this case, I returned to the internet and tried to learn more about its country of origin and its uses. Through these researches, I encountered the books of John Joseph Mathews (1894–1979), a fine hunter of partly Osage indian origin. 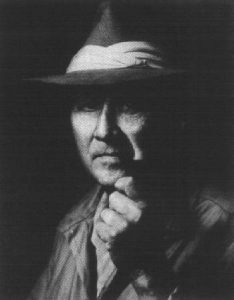 John Joseph Mathews became one of the Osage Nation‘s most important spokespeople and writers, and served on the Osage Tribal Council during the 1930s (Wikipedia). After some time in Europe he returned to his homeland and lived in a lonely stone house he had built himself, happy with the hunting and life among nature. He describes this in his book Talking to the Moon (1945): using detailed observations of animals and plants, he follows the course of a year in the oak woods of Osage County and describes the perfect balance of the ecosystem around him. 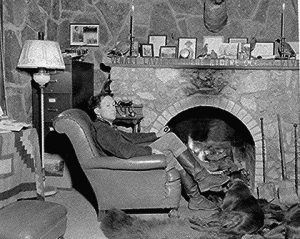 John Joseph Matthews and his fireplace

In my “fireplace room” I reconstructed Mathews’s home using stones that I painted myself. It is based on a historic photograph that shows John Joseph Mathews at his fireplace. He had a Latin inscription on the mantelpiece: VENARI LAVARI LUDERE RIDERE OCCAST VIVERE (To hunt, to bathe, to play, to laugh, is to live).

My fireplace is not a real house; it is only a three-dimensional painting of stones. The house I built is made from paint – but it is build by hand just as the house John Joseph Matthew built in Osage County.
It also contains no real fire. But you can sit on a chair that is also a painting, but real enough to sit on, and browse John Joseph Matthew’s Talking to the Moon. To your feet you discover fresh apples. You might be tempted to eat one. Don’t worry, it will be replaced.

You can also step out–into the forest or the city–and exist not only next to, but with the other; not only handle it, but establish a connection to it.

I found the chair in the chicken coop at my house in the countryside. The house is between four lakes in the Havelland region, in a village called Himmelpfort (Door to heaven).

See also:
The Guardian of All Things that are the Case. The Eight Objects, 2009-2011
Antje Majewski. Die Gimel-Welt. Wie kommen Objekte zum Sprechen? /
Antje Majewski. The World of Gimel. How to Make Objects Talk? Kunsthaus Graz 2011 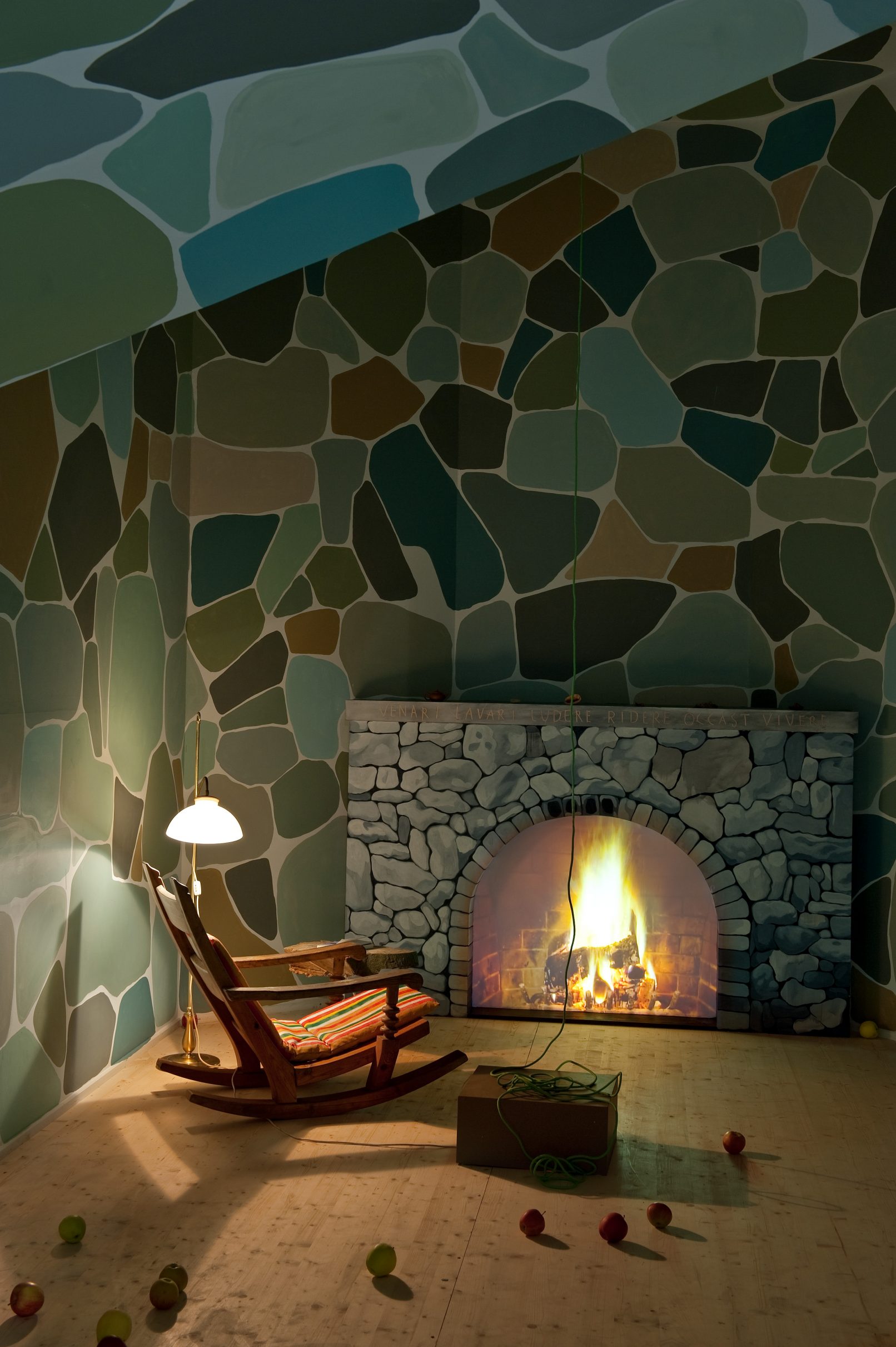 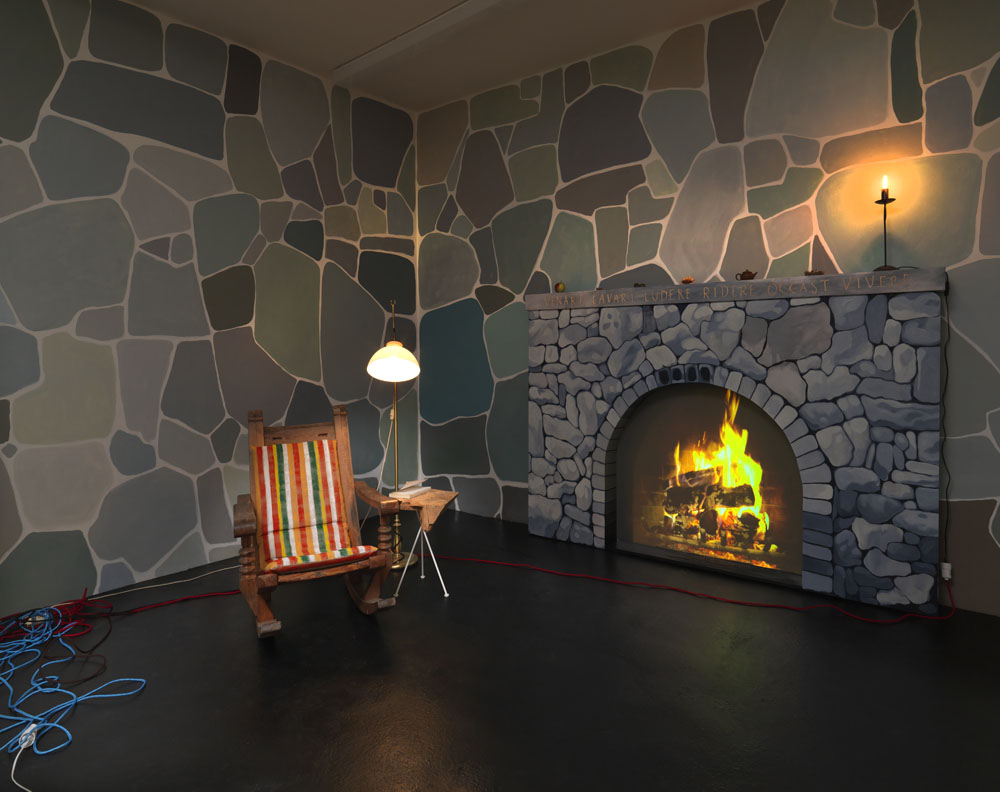 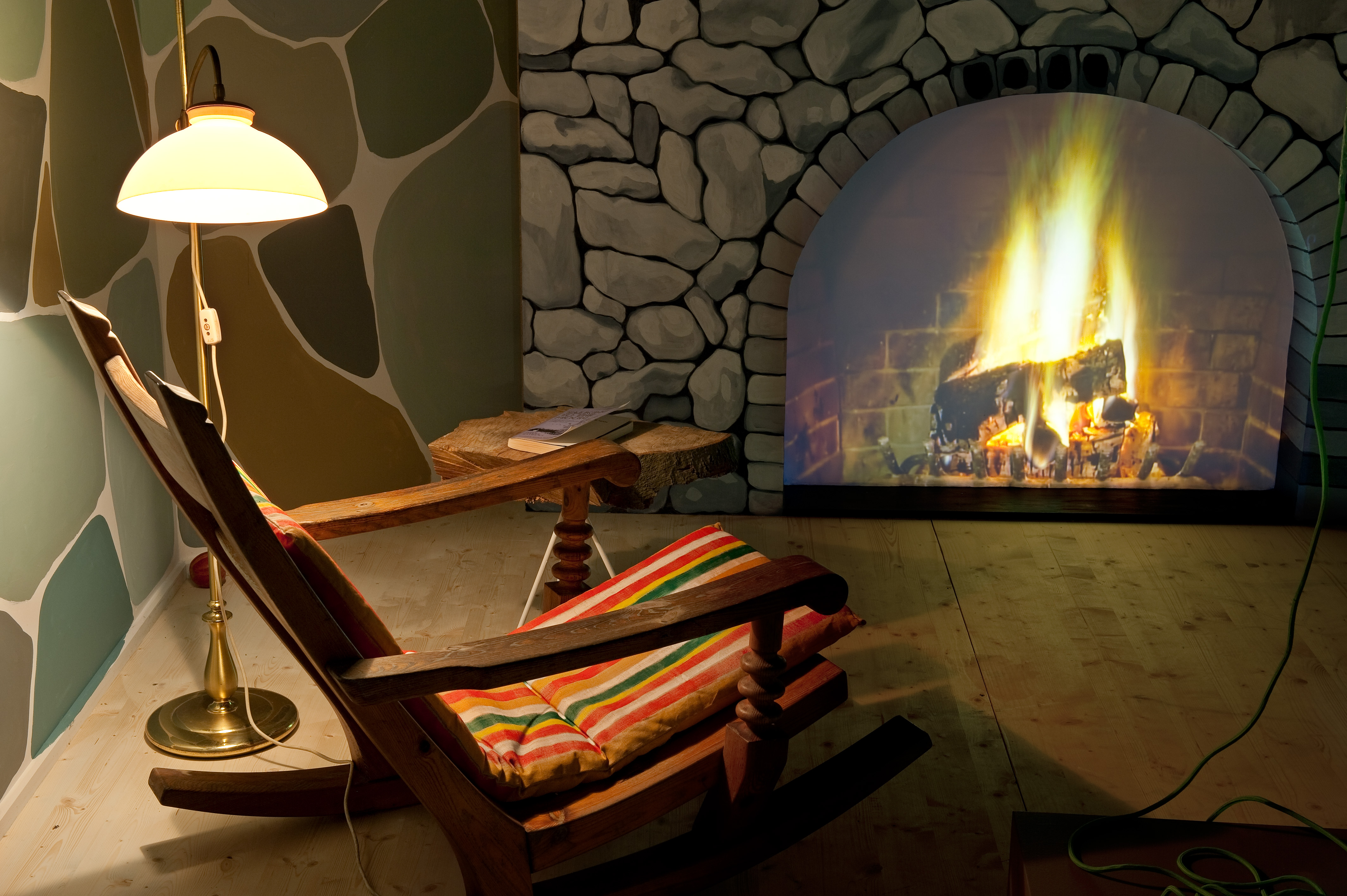 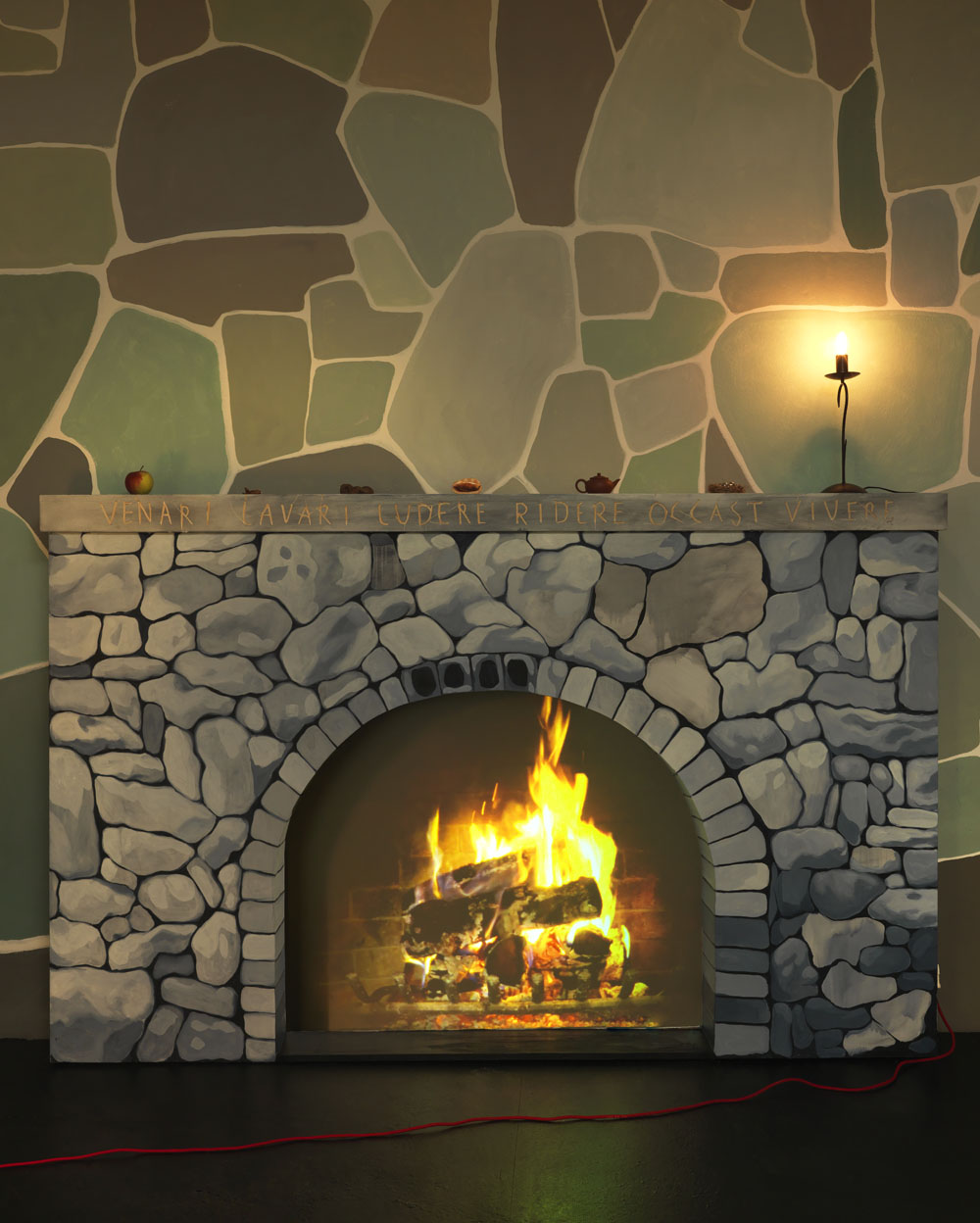 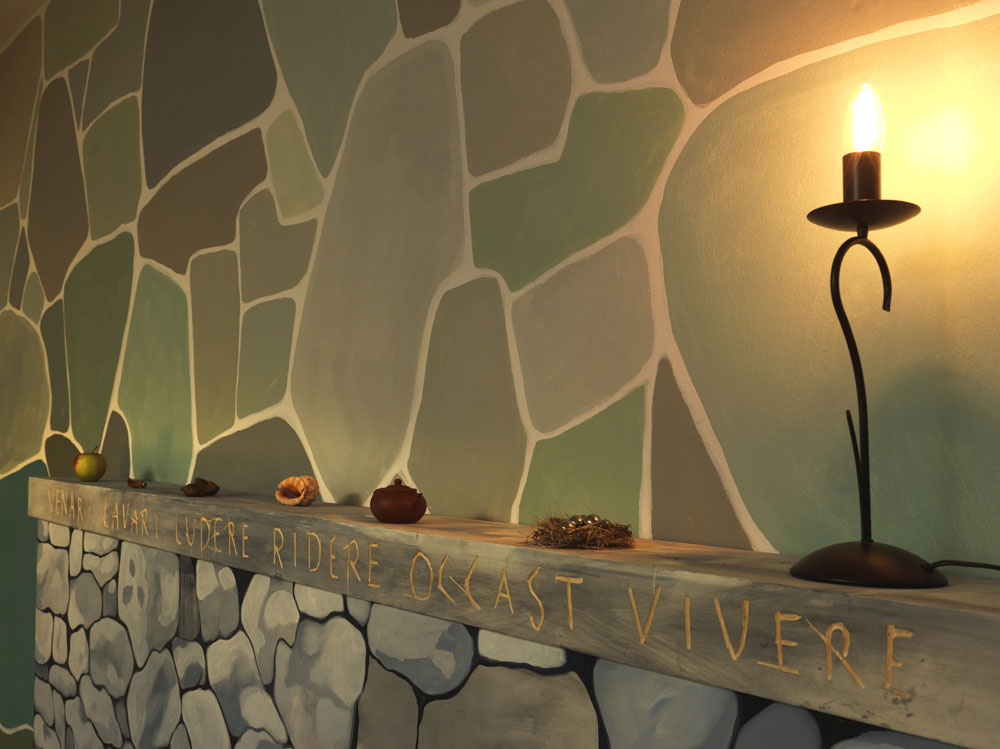 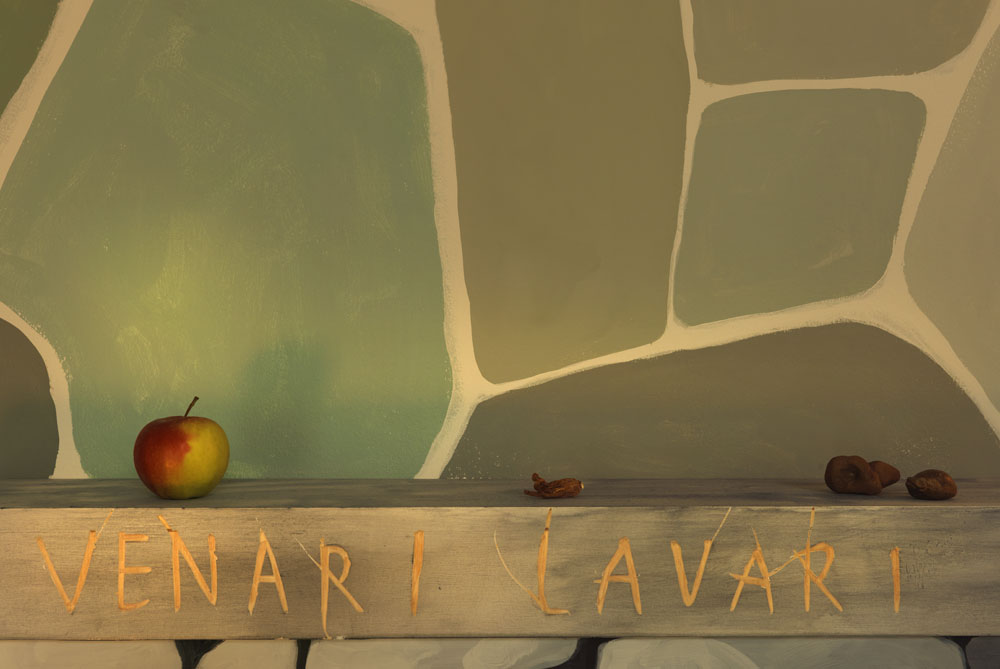 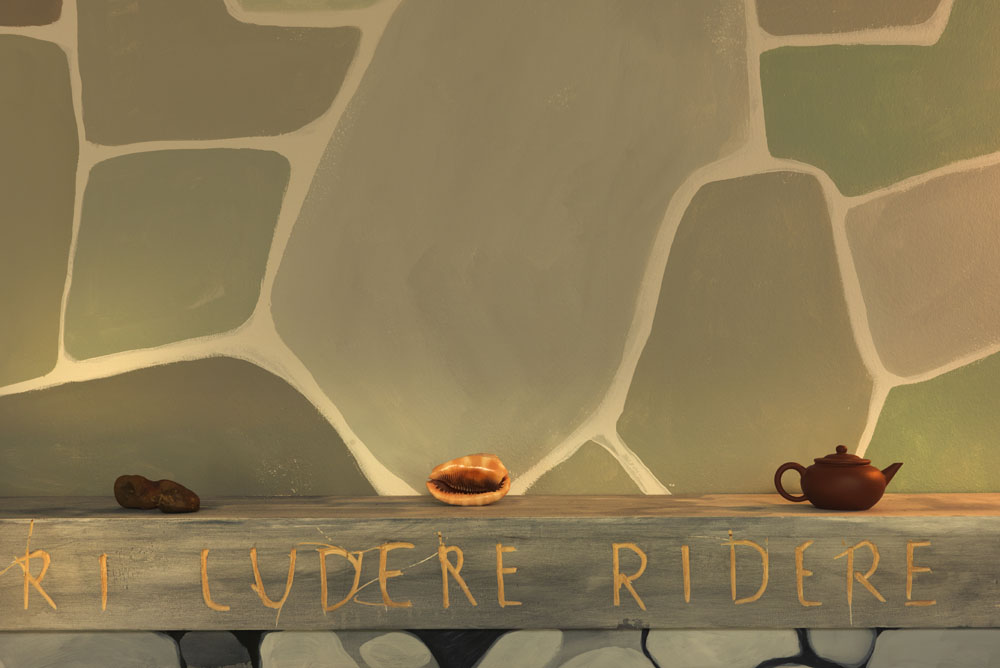 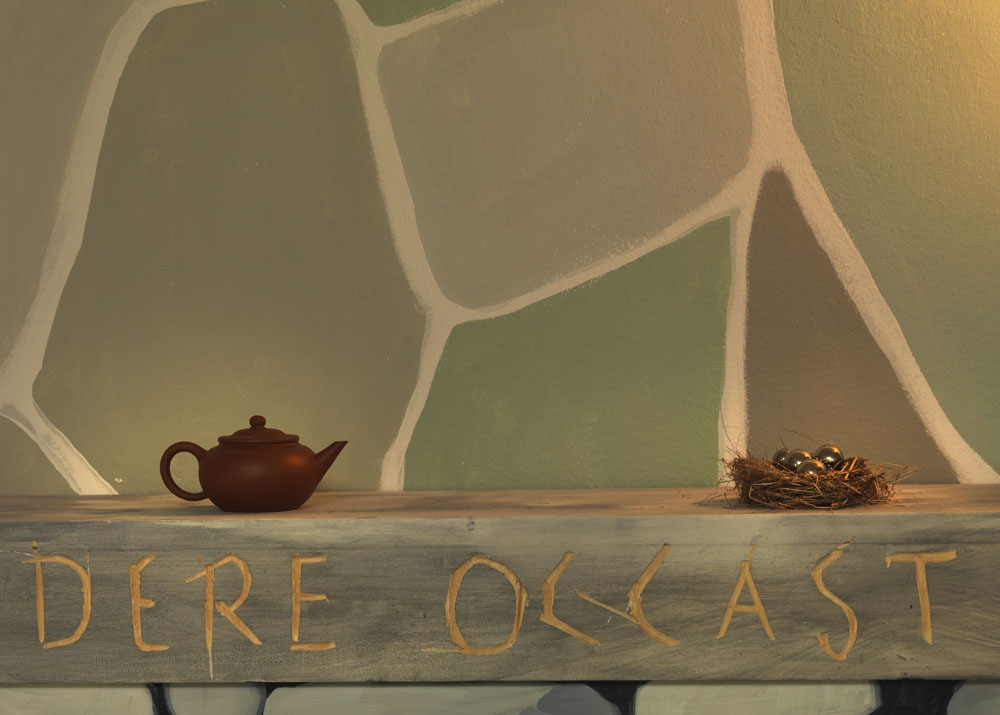 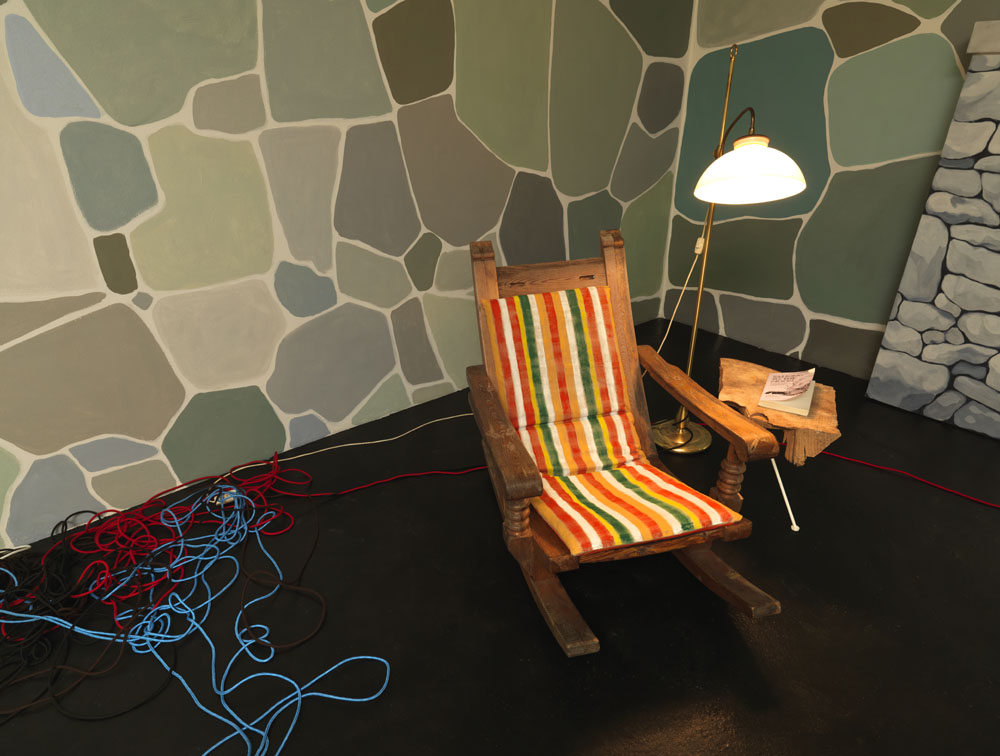 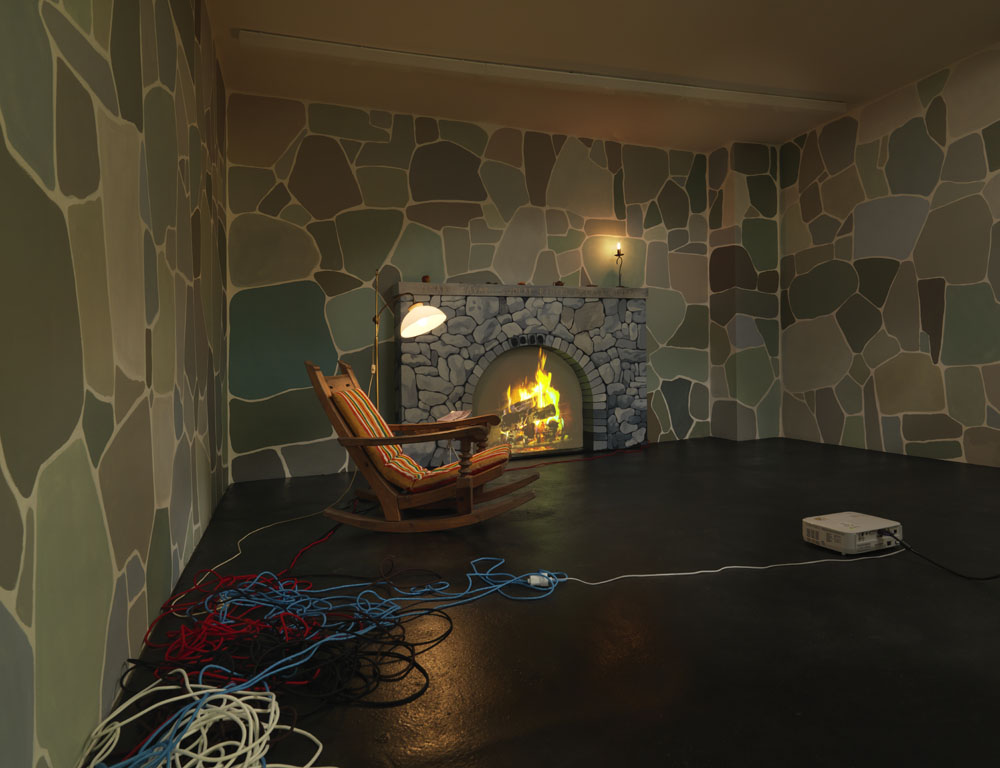 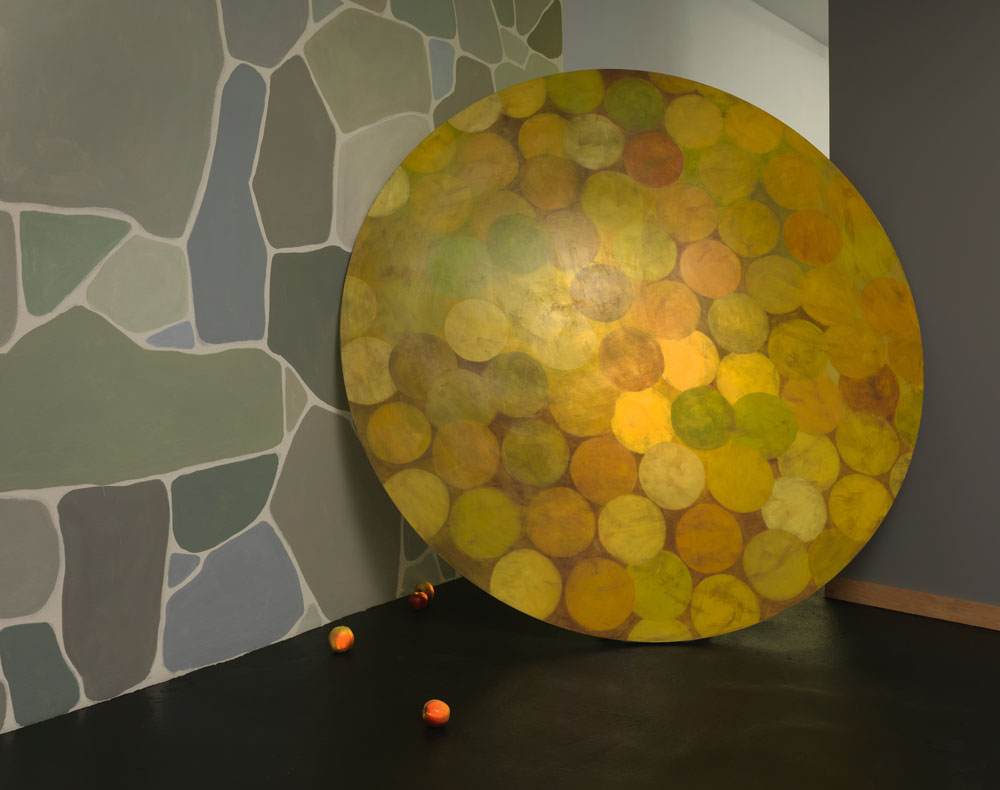 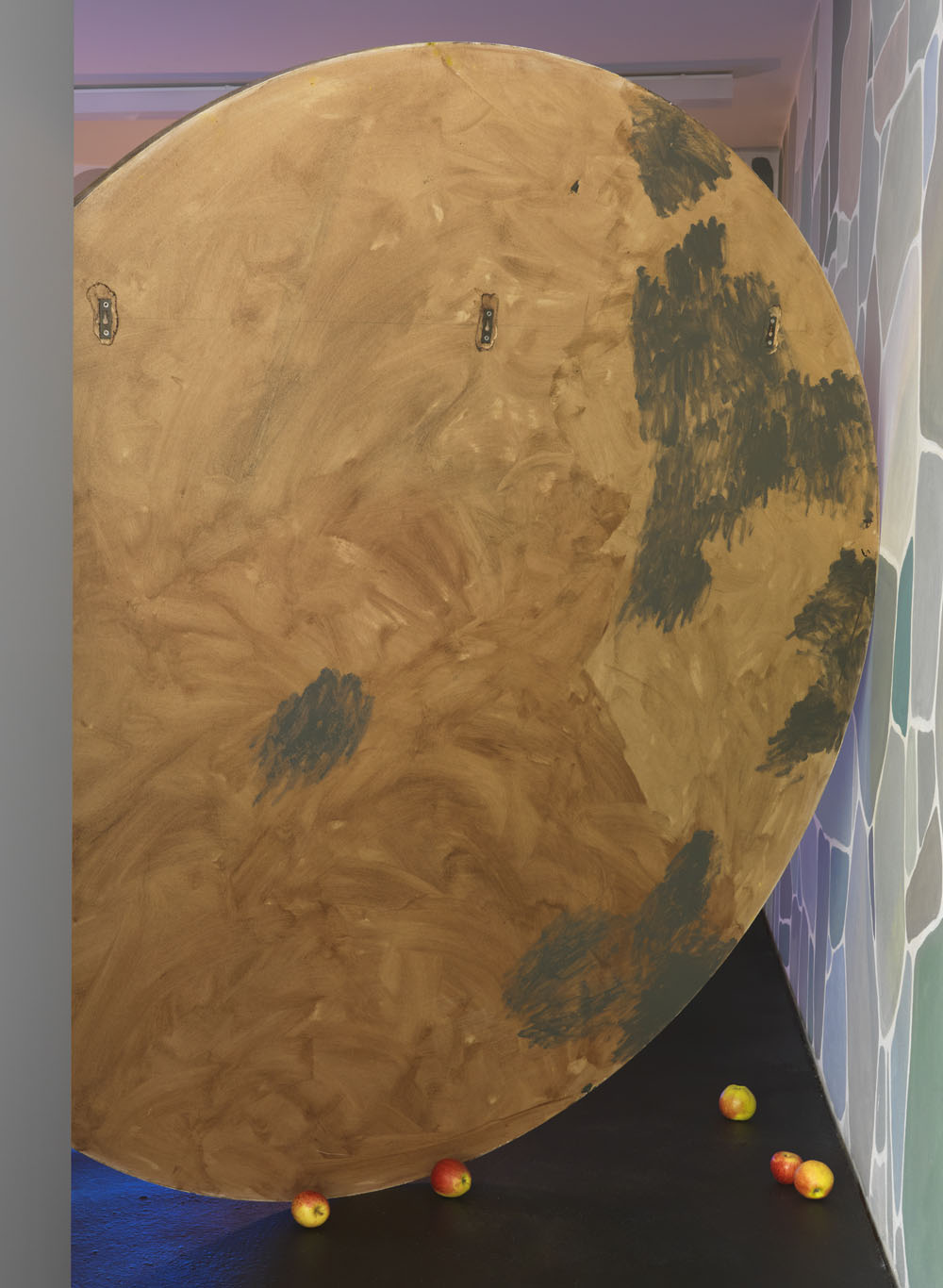