The Phallus was found in the same cave, but is much younger, around 28.000 years old. The most common interpretation is that it is a phallic symbol, while some argue that it could also have been a tool, something like a mallet. It is made of stone and has some incisions that add to the impressions of male genitalia. I was fascinated to find nearly identical stone objects in the collection of the Weltkulturen Museum Frankfurt, from Papua New Guinea. They were made by an unknown culture around 4.000 years ago. Since there are testimonies of people beating the skin of trees with these objects to make clothing, in this case they are commonly described as “tools” – even if they were also used for magical purposes and look as much like phalli as their much older German cousin. I painted them in my work I go get the good things, you follow me, 2012.

These ancient bodies talk to me, and I translate what they tell me into painting: that they haven’t died, that their bodies of stone and ivory – or in my tempera paintings, earth pigments and egg – are of flesh and blood that rejuvenates through my brush, because it is handled by my own body, so similar to theirs. 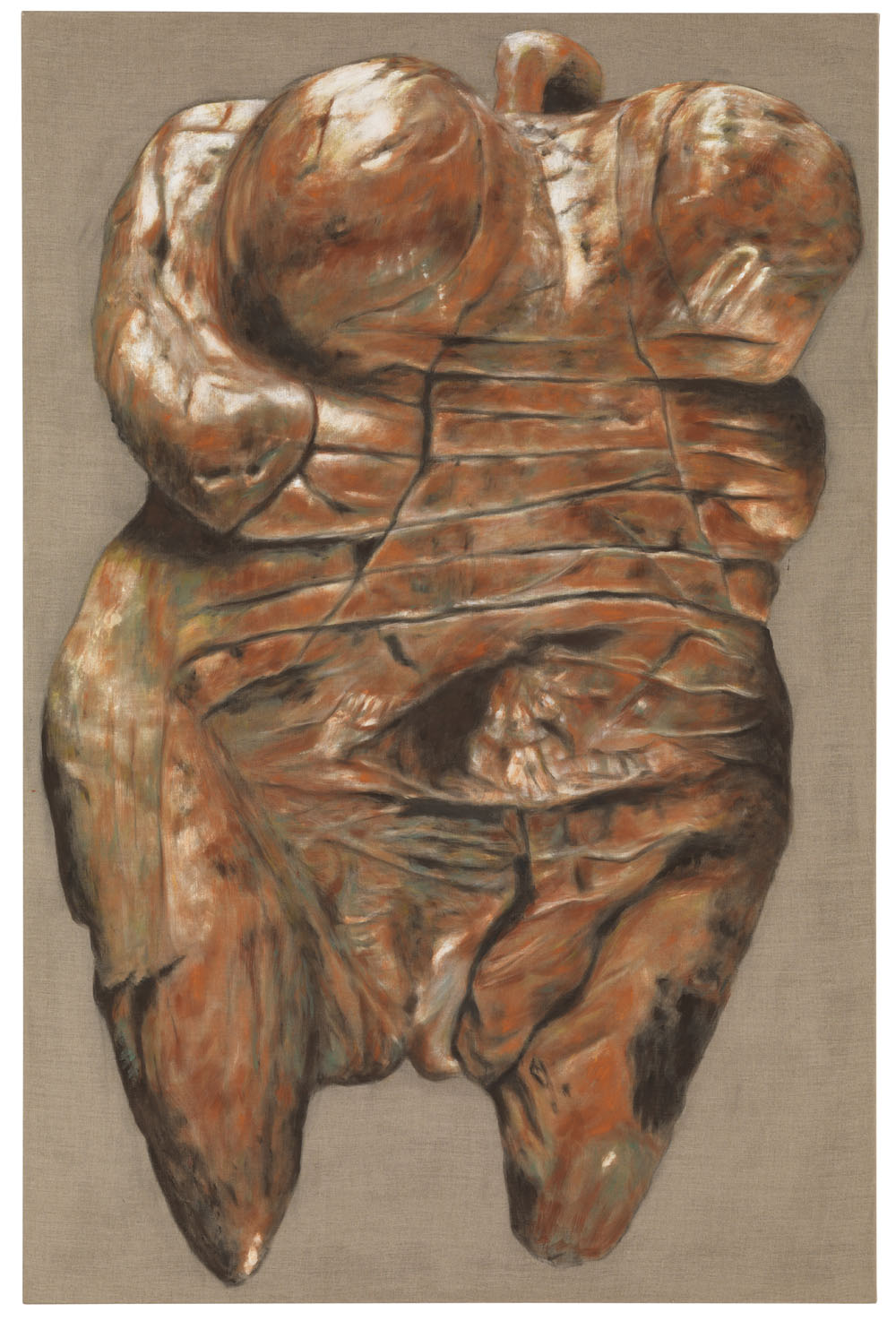 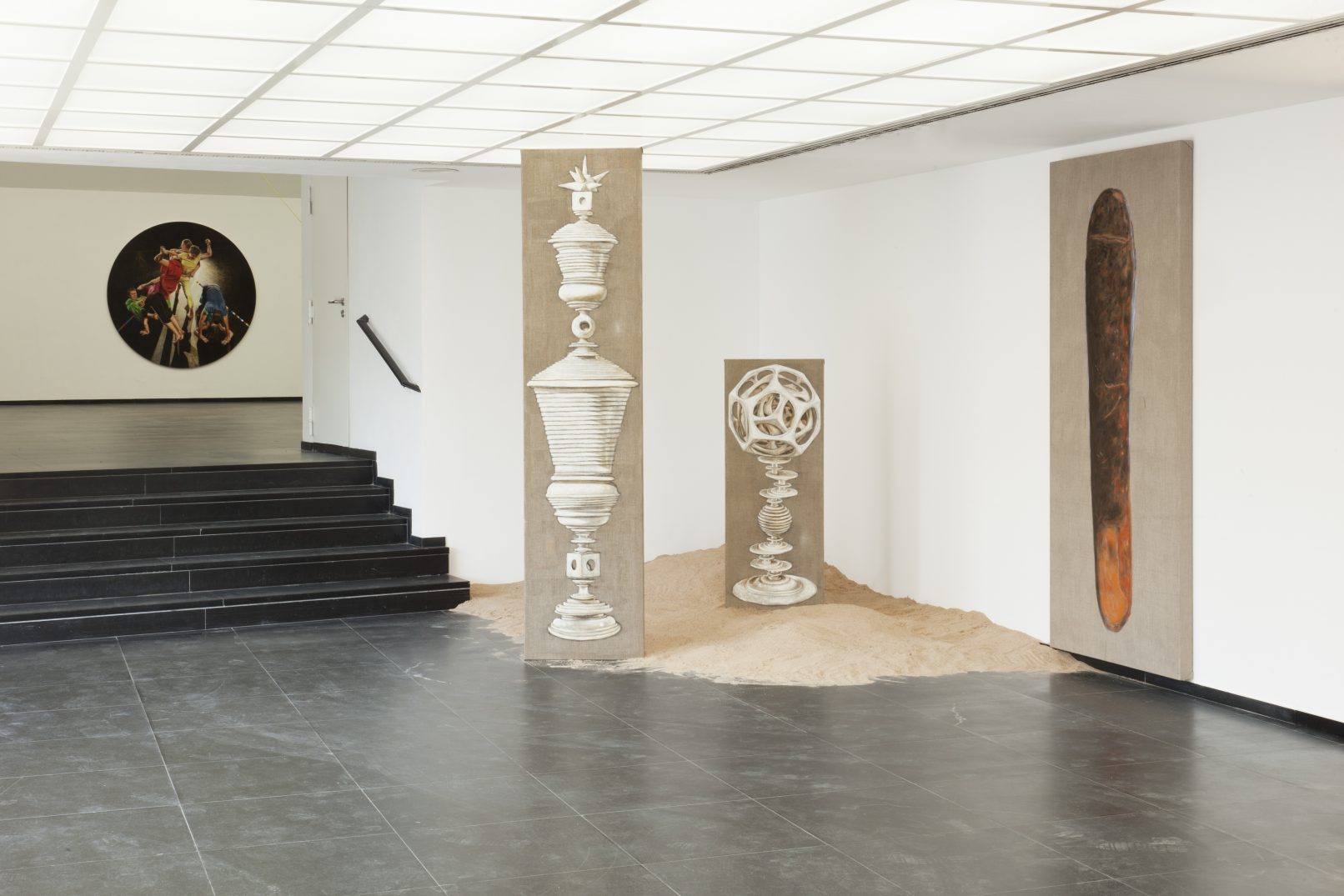 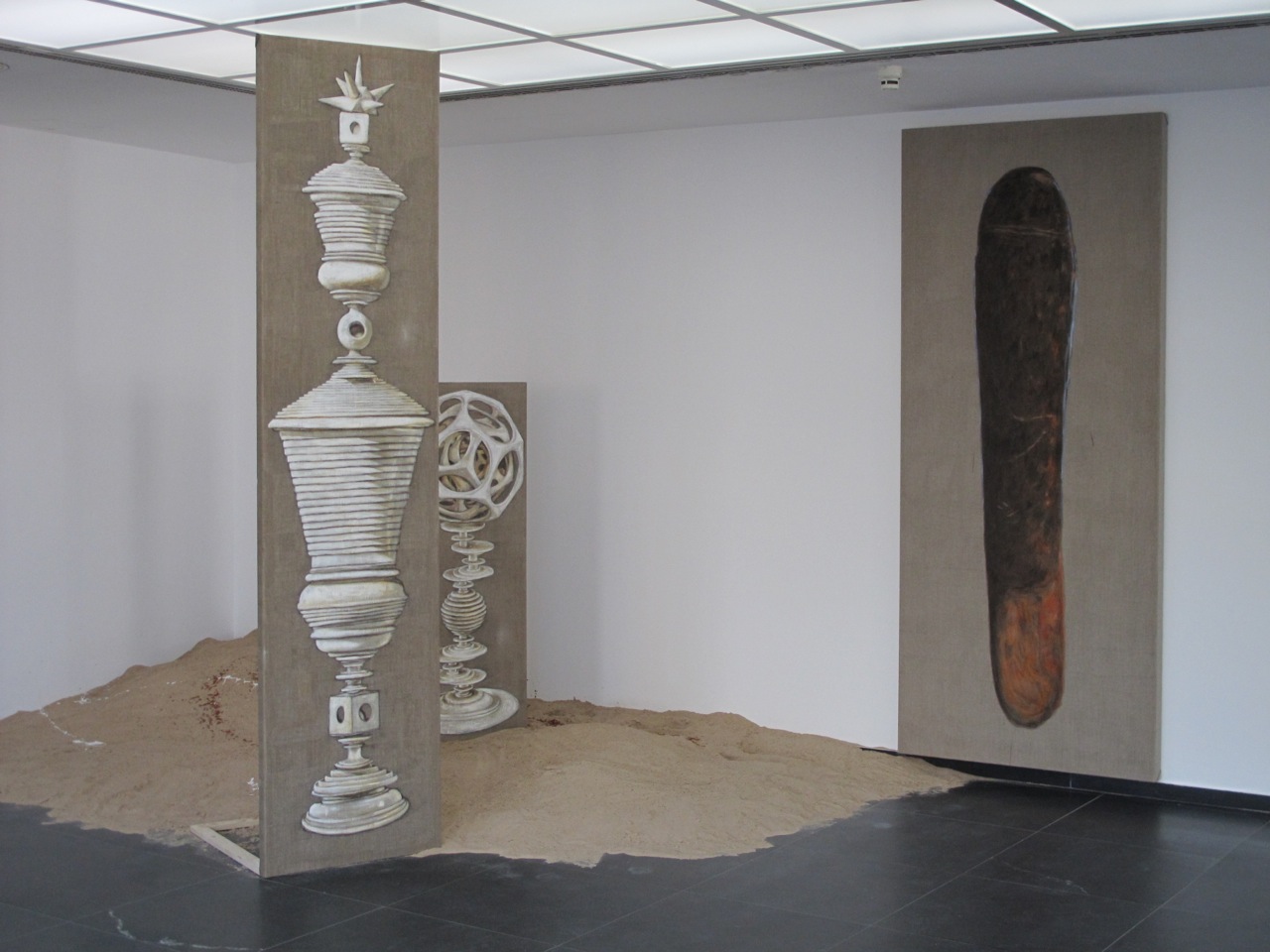 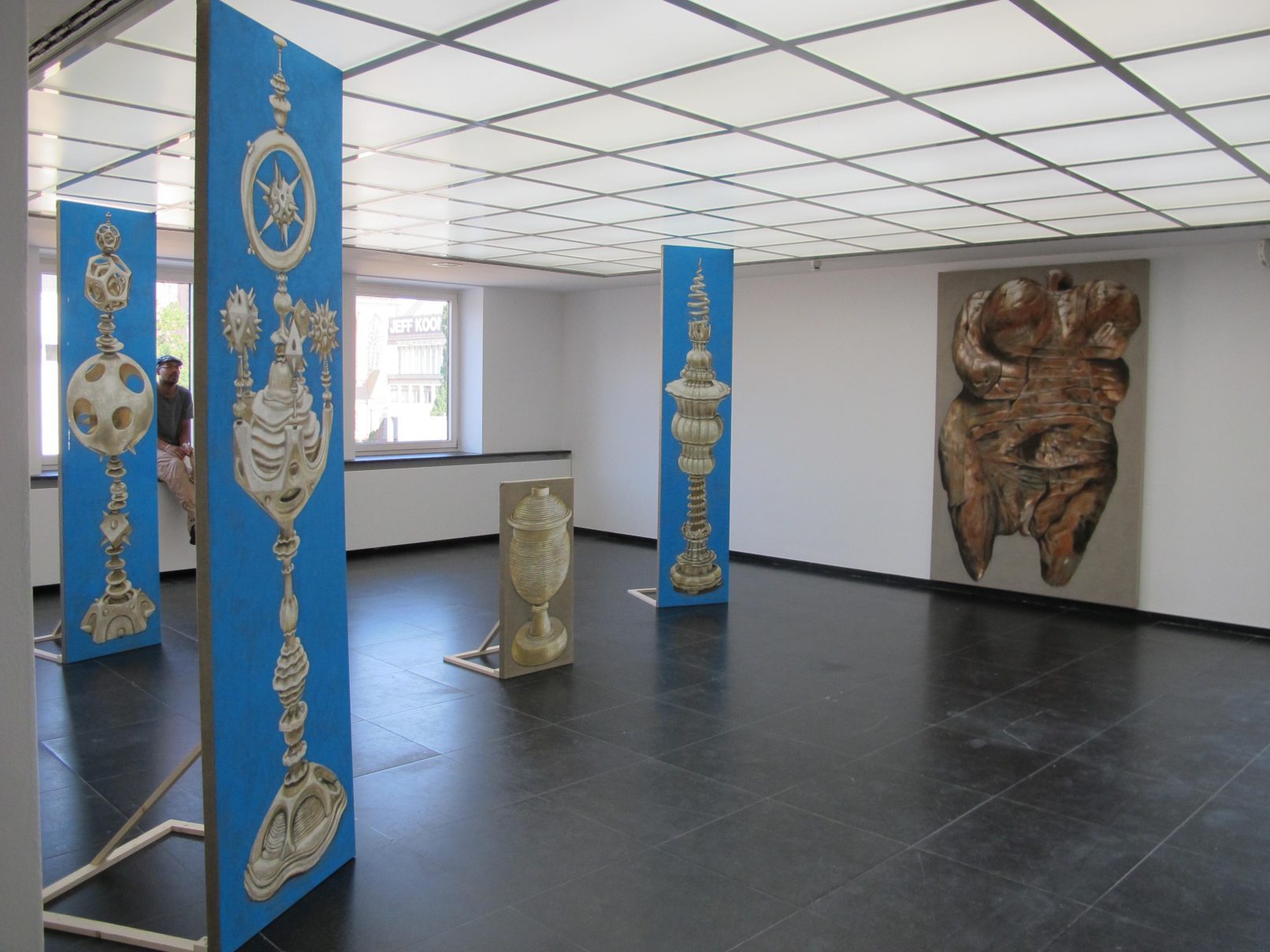 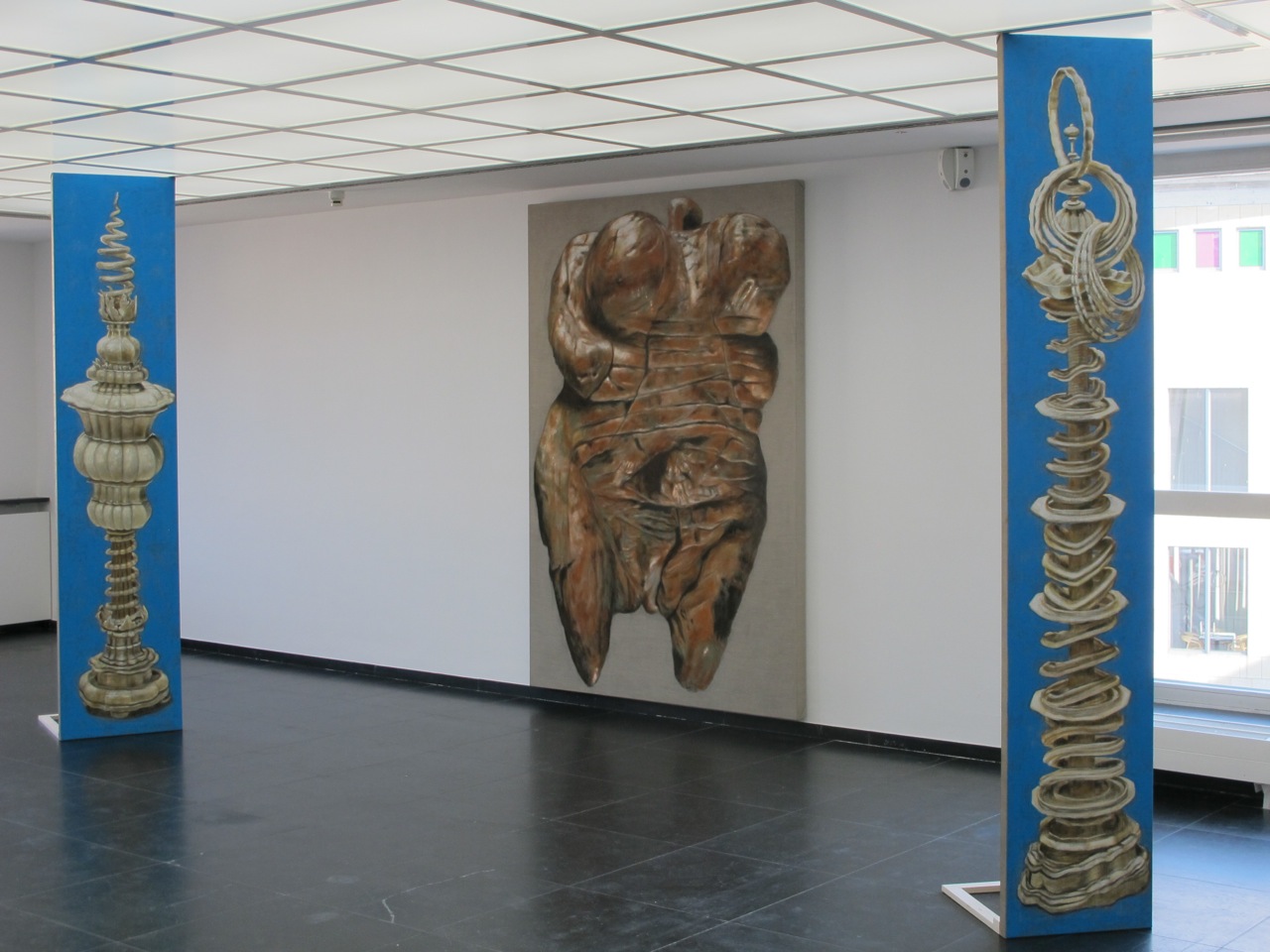 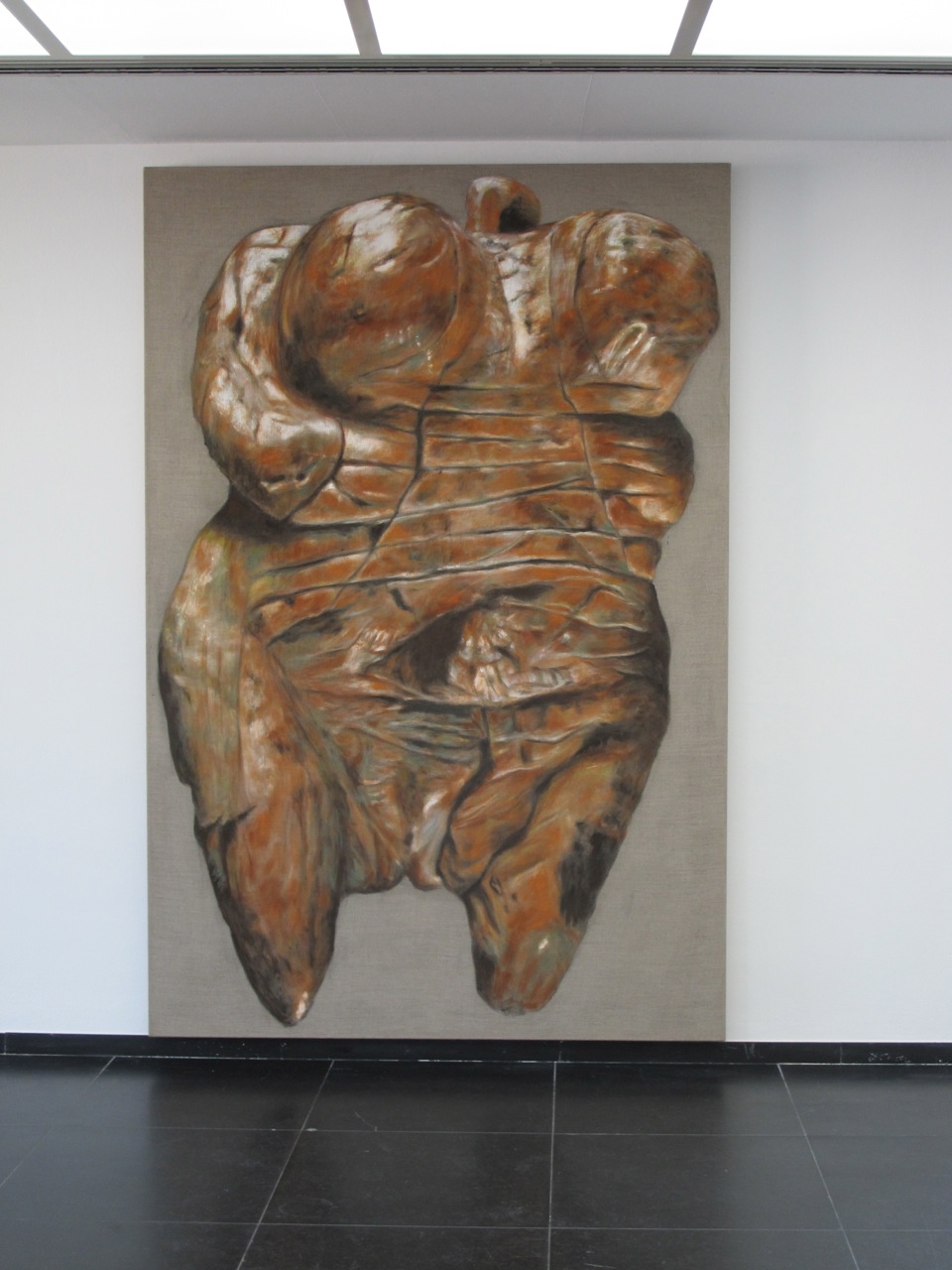 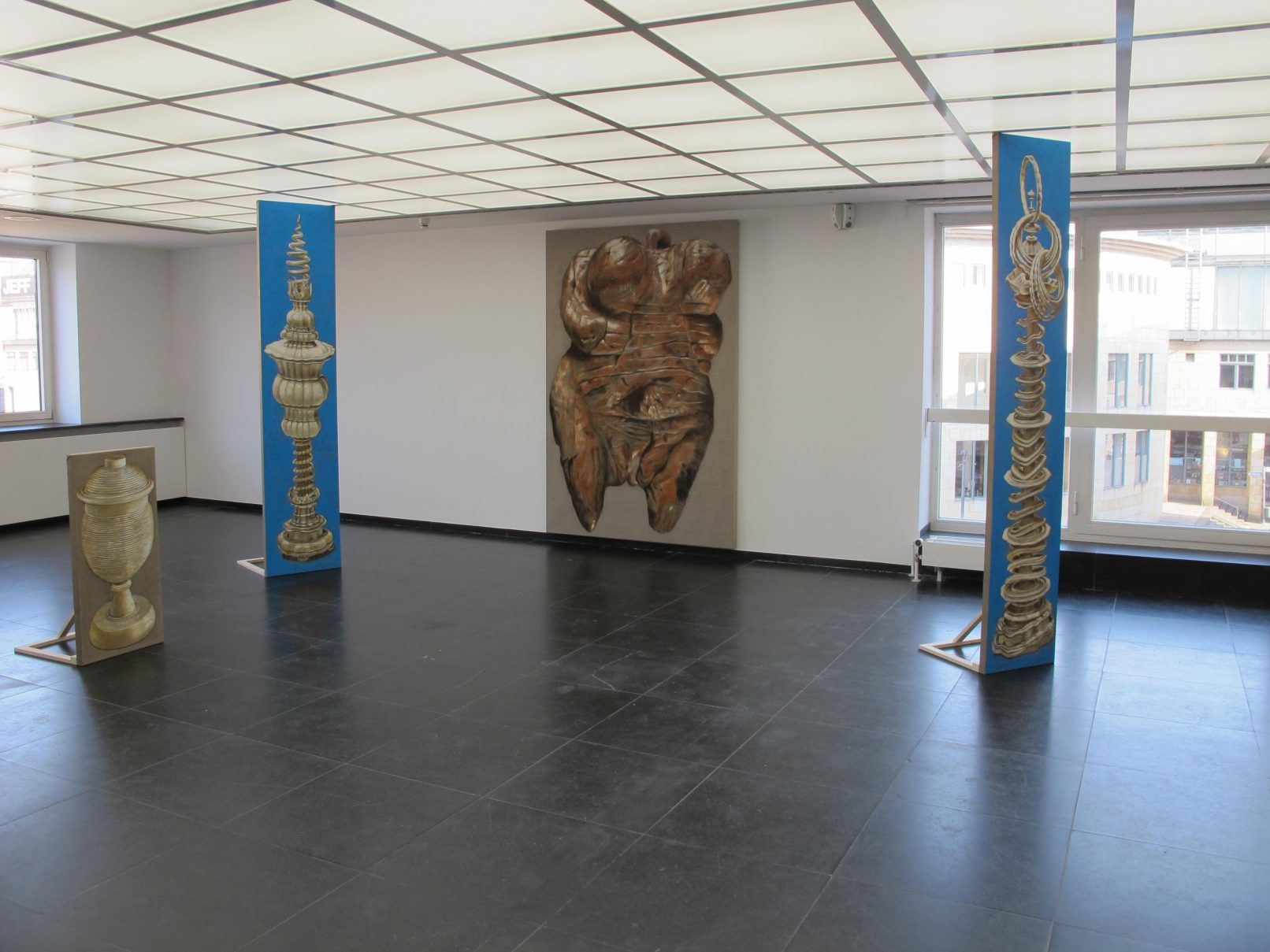 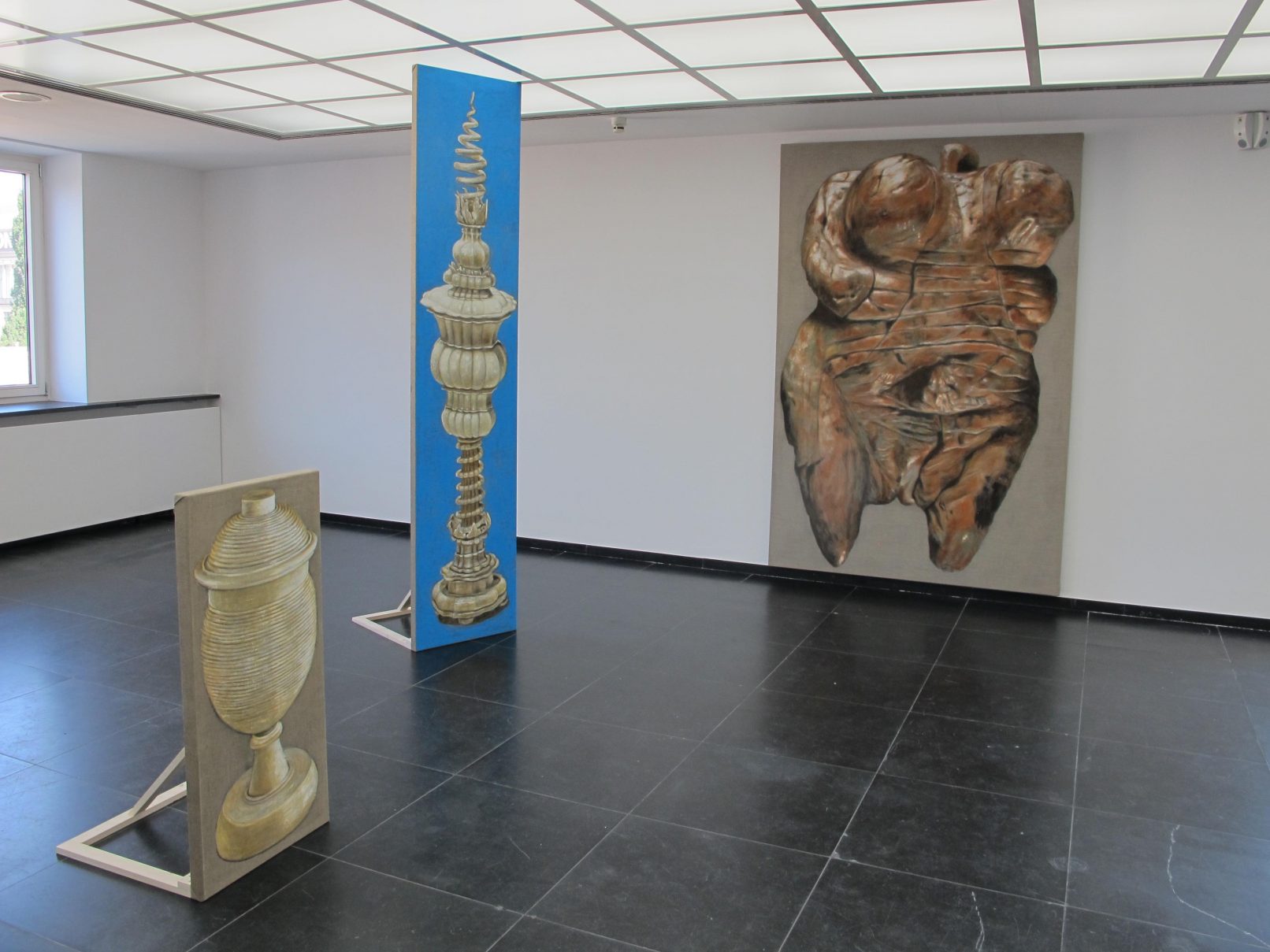 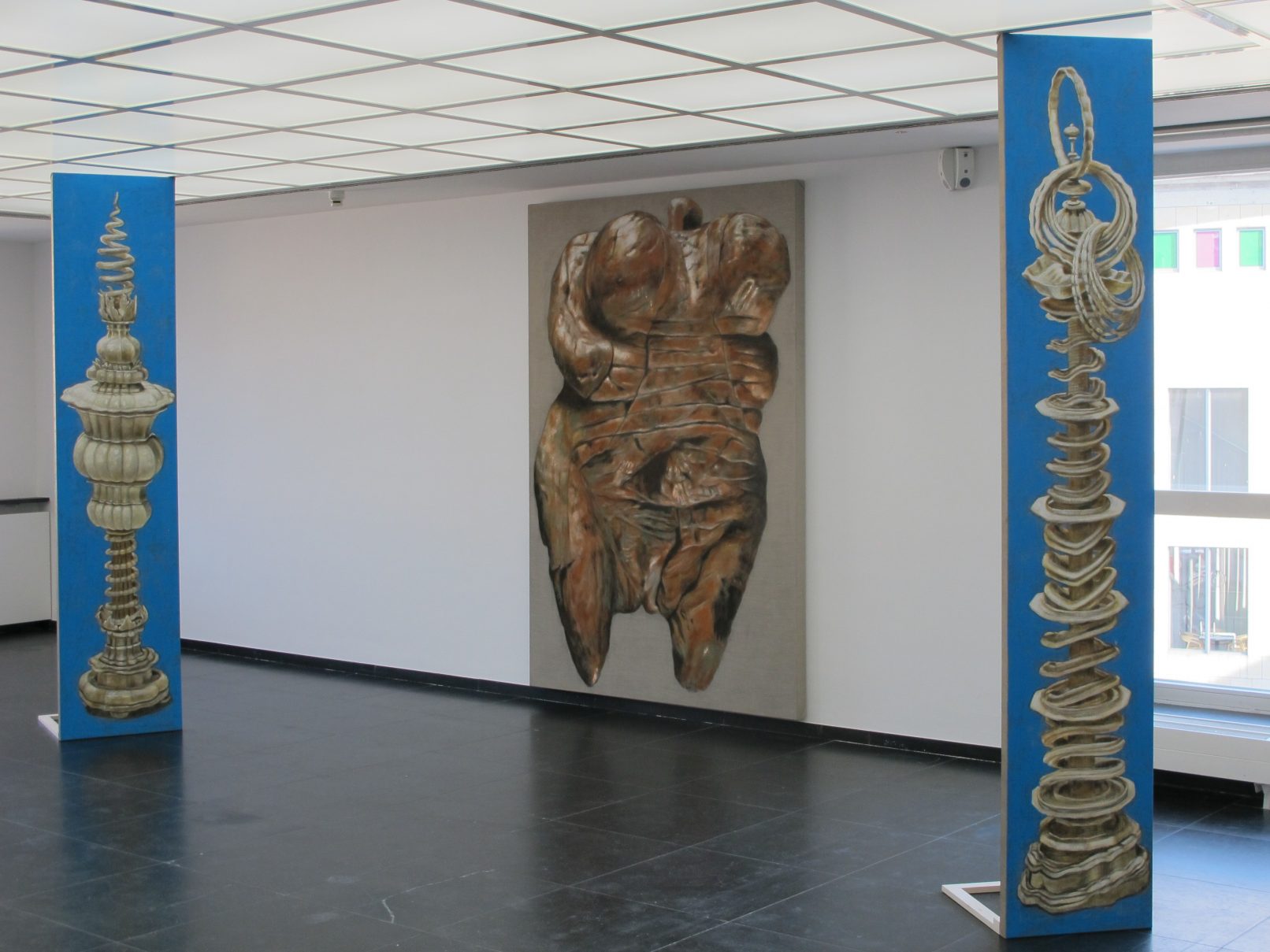 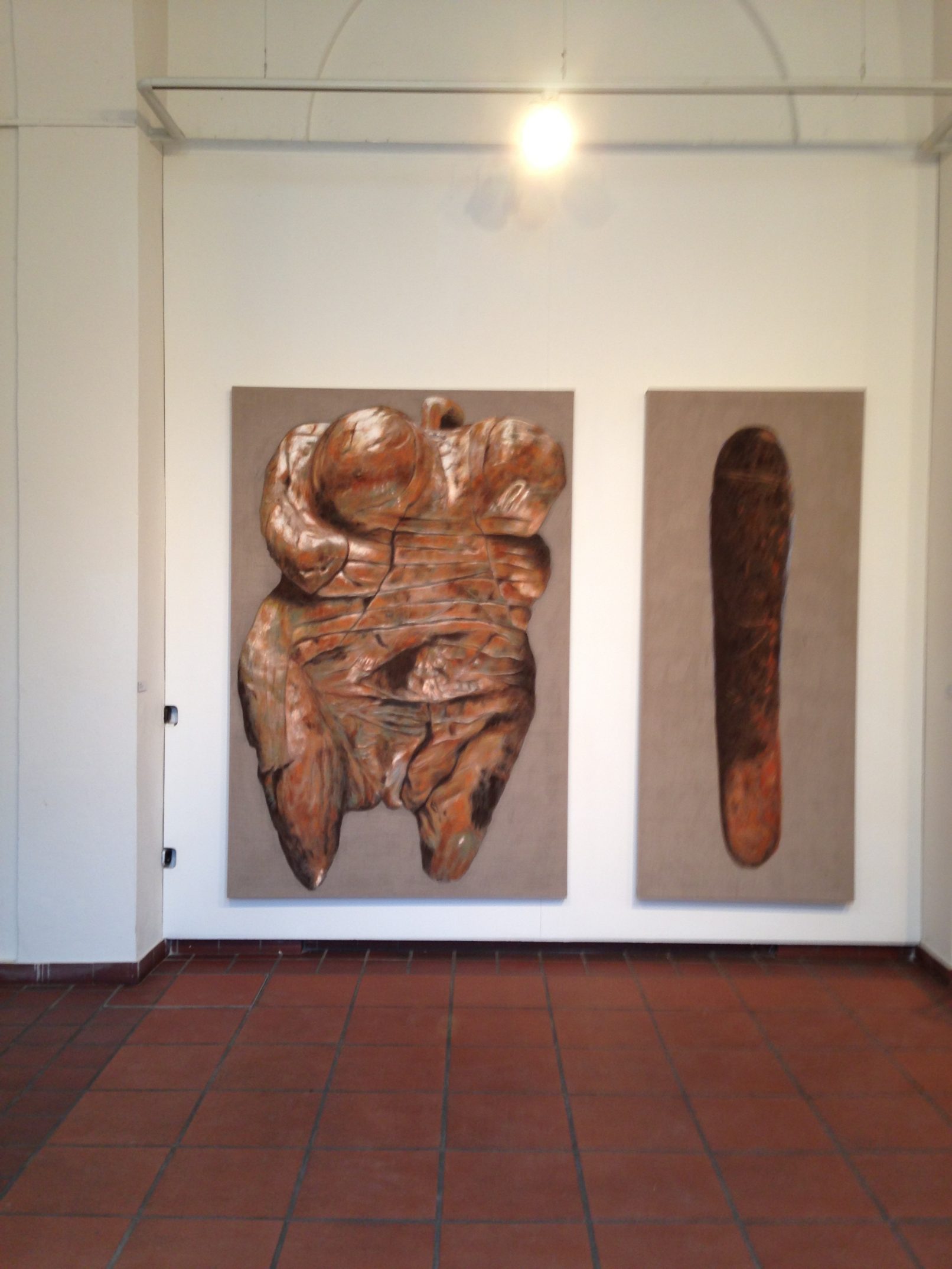