Video consists of three looped video films that are shown on hanging screens which form a triangle. The room is otherwise dark and silent; there is no soundtrack.

One film shows Sarah Mucaria, a mime, a living statue whom I had seen on the street in Milan. She was quite big, her face was painted white and she wore a white robe and something white on her head; only her eyes–very big and shiny–were black, and she didn’t move at all, not even her eyes. After several minutes, the statue came to life in a slow, fluid and elegant way before freezing into another classical pose. I picked up a piece of paper from a basket in front of her feet; it turned out to be her address. “If you have taken photos of me, please send it to the following address,” it said. Since I had taken black and white photos of her, I wrote her a letter, and asked her to come over to London, so I could do a video with her. I filmed her in front of a red backdrop. She started her session by crying for the first five minutes. Later she explained that this happened every time she started because she didn’t even move her eyelids for several minutes in a row. “But then the eyes produce their own humidity,” she explained.

The video could be taken for a slide projection for several minutes because if a visitor doesn’t take time and wait, they can miss her change of poses and mistake it for a single image. She is very white–immaculate–like a porcelain sculpture in front of the red.

The next film shows Krylon Superstar, a gay singer and performer from New York. He wears a red dress and black boots and has long hair. I asked him to dance wildly to house music (which you are not able to hear in the video). At one point he throws his leg so high into the air that the viewer can get a glimpse of what is underneath his dress.

The video is cut into single images by a strobe light. It was very slow; so what you see is a sequence of single images divided by black intervals, just fast enough for the spectator to form the idea of a continuous movement in their head.

In the third film I act myself, performing a kind of expressionist modern dance, Mary Wigman-style. I’m dancing in a dark room, holding a camera and taking intermittent flash photos of myself–only then can you see me. I wear a rather gothic long black dress and a wig with very long black hair, and my face is painted with grey and white ornaments. But this is only possible to see on the random photos that I took of myself.

The intervals between the flashes are too long to be filled in by the mind of the spectator; instead he sees single frozen images of poses.

The show was about time: frozen time in still images and fluid time in dance movements, and about the point in which still images become movement in our mind. It was also about dance–the slow and precise movements of the mimes expressive hands were just as well dance as the wild movements of Krylon. Finally, it was about the transformation of a person into an artwork. When I met Sarah Mucaria and Krylon Superstar they had already developed each a highly stylized art persona that they used for their work, which I could then use and complement with my own invention of the gothic dancer. 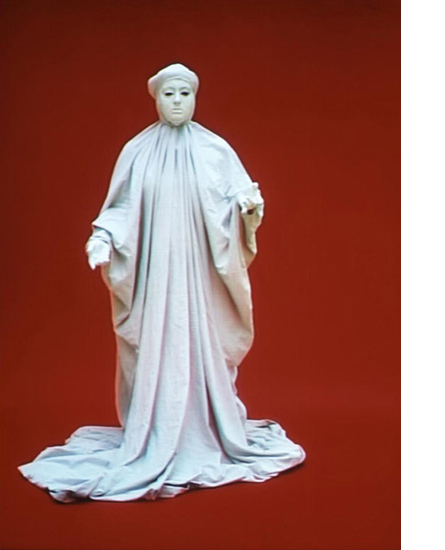 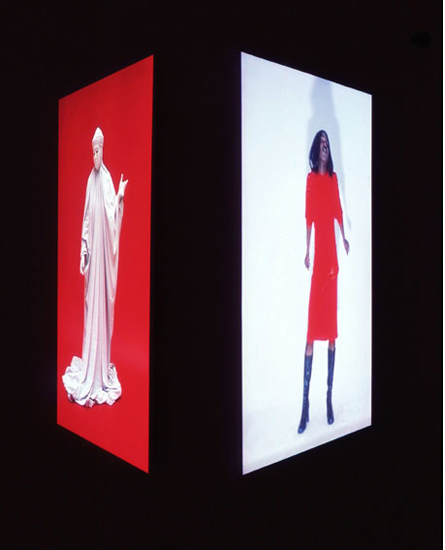 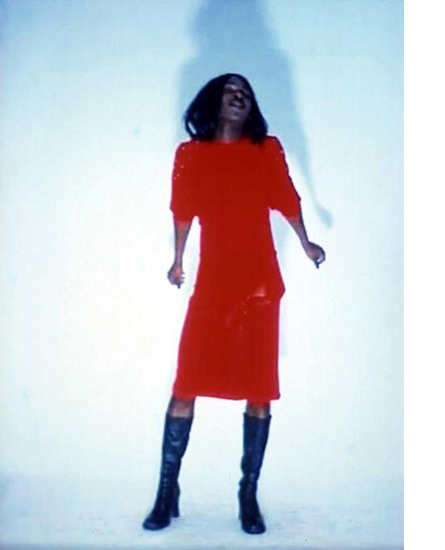 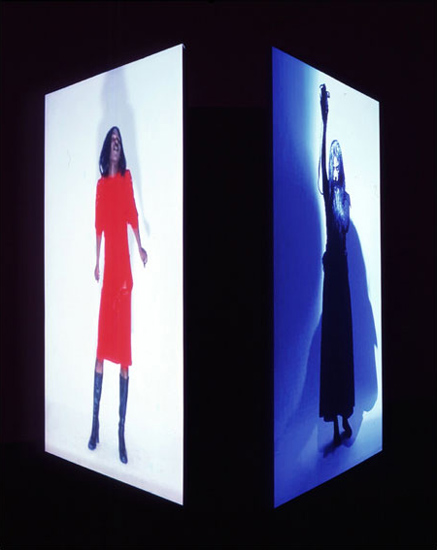 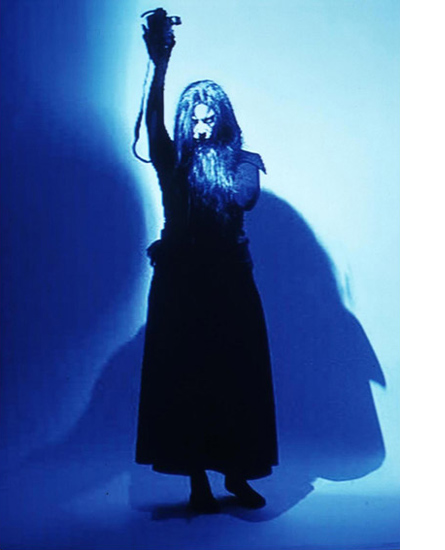 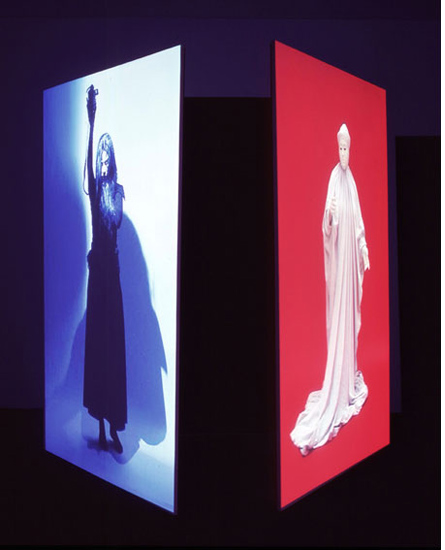 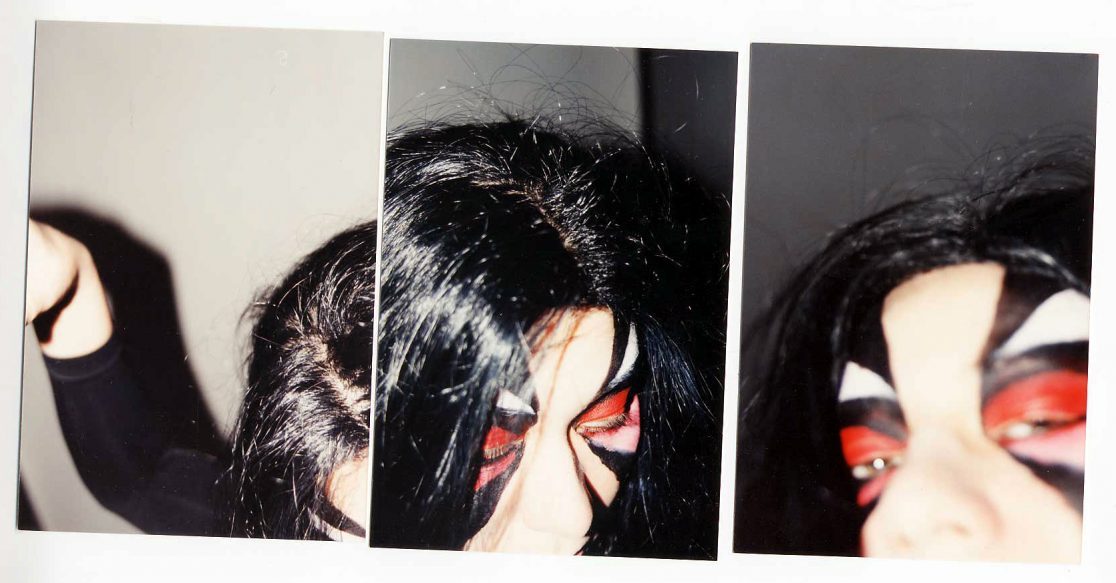