The installation “Le Trône” consists of a video and a painting by Antje Majewski as well as photographs of the German colonial era in Cameroon, which she found in archives and on ebay. It is part of the exhibition “The Shadow of the Sun,” which Antje Majewski conceived together with Olivier Guesselé-Garai.

The film Le Trône (The Throne) combines interviews with anthropologists, museum directors and artists in Cameroon for a continuing joint reflection on the throne of Sultan Ibrahim Njoya, who was given away during the German colonial era and is now in the collection of the Staatliche Museen in Berlin. The film ends with an audience with El Hadj Sultan Ibrahim Mbombo Njoya, the sultan’s grandson.
Is the throne, an extraordinarily crafted object, a museum piece, or is it an embodiment of the royal sacral power and heritage of the Bamun people? Apart from the legal level, are there other levels that are important in thinking about restitution, and that could lead to thinking from the inside of the objects themselves—and not of their positioning in European categories?
Her interview partners include the anthropologist and museologist Nji Ncharé Tare Nji Loumpet and Nji Oumarou Ncharé (Director of the Royal Museum in Foumban), as well as the curator Réné Poundé, Flaubert Ambroise Taboue Nouaye (Association Patrimoine Echanges et Developpement), Albertin Koupgang (Curator of the Museum in Bandjoun), and El Hadj Sultan Ibrahim Mbombo Njoya, the grandson of Sultan Ibrahim Njoya.

The oil painting Mandu Yenu (Reversed) shows the throne Ibrahim Njoyas, mirrored. It is based on an official press photo that Majewski received from the Staatliche Museen Berlin and that had already arrived in reverse. The throne thus becomes a “spectrum”, an image that takes its course from the exile of the actual object in the museum in Berlin via its photography for the Western public into an oil painting of European tradition, to one day make its way back to the palace museum in Foumban, built by the sultan’s grandson. 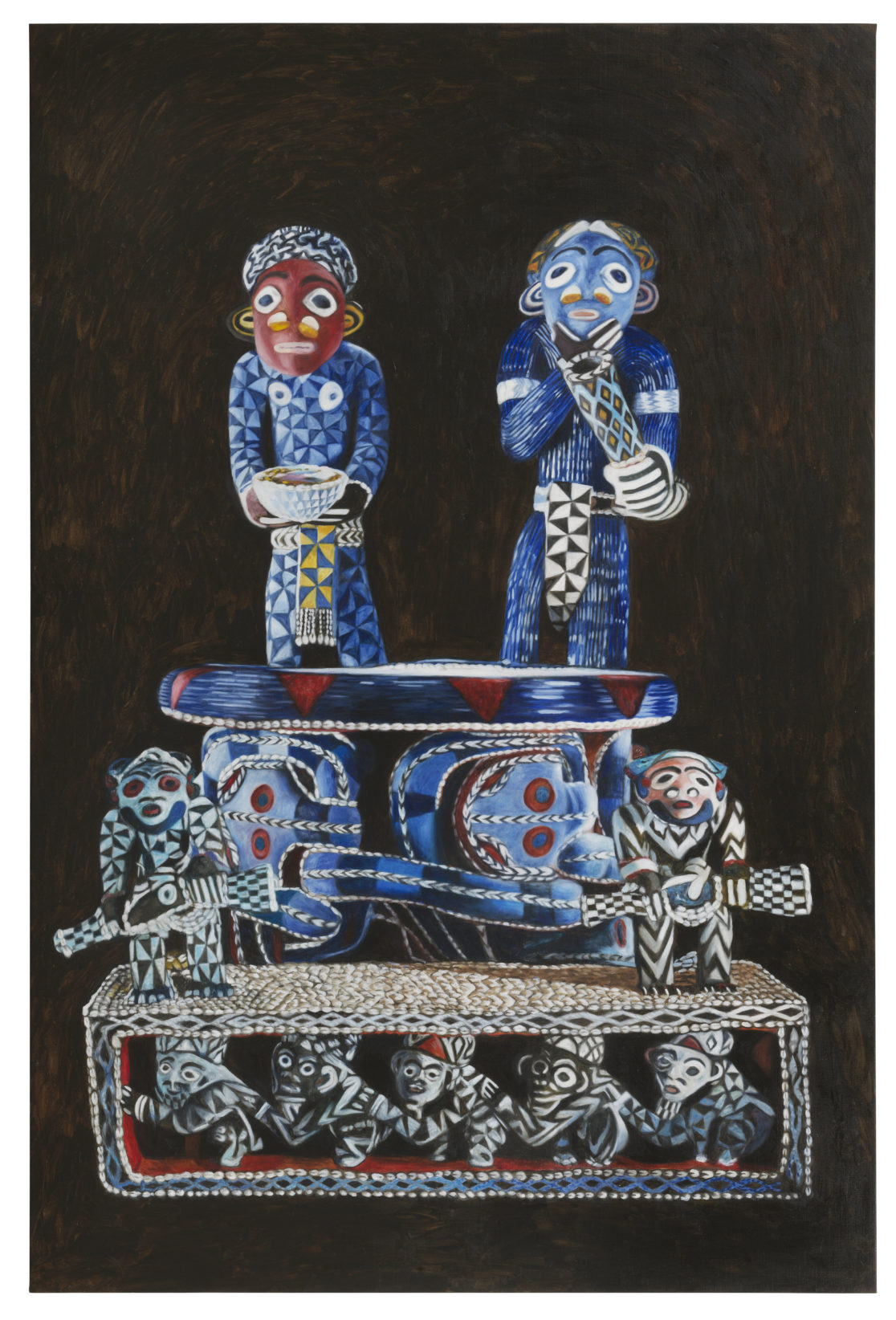 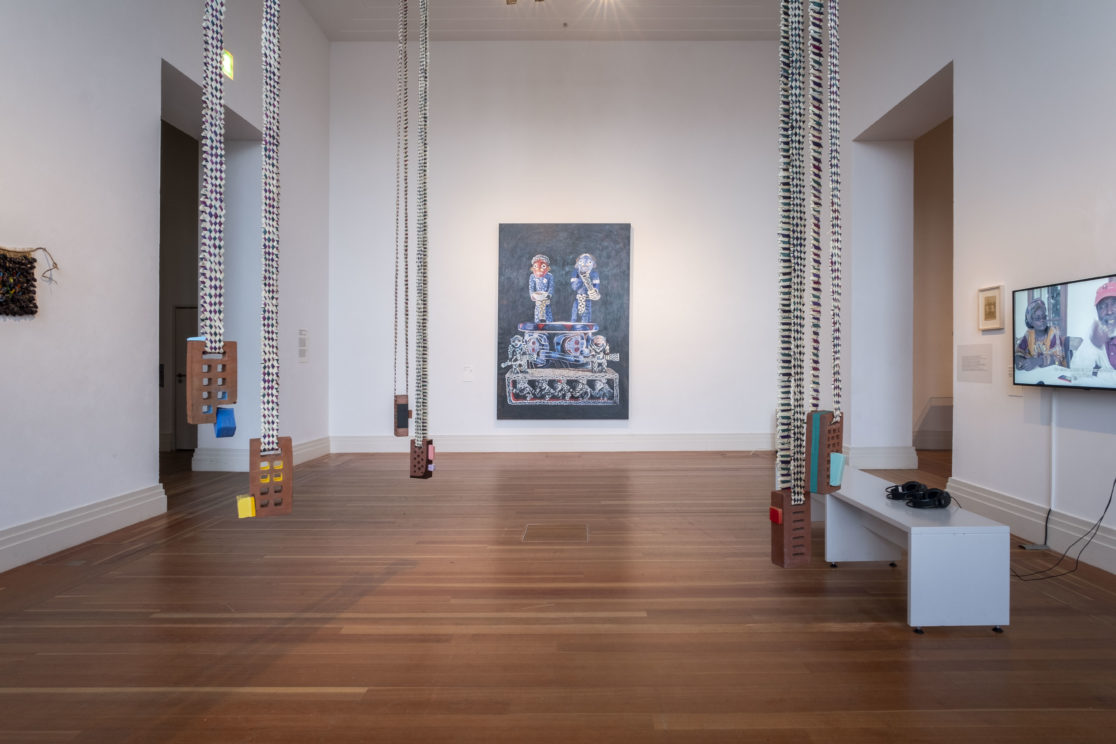 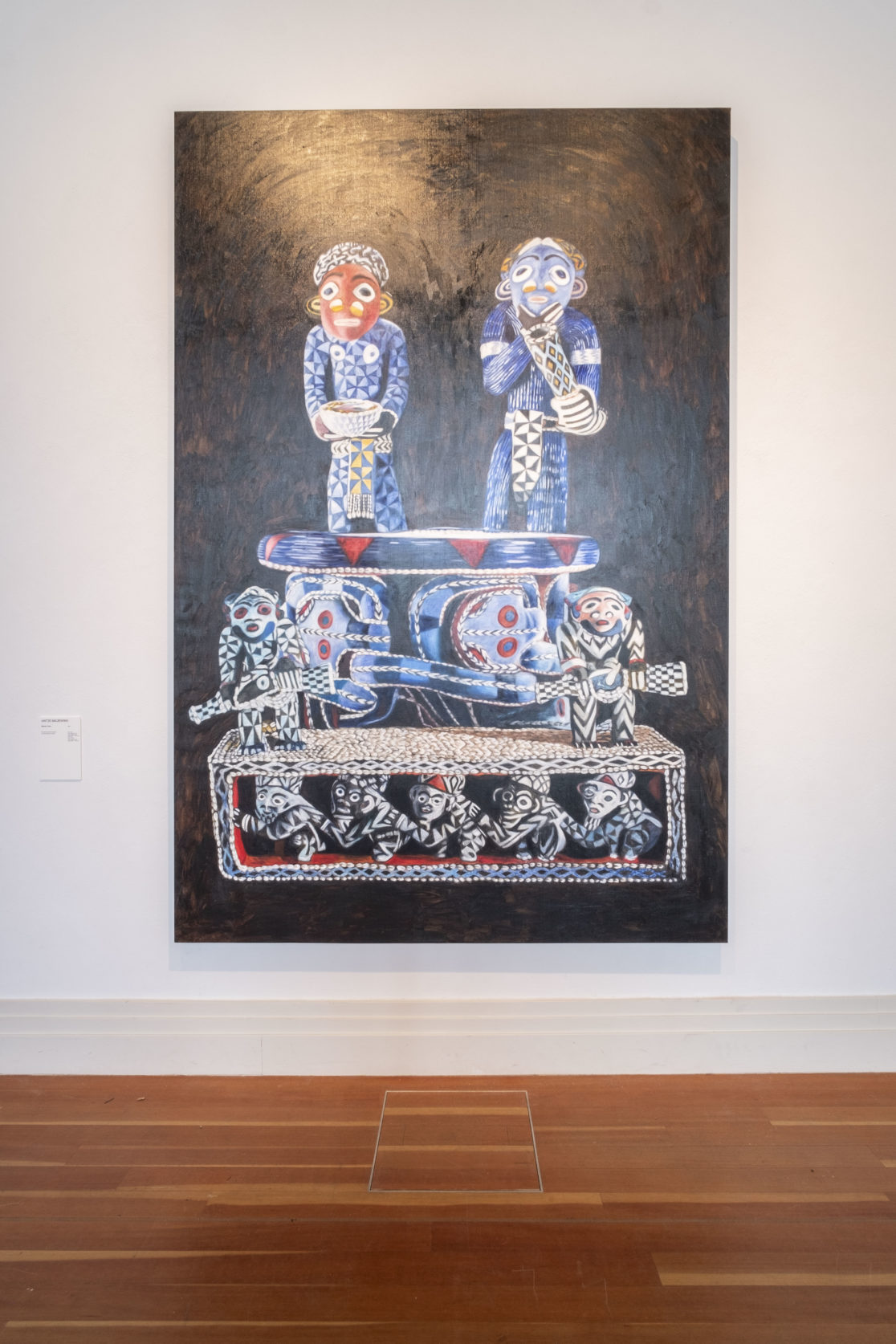 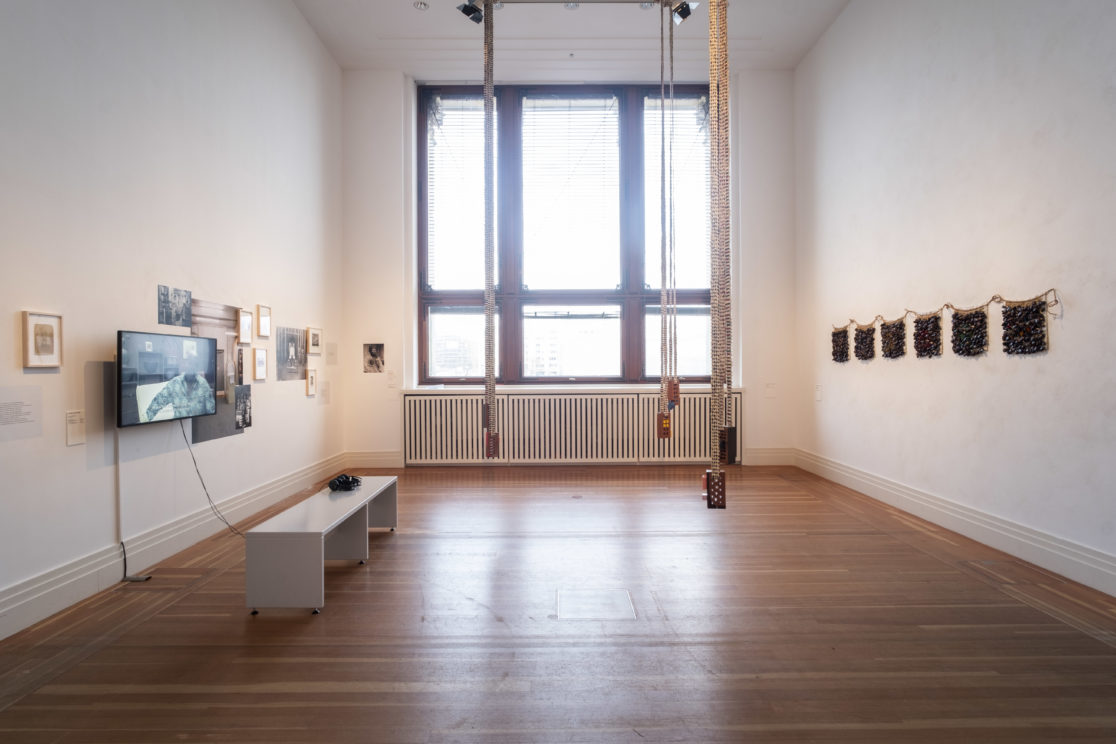