Legende was an evening of short films, mostly by artists, which I curated in collaboration with Anke Kempkes. It was shown in the Kino Arsenal cinema in Berlin and in the Kunsthaus Kino Köln in 2003.

Bas Jan Ader’s films are legends in themselves. Other films made use of existing legends, as does The Sum of the earth by Steve Claydon and Neil Chapman with The Warriors, or Dance by Jan Eilhardt with famous music video choreographies. For ever and ever by De Rijke / De Rooij takes Bollywood elements to tell us about time and love; and Anna Gaskell’s half life shows a contemporary Ophelia in the water.

Many of the films used and created a strange atmosphere: Blood dripping off of the buildings and giant ads on Times Square as Delia Gonzalez and Gavin Russom hold out their arms and spin around and around (Day of Blood); an adolescent describing his suburb and relationship to his mother in an intense monologue (Ingo Niermann / Barbara Gies, Stein vor Stein); a black-clad female figure sits in the twilight at the ocean, where jellyfish are moving quietly and elegantly (Nairy Baghramian, phantoms keeping watch); a teenage girl living in a gloomy house in the forest runs away from her parents, grabs a gun and shoots a sheep (Salla Tykkä, Thriller); a man takes the tram to the forest, discards his clothes and wanders about freely (Pawel Althamer, Self portrait).

Some of the films were shown for the first time in public: the films by Nairy Baghramian and Jan Eilhardt had just been finished, and Kai Althoff’s video Dirk Fritjof Waanders in Göttingen had never been screened before; most of them had never been shown on a big cinema screen with a good audio system. In the case of Sally Tykkä’s Thriller, a 35 mm film that is usually shown as a video in art contexts, I had always dreamed of seeing it in the original quality. Mathilde Rosier’s intriguing music to Le massacre des Animaux was great to listen to in a big space as we watched the light change ever so slowly between night and day on a bush in the park of Versailles; so was the music by noise music legend Christoph de Babalon for Markus Dinig’s and his video Blackdream with found footage material of catastrophic character; or the music by donAteller to Mark Leckey’s video LONDONATELLA, in which London is burning while a dandy sings: “I’m the one and only dominator”. 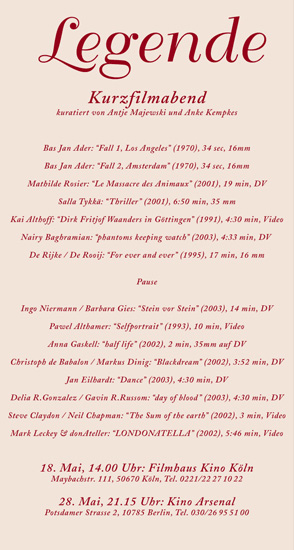 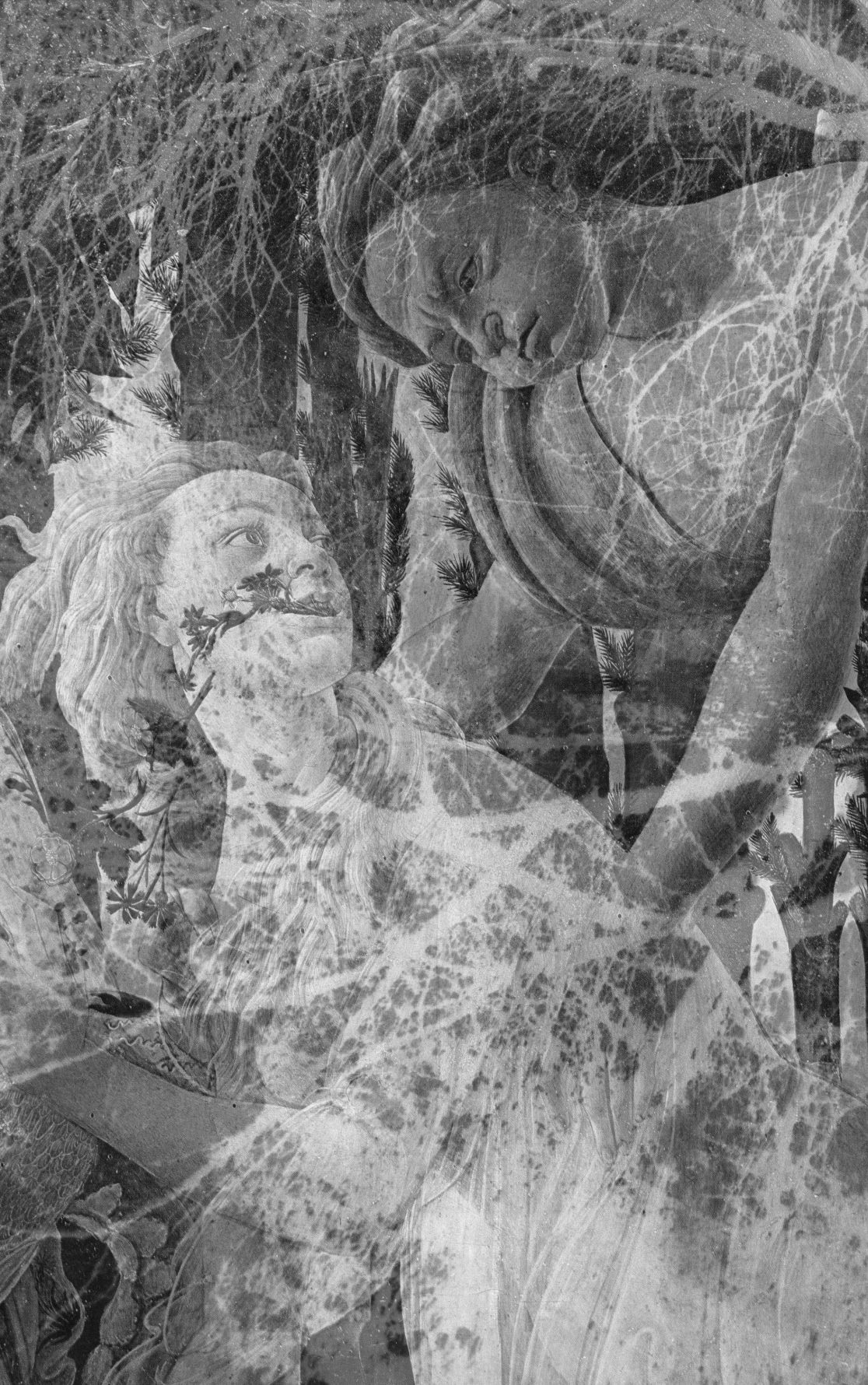