Silber auf Kupfer (Denkmal für Paul Rosbaud), which translates as Silver on Copper (Memorial for PaulRosbaud) was part of the group show Atomkrieg (Nuclear War), curated by Ingo Niermann and myself at Kunsthaus Dresden in 2004. The painting is done on untreated copper, and shows a piece of jewelry made by Frank Frink (born Fink), a character from Philip K. Dick’s novel The Man in the High Castle (1962), and is my Medal of Honor for the German spy Paul Rosbaud. In my text for the exhibition catalogue, I combine my own historical research on the story of Paul Rosbaud who, towards the end of WW II, tried in vain to betray the secrets concerning German nuclear bomb research to the Americans (which, had he succeeded, would have made the American deployment of the nuclear bomb inexcusable) with the Philip K. Dick novel, a world scenario in which Germany and Japan have won the war. Frink, a secretly Jewish, American artisan, suddenly manages to create a piece of jewelry that the Japanese see as containing Mu (or, in Chinese, Wú)—the emptiness of the spirit, or the Nothing sought by both Chinese and Japanese philosophy, which is supposedly incomprehensible to the base American race. This piece of jewelry also allows Frink a glimpse into the real world in which the Japanese have actually lost the war. Since Frank Frink doesn’t exist and I didn’t dare claim to have invented something with inherent Wú myself, the piece of jewelry is, in fact, a piece of natural silver from a mineralogical museum.

The work was made for the exhibition Atomkrieg, curated by Ingo Niermann and Antje Majewski in Kunsthaus Dresden, 2004 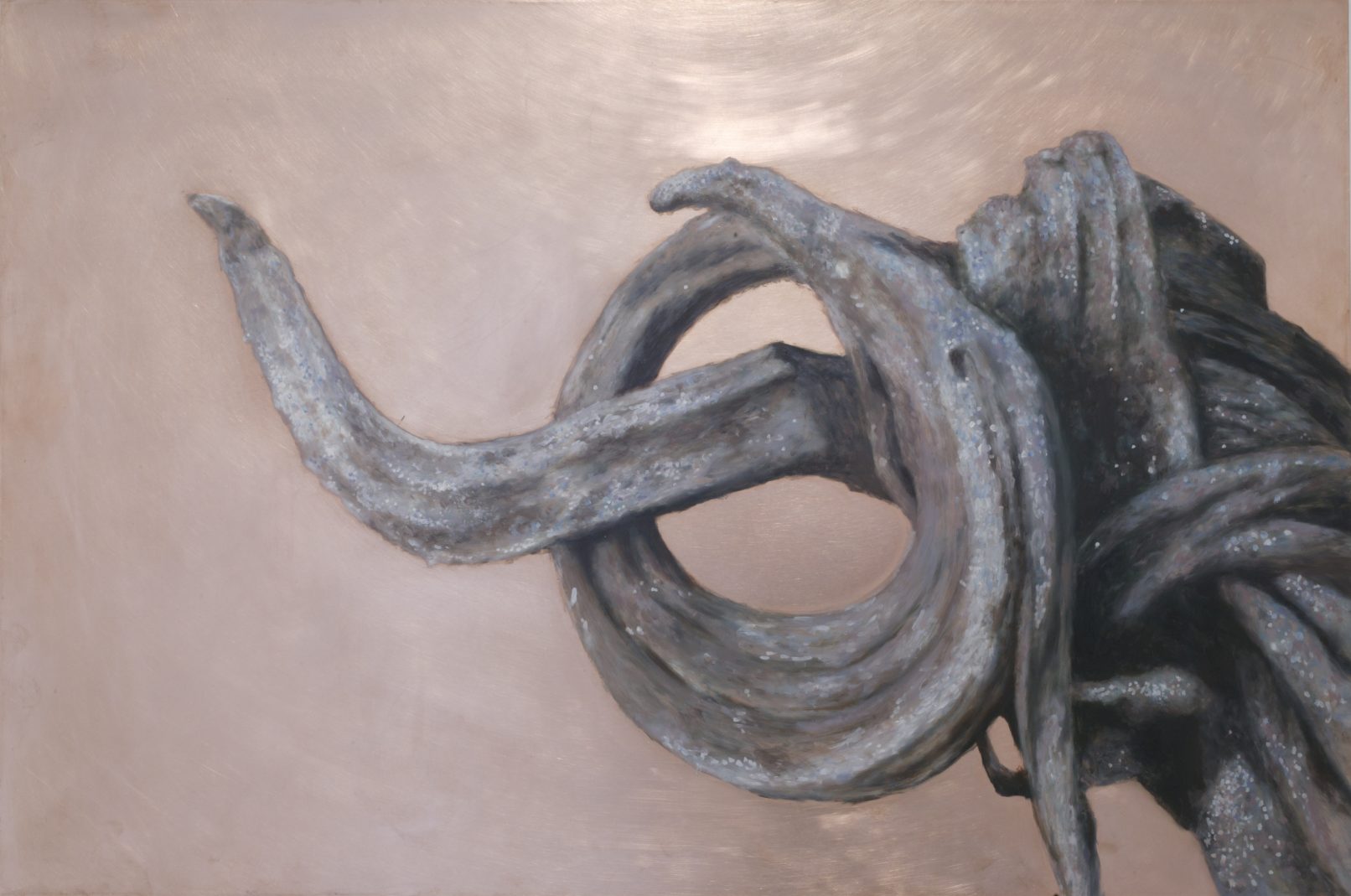